The draft will be awarded military tickets with special marks. 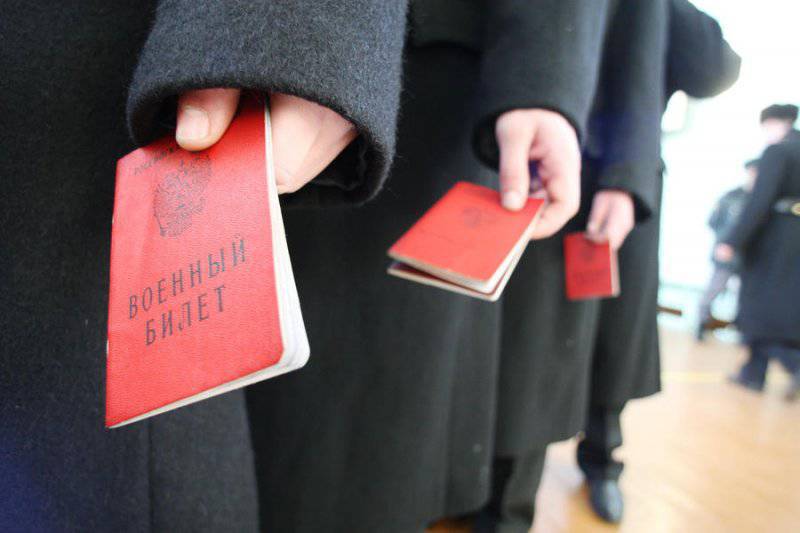 The Ministry of Defense is preparing amendments to the Regulations on the draft for military service, according to which the military registration and enlistment offices will put special marks on military cards of citizens who have not served.


This summer, a law came into force aimed at increasing the attractiveness of military service and prohibiting the adoption of draft dodgers to the state service. But the problem is that now the employer cannot find out for what reason his employee didn’t do military service (illness, study, family problems or simply unwillingness): the “place” column remains empty, as a last resort, there appears a corresponding comment .

However, in the future military notes are likely to put special marks. So now if a person came for a military ID only in 27 years (that is, when, by law, he can no longer be called up for military service), the road to state structures will be “ordered” to him. This writes today, "Rossiyskaya Gazeta".

By the way, a few months ago, the media discussed a proposal not to give military draft dodgers to deviation, but to replace them with a special certificate from the military registration and enlistment office. It was assumed that such a document is not confusing employers. However, the military is not considering this option yet.

According to statistics, last year about 250 thou. Citizens of draft age avoided serving the agenda without good reason, that is, they can already be considered draft dodgers. Formally, a prison term is threatened for this, but in practice the case is limited to a fine of several hundred rubles, the RG stresses.

Ctrl Enter
Noticed oshЫbku Highlight text and press. Ctrl + Enter
We are
The railway bypassing Ukraine will be in 2017!Azerbaijan hosted a military parade
Military Reviewin Yandex News
Military Reviewin Google News
65 comments
Information
Dear reader, to leave comments on the publication, you must to register.