China is on the economic anti-record 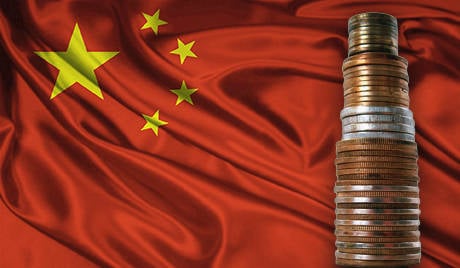 ] Amid constant reports of a new wave of global crisis, Chinese analytical agencies are adding fuel to the flames. The State Statistics Committee of the People's Republic of China has published a material in which it is informed about the next adjustment of the volume of economic growth in the country this year. Back at the end of spring, Chinese analysts said that the final growth in China would be 7,8%, but on September 2 they were forced to lower the bar by another 0,1%.
European and American analysts say that the Chinese economy may add to the contrary by the end of the year. But if we take into account that Western analytical agencies predicted Chinese growth at the level of 7,4% in the summer, then now the Chinese, Europeans and Americans predicted almost the same - 7,6-7,7% for 2013 a year.
If the figures for Chinese growth at the end of this year are exactly the same, then this means a new anti-record for the PRC. This is the lowest growth rate since 2000. And although for many economies of the world (for the Russian, too), the growth bar in 7,7% per annum looks impressive, this figure is not impressive for the Chinese. The main reason, according to the Chinese themselves, is that competing companies have mastered the business of manufacturing equipment in other countries where labor is even cheaper than in China. If TVs, computers or dishwashers 3-4 was supplied to the Russian market by China at the level of 80% of Russian imports, but today Malaysia, Taiwan, Indonesia and other countries of Southeast Asia are pushing China.
In order to boost economic growth, Chinese economists propose to revise the yuan's rate in the direction of cheaper prices against the dollar and the euro. This could lead to new tensions in economic relations between Beijing and Washington. Even today, American authorities blame China for artificially undervaluing the yuan. The new depreciation will infuriate the United States. But after all, it is not the first time when China can respond to all bursts of Washington’s rage with Asian calmness.
Russian economists have concerns that the low rates of growth in the Chinese economy may lead to an even greater decline in the growth of the Russian economy. The reason they see in the 25-year oil supply contract concluded with China. The decline in growth in China may lead to a revision in the oil needs of China, which is not the best option for Russia right now.
Ctrl Enter
Noticed oshЫbku Highlight text and press. Ctrl + Enter
We are
New photos of the Chinese fighter Chengdu J-20
Military Reviewin Yandex News
Military Reviewin Google News
2 comments
Information
Dear reader, to leave comments on the publication, you must to register.