The gods of the big battalions. The world after the dismantling of international law 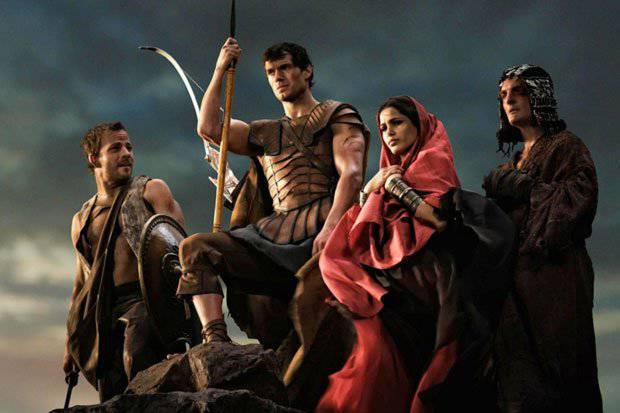 The most important outcome of the “Syrian incident” will certainly not be the victory of one or another of the parties or the attainment of a compromise (although this factor is also significant: most likely, it is he who will finally determine the nature of wars in the 21st century).

The most important result of the far from finished “Syrian incident” has already become, in fact, the final act of actually dismantling the entire system of international law that took shape after World War II. For some, this is already an obvious fact, but it's time to describe how this very world will look after the dismantling of the law.

But to begin with, we recall, so to speak, the “stages of a long journey”.

The point there was not even the first, since the Second World War, the bombing of a European city. Just after Yugoslavia, with its Kosovo finale, it somehow became ridiculous to talk about the principle of inviolability of borders, sacred during the times of the Cold War.

After the second, “Iraqi” stage, it became clear that the objectionable regime of a sovereign state could be changed through external military intervention: even the USSR in Afghanistan did not act so frankly and cynically. Although then he was strongly condemned by all progressive humanity.

The third stage was Libya, an example of an operation in which not only showed how arbitrarily, with appropriate military power, it is possible to interpret any, even the most innocent resolutions. But he also enriched world politics with the famous “wow!” In response to the cannibal killing of an old man who had been cornered and recently kissed his cheeks and allowed him to smash his Bedouin tent on the lawn in front of the White House. But that is not all: the silently “swallowed” murder of the American ambassador is also an unprecedented case. It’s just that, unlike the incomprehensible “Syrian chemistry”, it is such an adequate reason for declaring war that even Russia and China wouldn’t have dared to object exactly and decisively: the ambassador’s figure is sacred, he personifies the country .

The fourth stage is Cyprus, which showed the unreliability and holy of holies of the “Western world” (recognized as such, by the way, by default, and with us) - the inviolability of private property. Essentially, apart from the fact “whose money was washed there” is, above all, a precedent. Now, if you do not manage to protect yourself, you may, under certain circumstances, be robbed in broad daylight, and in this case the police will call you completely useless. The blow, of course, to the established international system of relations is the most terrible. At the very least, it is equal to the “Yugoslavian” one, and maybe even more terrible.

If the United States does strike a blow on Syria bypassing the UN Security Council (otherwise it will not work, while Russia and China are in the Security Council), then the Security Council will have to be stupidly dismissed, as well as the UN itself. For there will no longer be any sense at all to keep this empty, meaningless in this world and absolutely not decisive organization. Of course, no one will do this directly, head to head: they will abide by polite and be used for image purposes until the last, but there will be no other functions except, so to speak, “representative”. And if to be expressed quite precisely - then, most likely, this is not a forecast, but a statement of an already existing state of affairs.

But it is - a common place. I'm talking about something else.

The main thing is what it is. From now on, all cute words like “veto rights” and “majority of votes in the international community” have a new meaning.

The “veto right” of the Russian Federation, for example, from now on will be referred to as the Nuclear Deterrence Force (SNF) and located in mines, on strategic bombers and submarines, and not in the corridors of the famous New York UN building.

Those. in the absence of execution by all countries, regardless of the power of the state, of laws, the world begins to live, as they say, “by concepts”. And God again takes the side of the "big battalions." Which, by the way, is bad news first of all, not even for superpowers, such as Russia and China (for us, in general, nothing will change much, we have these “big battalions”. And it’s unlikely that anyone will be able to test them for strength in current conditions ).

But it seems to me that the border states are, from now on, will continue to be bullshit purely by concepts, from the heart: like stalls and trays in the markets at the beginning of 90's. And something tells me that Russia, too, will take quite a reasonable part in this process: live with wolves, as they say.

Ctrl Enter
Noticed oshЫbku Highlight text and press. Ctrl + Enter
We are
The world we leave, the world we enter, and the world between themMilitary reform as an integral part of the security concept of the Russian Federation: Systematic dynamic assessment
104 comments
Information
Dear reader, to leave comments on the publication, you must to register.