Weekdays of the Far Eastern Federal District: Ivanovich was changed to Petrovich

2 September 2013
65
During a visit to the flood-affected Far East region of the country, President Vladimir Putin announced that instead of Viktor Ishayev, the new presidential envoy to the Far Eastern Federal District would be the current presidential aide Yury Trutnev. The president said that the resignation of Viktor Ishayev from this post does not need to be associated with the situation with the flood in the Far East. Vladimir Putin spoke in the spirit of replacing Ishayev with Trutnev — a planned one, and Viktor Ivanovich (Ishayev) himself knew about it. At the same time, Viktor Ivanovich’s appearance said that this kind of knowledge came to the presidential envoy in the country's easternmost federal district and part-time minister for the development of the Far East only recently, and the head of state’s order remains uncomplaining ... 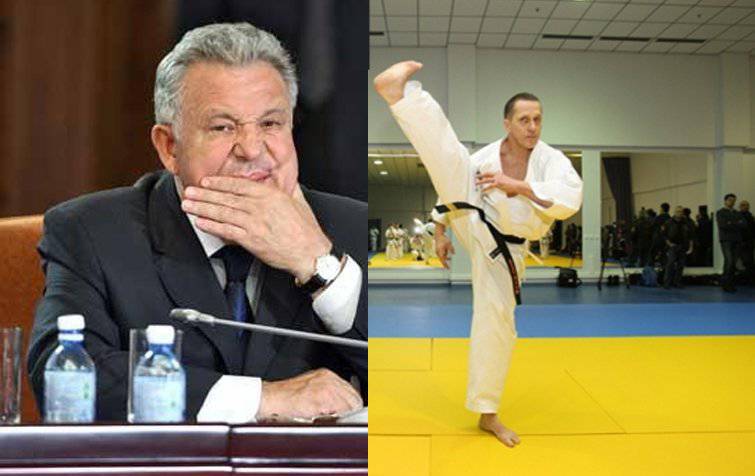 So, Viktor Ishayev held out on two posts (permanent representative and federal minister) for a year and three months. During his work in these statuses in the region, one can note the holding of the APEC summit in September 2012 on Russky Island. Immediately after this representative forum, episodes of corruption and fraudulent schemes began to surface, according to which officials and managers of large companies acted. In particular, the ex-deputy minister of regional development Roman Panov was awaiting criminal prosecution for a scam in the amount of more than 90 million budget rubles. Oleg Bukalov, who headed the Far Eastern Directorate of the Ministry of Regional Development, lost his post. Financial checks are continuing to finance contractors from the amount of funds allocated by the federal center.

Criticism extended to Ishayev himself, who was blamed for not being able to control the spending of monetary resources allocated from the budget at the last stage of preparation for the summit. Criticism was directed at Ishayev also due to the fact that under his leadership in the Far Eastern Federal District the unemployment rate continued to remain higher than the average for Russia (official statistics from the Federal State Statistics Service: 6,4% - in the DFO, 5,4% - in the whole of Russia). At the same time, the level of private investment during Ishaev’s time at important posts has significantly decreased.

Ishaev was also reminded of the lack of effective steps aimed at improving the demographic situation in the region. The population outflow from the region since June 2012 has increased by about 4%, which has led to a continued decline in the number of residents in the district. Today, the entire territory of the Far Eastern Federal District is inhabited by just 6,25 million people, which is about 4,35% of the population of the whole of Russia.

Certainly, expecting Viktor Ishayev to work as Minister for Development of the Far East and Permanent Representative of the President in the DFO like the mythical Hercules for a year and a little to clean all Augean stables, at the same time increasing the birth rate among the local population and the attractiveness of the region for private investors. But "above" they decided that Viktor Ivanovich as the official responsible for prosperity in the Far East had no prospects, and therefore, Ishaev should be replaced in all his posts as a matter of urgency. It is noteworthy that this decision was announced precisely at the time when the Far East had covered with a tremendous flood, to eliminate the consequences of which, according to the most modest calculations, at least 30 billion rubles would be required.

It is not known how much the head of state was disturbed by Viktor Ishaev’s not quite intelligible work on raising the prestige of the region, reducing unemployment and attracting private investment, but it can be assumed that the president was concerned about the future distribution in the DFO of funds allocated from the state budget to eliminate the consequences of large-scale flooding. At least, the decision to remove Ishayev at this very moment leads to certain thoughts.

If so, then it turns out that Putin does not trust Ishayev as a controller of financial flows. They say that once I burned at the APEC summit, it means that we need to take into account previous experience, and not give Ishaev a new chance.

But if there is no trust in Ishayev, then it turns out that such representatives of higher authorities have trust in Trutnev? .. How is it supported?

Trutnev for 8 years was the head of the Ministry of Natural Resources and Environment, and of these eight years 4 he worked under the direct command of Vladimir Putin in the Cabinet headed by that Cabinet. It is noteworthy that it was at this time that Yury Trutnev managed to set fantastic records in terms of income among all members of the government. For example, in 2009, Yury Petrovich earned 155 million rubles, and in 2012, more than 210 million rubles. Yury Trutnev's fascination with not cheap means of transportation is also worth noting. According to the declaration, Yury Petrovich has the following fleet: “Porshe Cayenne Turbo”, “Maserati GranTurismo”, “Volkswagen Touareg”, “Nissan Patrol”. As they say, there is plenty to choose from during inspection trips to the Far East ...

After leaving the government, Yury Trutnev did not remain behind the fence of power. He had to relocate to the position of assistant to the head of state, from where 31 August 2013, he was again transferred to the government, appointing the deputy chairman of the head of state in the FEFD as his deputy. Now, in his new status, Yury Petrovich will have to exercise control over the expenditure of the allocated funds for the elimination of emergency situations in the Far East. However, not only that ...

From the press service of Vladimir Putin, it was reported that the Ministry of East Development after Ishayev’s resignation may undergo significant structural changes. Trutnev immediately stated that first of all about the appointment of a new head of this ministry, and that he (Trutnev himself) already has some thoughts about a possible candidate. Who specifically had in mind the new permanent representative in the DFO and Deputy Prime Minister, he did not specify. Perhaps this will be another person from, as they say now, the “team”, which outwardly experiences some modifications, but, in fact, consists of the same surnames.

What will the next shuffle of this "team" lead to? I would like to believe that to the real development of the Far East, and not exclusively to the replenishment of fleets and residential funds of its representatives.

Ctrl Enter
Noticed oshЫbku Highlight text and press. Ctrl + Enter
We are
How is the program "1 ha in the Far East"?Chess on the Far Eastern board: Putin’s Shah to Minister Ishaev
65 comments
Information
Dear reader, to leave comments on the publication, you must to register.