And why is Syria?

August 29 2013
27
A huge number of questions asked from different angles, and the same amount of reasoning about "And why is Syria after all" ... I would like to briefly and on my fingers present the program of one of the acts in the play, played out on the planet according to the scenario of Western countries, America and England ... 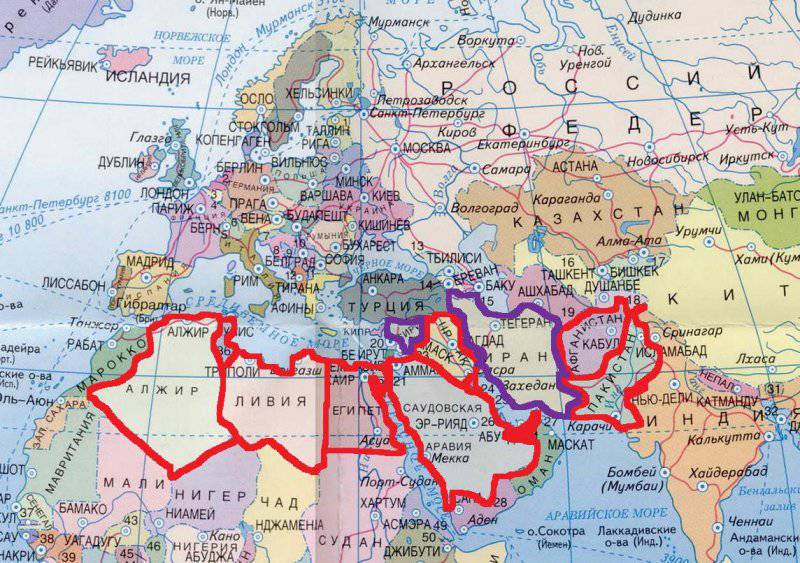 Only Syria and Iran remained in this arc, not included in the global scenario for saving the existing system of economic and political governance of the world.

The existing system of trade and economic management of world finances has a significant flaw - accumulation over time of unsolvable contradictions in the monetary balance of trade relations, due to the constant flow of money unsecured by goods, but there is also a salutary moment - the ability to reboot by leveling the conflicts that occurred in the crucible of war.

From 2003 onwards, with the suggestion of Russia, the idea of ​​replacing the existing system began to advance, but this is not necessary for the West, England and America, because in economics, everything is built on their patterns and they play the main violin in global governance. And in the new system it may be better from an economic point of view, but they may have the best violin, but not the main one. And therefore, closing the above described arc, the civilization of the sea solves two problems at once: the first is to reboot its system ..., the second is to control the impossibility of the prerequisites for changing its management system in the future, through the possibility of global pricing control on the planet’s hydrocarbons. As well as China’s cut-off from Iran, not allowing China to feed its economy uncontrollably from the West with energy. And the main thing is the staging of Russia for countries that simply extract resources but do not play geopolitics.

If this scenario is not completed, the world will simply need to accept changes in the global governance system and recognize America’s complete default, and this is tantamount to losing it as a global player, and indeed a possible collapse into the states of which it is now composed. That is why we are witnessing the manic stubbornness of the top officials of Western countries in promoting the started script in any way.

The most paradoxical thing is that the West does not even want to consider alternative options, believing that everything is already decided, and who does not agree, these are problems of those who disagree. And he is so resolute in the completion of the scenario that he has begun, that he is ready to violate the established norms and rules of international law, which will ultimately lead to the destruction of their scenario, but through blood, suffering and destruction.