August 29 2013
35
This year, a serious rivalry for presidential grants unfolded between the most diverse non-profit organizations. Hundreds of NPOs took part in the competition for receiving the nth sum from the state to perform a certain type of work, submitting a total of more than 1200 applications. Moreover, among those who submitted such applications were organizations with, let's say, a pro-presidential vector of activity, and obviously oppositional NGOs, a certain number of whom even managed to appear as foreign agents (for example, Levada Center and the For Human Rights movement). 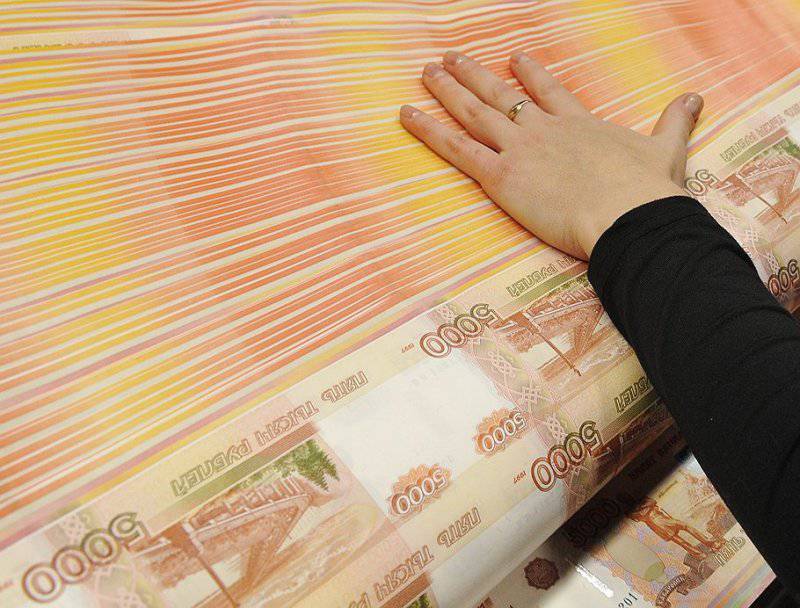 On the possibility of issuing presidential grants to “non-systemic” NPOs, Vladimir Putin spoke about it when he visited the youth forum on Seliger. In the initiative expressed by the president, it was possible to trace the desire of the head of state to somewhat smooth out the sharp edges that were formed between the government and opposition non-profit organizations after the adoption of the law on NGOs, financed from abroad.

The total fund allocated for grants from the president this year amounted to a record amount of 2,32 billion rubles. At the same time, the mentioned 2,32 billion is money from the federal budget. In addition to these funds, the state distributes among the worthy, in the opinion of several specially created commissions, 630 million rubles more organizations through federal subsidies to regional budgets. In other words, 2,32 billion - as if personally from the president, and 630 million - as if from regional representatives.

All the responsibility for choosing worthy lay on the shoulders of half a dozen of those organizations that, apparently, the state fully decided to trust. These include: the National Charitable Foundation, the Knowledge Society, the ISEPI Foundation at the All-Russian People’s Front, the Russian Union of Youth, the Institute of Civil Society Problems, and the National Health League. It was these structures that were supposed to distribute the money allocated to support the work of worthy, according to the president and his representatives, NGOs.

As a result, out of the applications filed by 1200, a positive response from the commission was found around 250. And the satisfied bids were very mixed, and this, apparently, should have demonstrated that the state is not going to focus exclusively on the support of pro-Kremlin organizations and foundations. Supporting the diversity of views is a good thing, but only some of the approved projects still leave a certain sediment ... Although, we can judge this. In the end, it is not we who allocate grants, but the state, and, therefore, the state knows better in this case which support projects are worthy ...

Consider some of the NGOs that have received the financial attention of the Russian authorities.

In general, the military-patriotic sector by the commission this time was noted quite actively.

Somewhat surprising is the more than impressive funding of the Institute of Eurasian Studies in the amount of 9,5 million rubles with the average funding level of 3 million. More precisely, it is surprising what kind of work this money was directed on behalf of the president: the project “Great victory gained by unity: the role of the peoples of the Caucasus in the liberation of besieged Leningrad ". Judging by the amount of funding, it seems that someone in our country stubbornly disputes this very role of the Caucasian peoples in breaking the blockade, and the whole institution these people need to prove by all means that "people of Caucasian nationality" showed heroism in breaking the ring a city on the Neva was taken ... Only in the very name of the project does a strange contradiction appear: on the one hand, unity, on the other hand, some special emphasis on the role of exclusively Caucasian peoples? If the conversation is about unity, then why does the party get around the topic of the role, for example, of the inhabitants of the Volga region, Siberia or the Central Black Soil Region in liberating the same besieged Leningrad? .. Why is there any strange division of roles based on ethnicity? ..

Different amounts of funding (up to 1,5 rubles maximum) were received at once by several departments of the Soldiers' Mothers organization. The problem is that in recent years this social movement has also managed to receive numerous conflicting assessments. On the one hand, the Soldiers ’Mothers Committee fulfills the good task of inculcating legal literacy of pre-conscription youth and recruits, as well as those who have already gone" demobilization ", to protect conscripts from non-statutory relations in the army. But there is a reverse side to the activities of this organization. Increasingly, the Committee is turning to those young people who wish to use it for the purposes of, say, a “slope” from the army. And if such appeals become more frequent, it means that there is some return in relation to draft dodgers ... I don’t want to make any definitely negative conclusions about this, but there is something to think about ... I would like to hope that the commission that distributes the means of presidential funding has chosen worthy.

By the way, the leaders of the Soldiers' Mothers movement, despite the fact that their projects were awarded grants from the president, still express their discontent. For example, Ms. Melnikova, who is the executive secretary of the Union of Soldiers ’Mothers Committees, does not understand why the organization she represents was given 1,2 million when she needed exactly 4 million. “For only one rented premises,” Melnikova said, “you need to pay a thousandth 400 debt. Like, not a grant, and so - laughter ...

A total of 9 million rubles will receive such public organizations as "Stopham" and "Piggy against." The first organization draws the attention of the public to the boorish behavior of some drivers, who often confuse sidewalks and pedestrian crossings with parking areas, and, bulging eyes, resent that their violation and boorish behavior are filmed on video with further plans for publication on the Web. The second organization is engaged in the search and demonstration of poor-quality (including expired) products placed on the shelves of stores.

2,8 received a million rubles "Levada Center", about a million rubles of state support received various branches of the "Memorial", which is already recorded in foreign agents. Even Lyudmila Alekseeva with her MHG still retains the chances of receiving presidential financial assistance to continue her activities and develop her organization. Does the ideological fighter against the Russian authorities really take Lyudmila Alekseeva from the “clawed clutches” of federal officials for their Moscow-Helsinki group? How will this dock with its ultra-opposition? Yes, and dock ... Money, as you know, does not smell. Perhaps the mother of the Russian opposition will decide on the reorientation of the work ... Another thing is that the amounts are far from those that came from foreign sources, but for the first time - that's enough ...

In general, the directions of financing from the state budget are different. In this regard, I would like to count on the fact that the commissions for the distribution of grants have approached their work with full responsibility and have not allowed painful punctures. And it will be, to put it mildly, somehow strange, if it turns out that the budget money in our country provides services to draft dodgers, russophobes and adherents of the “white ribbon” ...