What the IMF really is 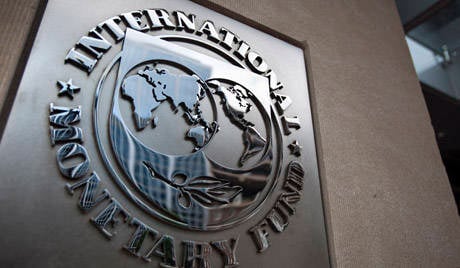 (From the author of the translation. The Hungarian government repaid a loan issued by the International Monetary Fund during the financial and economic crisis in 2008 a year earlier. In this regard, the Hungarian National Bank asked the IMF to close its representative office in Budapest. Before that, the right-conservative press fairly criticized the IMF, below one of these critical articles is presented.)


The rivers of false words from the IMF are flowing again in connection with the early repayment of the loan taken back in 2008. According to critics, it is unnecessary and even offensive for the IMF that we extinguished ahead of schedule. IMF money is cheaper than market sources, so the government actually receives additional expenses on interest servicing, etc. Fake speeches can be provided with a wide platform, including on respectable information channels, because the public in relation to the IMF since its very first visit to our the country was fed abundantly and false information continued to be fed.

Then, the seemingly sensational joining of domestic leading lights covered with sugary speeches. The IMF is providing "help", talking and speaking on the left flank even today. It is ignored that the IMF, instead of helping, gives loans on the most humiliating conditions in the world. Among other things, the return of loans to the organization is more important than the service of all other debts, any state assets can be used in the interests of repayment. Governments are required to provide any information, while the IMF provides information when it wants. The real relations between the country and the fund are masked by the fact that the required adjustment measures, which the IMF actually sees useful, the fund does not formally proclaim, but force the government to sign under them, as if the main desire of the governments is to impose their own people with unaffordable taxes, social obligations, raise the retirement age, close schools and hospitals. These actions are called "structural reforms to equalize the balance." At the moment, the Greeks feel their blessing on themselves, where the economy has already fallen by a good 40 percent, but further "structural reforms" are necessary for success. (At the very time the Greeks learn not to eat and not to live). In 2008, we also kept to this path, like those EU members, for whose “salvation” the IMF called for. Among them, Romania is already awakening. Coalition partners of high rank Viktor Ponta evaluate Hungarian actions as a model example, as opposed to selling family silver in Romania - from freight railways to energy companies. It is necessary to say that the IMF is gradually and today finally becoming the main financial institution for the expansion of global capital. The process took shape, starting with the devaluation of the dollar in 1973 and ending with the change of Eastern European political systems. The flip side of the IMF "help" is that all profitable sectors of the countries being credited fall into the hands of global capital. This was announced by the holy tripartite principle of the Washington Consensus - “privatize, deregulate, liberalize”, giving free rein to global capital.

Meanwhile, global capital not only occupied the IMF, but also plentifully found helpers in the comprador strata of countries in need of "help". Most likely, it was not by chance that the post-communist-neoliberal governments (1981, 1988, 1995, 2008) asked the IMF for “help” in our country four times, with a light heart, seeing a career soar upward, and began to “change the political system”. Thanks to this "help", our economy has practically not grown over the past quarter century, and gross national income is marking time that it was before the change of the political system. And the civilian governments came out of the IMF “aid” programs twice, the last time after the election of 2010 of the year.

The IMF "help service" generously takes care of the governing compradors working in the target countries. In the case of Andrash Shimor, even a monthly salary of eight and a half million forints rose to an important international topic. Because of this, and feared the independence of the Hungarian National Bank. Leading compradors deserve international fame, accompanied by repeatedly strengthened support in the domestic media. Bokros and Shurani bathed for many years in the beams of searchlights that illuminated a fantastic financial duet. They also spread complete immunity, no matter what they do and whatever they do. But to talk about the latter is taboo, and, naturally, it is politically very incorrect. (CW-bank case, bank consolidations, exchange of debts of the Central Bank or just today - the real nature of foreign currency loans, etc.) Our compradors are always waiting for high-paying international work, if powdering brains in the homeland is already useless and discontent boils.

You need to know about the above before assessing the true role of the IMF. But you need to answer the false arguments of compradors. When the IMF gave money in 2008, the situation was such that no one gave us anything expensive or cheap. It is a fact. But critics of early repayment do not calculate the profits that the IMF extorted to the detriment of the country and in favor of international capital on the basis of the "declaration of intent" of the liberal-socialist government. In fact, this is also the price of "help", only comprador speakers are happy to forget about it. No need to be mistaken, the market is not angry because our country got rid of the IMF, even the opposite. As proof of this - reducing the risk level of our creditworthiness in the markets in spite of all the efforts of rating agencies.


The IMF is an institution that, through its intervention for decades, has supported an erroneous international system of financial relations from the very beginning, doomed to an imbalance - that is, it is an organization for correcting mistakes. For such is the financial system on a dollar basis after the Second World War. But the planned imbalances have solid beneficiaries. This was indicated already in 1944 by Keynes, a well-known English economist, saying that the planned system will always lead to disruptions in the balance of payments. To eliminate them, a police organization was needed - the IMF, with the help of the dictates of which in countries with an imbalance would be put in order. They did not listen to Keynes in 1920 either, when, having thrown back the Wilson principles, they created the dictates of the post-war peace system in the suburbs of Paris. Keynes, enraged, walked through the streets of Paris, seeing in front of him the coming world conflagration. The years between the two world wars, he considered protracted truce. Our country joined the IMF in 1981, when there were no chances to level the current financial imbalance called “economic reforms”, and the Soviet protective financial umbrella never worked.


PS “The Expulsion of the IMF” takes place against the background of contradictions with the European Union. The picture of the synchronicity of these contradictions, I tried to present here.

Ctrl Enter
Noticed oshЫbku Highlight text and press. Ctrl + Enter
We are
HSBC hosted the dirty money of dictators and arms dealers ("The International Consortium of Investigative Journalists", USA)Situational analysis of the death of the MH17 flight (Malaysian Boeing 777), made on the basis of engineering analysis from 15.08.2014
Military Reviewin Yandex News
Military Reviewin Google News
12 comments
Information
Dear reader, to leave comments on the publication, you must sign in.