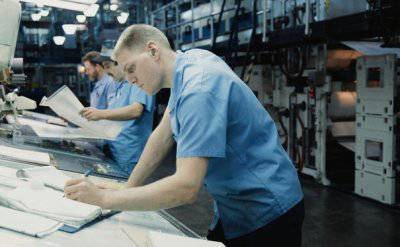 It's no secret that in Russia the majority of citizens are somewhat suspicious of the activities of newly created innovative projects, which include such an organization as Skolkovo? .. Russians are suspicious about the transparency, efficiency and benefits of the work of the aforementioned “science city” and other similar organizations. Some people believe that the criticism is fair, others (certain members of the government, for example) believe that criticism is generally groundless. At the same time, information comes from Skolkovo itself, which should demonstrate to us and you that, when launching critical arrows at this organization, we are deeply ignorant, and that it is time for us to look more objectively at this subject.


As such information, what is called, first-hand, it is possible to name the report of the Skolkovtsy published not so long ago about how the labor market in Russia and the world will change in the coming years. It must be admitted that the study aroused interest, if only because its results cannot be called trivial. So, about everything in order.

Specialists from Moscow School of Management (Moscow School of Management) at Skolkovo conducted without a doubt a unique study, the results of which were to demonstrate to the current youth which profession to choose one representative or another today, so as not to be left without work tomorrow. The described purpose of the study looks truly good, because according to the latest estimates of the main labor department, today in the Russian Federation the highest unemployment rates are among young people (about 30%).

The staff of Skolkovo Moscow School of Management and the Agency for Strategic Initiatives approached the task set before them with full responsibility, and announced the following results of their work.

If you believe those who conducted this study, and still, if you believe that it was conducted at all, then today's students after receiving a certificate should choose professions that are not familiar today. Skolkovtsy urge to abandon the idea of ​​obtaining legal and economic education, they doubt the idea of ​​obtaining a classical engineering specialty, complete obstruction of those who are going to work as a postman, a journalist, a travel agent, a machinist, a seamstress, an accountant, a traffic police inspector or a lecturer ... But on the first places in the future popularity of "Skolkovo" market researchers put such experts as cyber warden, meteoenergetic, the developer of the family trajectory of Vitia, start-up, Mom and GMO-agronomist ...

One of the authors of this work is Pavel Luksha, who works in the above-mentioned LNA. 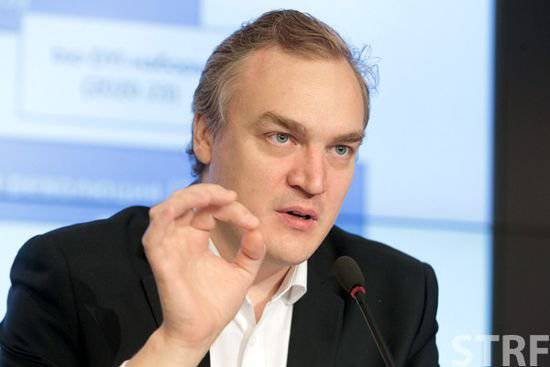 It is he who is sure that after years through 7-8 Russia will no longer need machinists, journalists, traffic cops, seamstresses and lecturers, since the people of these professions can be “easily” replaced by such semi-automaton semi-robots who will take interviews and a lesson will be held, and in the tailoring of military uniform special differences will manifest. The same Mr. Luksha is sure that the Russian labor market will soon be in dire need of those who will be engaged in correcting the reputation of a person or organization on the Internet (the so-called cyber-yard), as well as engaging in innovative business in between child care activities ( start-up-mom). You can’t be sure about the old-up-mom, but Pavel Luksha is trying to master the profession of a cyberdooler, what is called, here and now: he takes an active part in adjusting the reputation of an organization called Skolkovo on the Internet ... How does he do it? - already completely different история...

It is strange that Skolkovo did not indicate the interest of the Russian market in such innovative specialists as, for example, the “catcher of meteorites” or the “accident-free utilizer of ammunition”.

It is also strange that neither the LNA nor the ASI did not notice how successfully such “new” specialists as “merchandisers for officials” work today (those who move the same officials from place to place) and "Opposition managers with knowledge of the English language" ...

After the research results published by Skolkovtsy and ASI representatives, at least a couple of questions arise. Question one: how much did this study cost the Russian budget? The second question is: when will higher education institutions in our country be opened in which graduates will receive diplomas in specialties such as the future cybershoot and start-up-mom?

In the meantime, Skolkovo is preparing answers to these questions, bearing in mind that instead of lecturer Ilya Ponomarev for 750 thousands of dollars, you could invite, for example, a robot lecturer for an even more impressive amount, the Russian Ministry of Education reports on the course of the 2013 admission campaign of the year in Russian universities. It turned out that graduates of domestic schools still do not want to enroll in technical specialties, preferring the humanitarian field of education. The greatest number of applicants desired to receive professions associated with international relations and personnel management. Many interested persons were observed in the field of economic education. Outside the top ten in popularity among applicants were engineering and technology areas. In this regard, even the leading technological universities of the country again experienced problems with the recruitment of students with high scores in the core USE segments.

Education Minister Dmitry Livanov complained that while the demand for specialists with the knowledge and skills of technicians is growing in the Russian economy, the country's higher education institutions continue to focus on training unclaimed personnel with degrees in lawyers and economists. Is it possible that the Russian youth will be persuaded if our president and the prime minister have “crust” of jurisprudence specialists ... And the maxim that not all graduates should be heads of state, for the modern overly ambitious youth does not always work. Maybe even cybers will be more willing to go ...