Ukraine suffered more from “independence” than from the fascist invasion 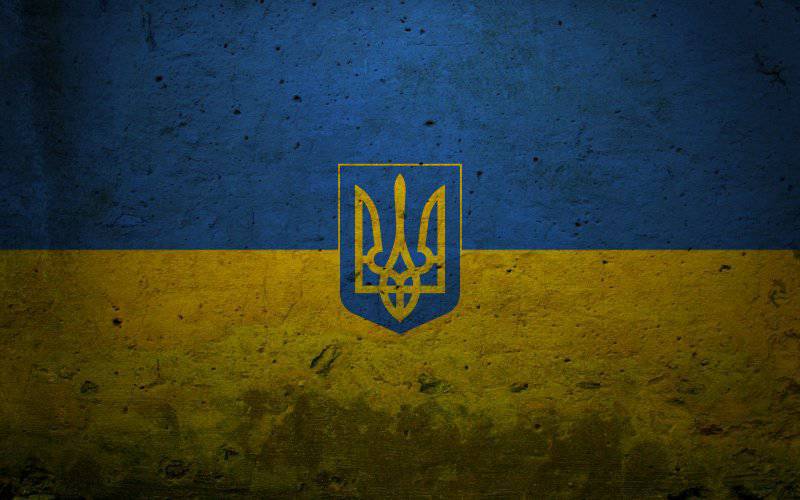 
One of those points that, of course, bring together the citizens of fraternal Russia and Ukraine, is a complete misunderstanding of the meaning of the "Independence Day" celebrated on both sides of the border (we have, however, under a different name). Grammar and logic suggest that this name should be continued. Independence from what?

And immediately there is an awkwardness, because if we take the “Galician” version of interpretation as a basis, which implies that independence from Russia is being celebrated, it will be a lie and just nonsense. Independence is especially evident and indisputable, of course, against the background of trade and gas wars. But there are also much higher matters, the presence of which exposes all the talk about separatism, again with slyness. First of all it история, which, of course, can be rewritten, but still to some limits, so that it does not become absolutely fiction. It so happened that Moscow Russia did not originate at all independently of Kievan Rus: historically it is a single whole.

Particularly piquant is the celebration of the “independence day” of Ukraine in recent years, when Kiev really, so to speak, demonstrates “independence”, or rather, “equidistance” from Russia and Europe. That is what it demonstrates - and, to admit, not very convincingly. Signed a memorandum with the Customs Union, but are preparing to sign an Association Agreement with the European Union. Yes, only the connection between independence and “multi-vector” is not: they are things of a different order. The inevitable, apparently, a rapprochement with Brussels, obviously, will show official Kiev and Yanukovich personally what the price of their independence is. But it will be too late.

Well, happy holidays to you, brothers.

In a conversation with the KM.RU columnist, the well-known Ukrainian political scientist, chairman of the public organization “Russian Community of Ukraine” Konstantin Shurov spoke about his attitude to the holiday “Independence Day of Ukraine”:

- By the time of the collapse of the Soviet Union, not at all voluntary, but programmed (as one of the American leaders recently said: “Thank God, there were traitors on that side”, meaning, obviously, Gorbachev), Ukraine was in 10-m in the world in terms of per capita GDP, and by now it has slipped by this indicator to 59-place. So judge for yourself what it is independent from. Industry was destroyed, and the population’s losses were comparable to those that occurred during World War II, but then there was fighting. Today there is no fighting, and the population is declining. Almost all scientific schools have been destroyed, the number of universities that train specialists for industry has decreased. In industry itself, entire industries have been destroyed, the infrastructure is in a deplorable state.

Thus, over the past 22 of the year, Ukraine gained independence from its right to be among the ten leading industrial countries of the world, to be among the most educated countries of the world, deprived of scientific schools in Kharkov, Kiev, Odessa ... More than a pitiful result. But the worst thing is that the people themselves almost lost faith in the fact that something positive will happen in the near future.

Yes, the Soviet Union collapsed under the slogans of the fight against privileges, partocracy - so what now? Those who have money can go to the West, get an education there and get treatment, and those who have no money cannot. At the same time, free medical care has practically disappeared in Ukraine itself: people cannot afford elementary operations. The operation to remove the gallbladder in the most ordinary hospital costs 1500 dollars. Here is the result of independence.

I do not know what President Yanukovych will say in his congratulatory speech. One of his main proposals at this stage is the path to the West. This is almost the only thing that today in Ukraine heats the soul of the local quasi-elite. She also argues that the Western vector of Ukraine’s policy is an indicator of its independence from Russia. It’s not just the day of some abstract independence that is being celebrated, but quite frankly - independence from Moscow. They are very frankly saying that it is better to have a Dutch, German or French Gestapo in the country than the Russian FSB. Like, if we are so bad for Russia that it cannot reduce the price of gas, we will go to the West. But how will this end? .. However, I believe that after Russia confidently stands on both legs, when the economy is fully operational, of course, work in the south-west direction will be continued by Moscow.

In the meantime, it cannot but surprise that over the past 22 of the year in Russia almost no one has seriously engaged in strengthening the Russian position in Ukraine. If anyone tried, either on his own initiative, or seeking to get grants, but one cannot speak about serious work during all this time. But working with compatriots is the very “soft power” that Russia cannot use in any way in its relations with its closest neighbors. The Russian political elite does not seem to be able to afford to rely on compatriots living in Ukraine. But why? This question must be addressed, including to the highest cabinets. For example, why has Vladimir Putin never met with compatriots in Ukraine for so many years as president? Never, for all three terms!

The point is not to shake hands, but to give confidence to their former fellow citizens that Russia still needs them. What is more important for the Kremlin in the end - the interests of its elites or the interests of those who, by the will of fate after the collapse of the USSR, turned out to be in another country? Suppose that they formally have passports of another state, but they keep a good attitude towards Russia, towards its leadership, and the policy being pursued. They are an important factor in the influence of Russia on the policy of Ukraine, and you can’t buy this for any price. One American politician of the XIX century once said: "What is in his pockets (he meant money) needs to be invested in heads, in thoughts."

At least for today, we don’t know where the money goes from the Russian budget to work with compatriots. And this, in turn, has already turned many people away from real work in this extremely important area. I would like this issue to be resolved as soon as possible. But how long to wait - until the last compatriots in the post-Soviet space die? ..

Ctrl Enter
Noticed oshЫbku Highlight text and press. Ctrl + Enter
We are
A great interview with Sergey Lavrov: about Ukraine, Obama and IranWhat you didn't want to know about England
Military Reviewin Yandex News
Military Reviewin Google News
130 comments
Information
Dear reader, to leave comments on the publication, you must sign in.