Appeal Khabarova L.V. to the citizens of Russia 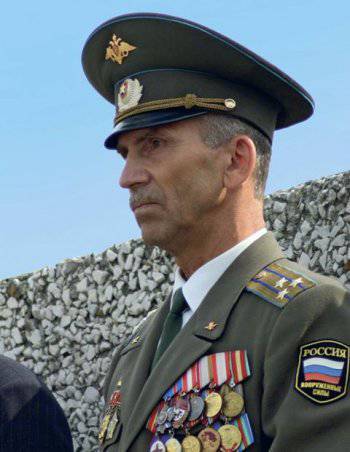 Thank you all very much for supporting and supporting me at this difficult time for me - the period of my existence.

I bring to you the results of the last Supreme Court.

In the course of the process, somewhere closer to the middle of the court, it became clear that everything was already predetermined.

The court was absolutely not interested in what we and our colleague in public activities Kralin VS, our advocates - lawyers, oppose to the absurd charges in the investigation materials and rewritten into a conviction, in the trial protocol by the persons of the Sverdlovsk Regional Court.

The presiding judge interrupted, stopped, even in the “last word”. Although the material presented was directly related to the criminal case.

Especially negatively, the presiding judge reacted sharply when I cited facts of falsification by persons of legal proceedings of the Sverdlovsk Regional Court, as presiding judge Meledin D.V. and state prosecutor Abashev D.T., the facts of their personal interest in the results of the proceedings.

Our evidence of the worst and criminal violation of the Law by the FSB investigator PA Lukichev. and these persons of the Sverdlovsk Regional Court, all of these specific facts are absolutely not interested in the Supreme Court.

Why, then, was this farce only played during the court sessions taking place over the course of 8 months? If during the course of the trial, according to the results of court management, one thing was said and recorded, but sent to a higher instance - the Supreme Court - is completely different. The information is clearly accusatory towards defendants, blocking vile provocations, incitement, staging - the criminal acts of two provocateurs - Gorbachev OS, Botnarya I.I. and the investigator of the FSB, Lukichev PA, fabricated this fake case.

In spite of the fact that in our objections to the Court Records sent to the Sverdlovsk Regional Court and the Supreme Court, we indicated that we have authentic recordings of all the speech information of the court hearings, showing irrefutable evidence of falsification of the Court Records - material evidence, which - no reaction from the Supreme Court.
Only the Supreme Court treated this information with complete contempt and delivered its guilty verdict on the court proceedings filed by the officials of the Sverdlovsk Regional Court.

Still, somewhere in my heart, I hoped that the Supreme Court - the guarantor of the observance of the Law - would fairly understand the essence of this criminal case.
But, as people say in our people: “What priest is the parish”, “who has the power, the power - he is right”.

Which once again confirms that in Russia the Law is being implemented extremely selectively, and, basically, in the interests of those who by and large flout the Law.

And where the Law is not being fulfilled, there is no need to talk about some kind of civil society. Society begins to turn into a big “thieves raspberries”. In prisons are those who steal small things. And who are the billions - sit, I apologize, are under house arrest or are sitting ... with the blessing of the roof of the whole corruption process.

With bitter irony, I repeat the words of President Putin that he uttered at a meeting with his 10.12.12 trustees: “It’s impossible to pass the decisions of the courts because we are convinced that the person committed the crime, but could not gather evidence,” 37 year.

2010 year (rampant triumph of democracy): acquittals - 0,5%. And without taking into account the court with the participation of jurors = 0,065% ≈ 1: 200, which emphasizes the extremely accusatory trend in the activities of the courts.

It remains to ask President Putin what he meant by the words “let's roll in 37 year”? In which direction we roll? Is it good or bad?

We tried to openly, legally and legally, at authorized rallies, speeches, call things by their own names, the specific perpetrators of the created lawlessness.

But, we have convincingly proved that we are wrong.

For the third year we are paying the price for such a rash act.

Okay, I, and my colleague, fellow social activist Kralin VS, a scientist, inventor of world renown, who gave his inventions savings to the state in the billions of dollars in cash, sits just as much for refusing to sign protocols with false accusations against me .

DO NOT REPEAT OUR MISTAKES!

Another moment from which to live is sick.

Did I ever think that I would live to the point where the Americans would publicly wipe their ass with the banner of Russia - a symbol of the state?
Would anyone try to do this with the banner of the Soviet Union. Yes, no one would have thought of it, this is tantamount to suicide.

State security out of the ground would have got it.

And he was calmly allowed to fly to his place in America. And where is our state security, which has turned into the security service of Chubais and Co.?

Where is our law enforcement system, which has turned into a defense force?

They spent all their fervor, cracking down on inspirational patriots and their families.

Where is the head of state, with the banner that his “strategic partners” adore?

Where is the voice of the public, to give this cattle, to conduct a trial over him in Russia?

I remember the early childhood, the talk of front-line soldiers. When one tells the other that he thought THEN, that he would live to the time when he regretfully remembered a bullet that flew past or a fragment.

I was surprised and did not understand the meaning, the meaning of these words. And how close and clear it is now.

And it's not about me.

I would not hesitate for a second, I would give my life to wash the blood of this bastard with shame - American shit from the state flag - the face of Russia.

I am ashamed that I am a citizen of a state that allows me to treat myself like toilet paper.

Ctrl Enter
Noticed oshЫbku Highlight text and press. Ctrl + Enter
We are
"All the criminal case of a" military coup "in Russia rests on the provocation of the FSB"Do not plant those!
Military Reviewin Yandex News
Military Reviewin Google News
304 comments
Information
Dear reader, to leave comments on the publication, you must sign in.