August 21 2013
42
Why security systems on the submarine, which recently underwent a deep modernization in Russia, did not work


The explosion and flooding of the most powerful Indian submarine of the type Kilo Sindhurakshak ("Marine Guard") 14 August 2013, one of the most serious disasters in stories Indian fleet over the past three decades. She dealt a serious blow to his combat capabilities.

Indian experts have no doubt that the topic of this catastrophe will in one way or another be touched upon during the meeting of Indian Prime Minister Manmohan Singh and Russian President Vladimir Putin on the margins of the G20 summit in St. Petersburg in September. At the same time, the nature of the discussion of this issue depends on the results of the official investigation. Through various channels, Moscow declared its readiness to assist in the search for the causes of the catastrophe and offered any assistance that India might need in conducting an independent investigation. 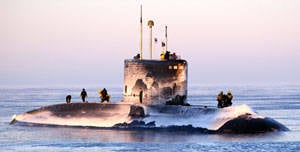 Chief of Staff of the Indian Navy, Admiral Devendra Kumar Joshi, designated a four-week preliminary deadline to identify the causes of the explosion of a fully armed submarine (SP) preparing to go on patrol in the area allocated to it. But it will depend on how quickly divers can lift the bent hull of a submarine. At the same time, he rejected the original versions of the disaster, which were explained by the explosion of charged batteries due to hydrogen leakage. A similar incident in 2010 year caused a relatively small fire, during which one sailor died and two were injured (after that the boat was sent to rehabilitate and modernize the Zvezdochka shipyard in Severodvinsk).

Admiral Joshi stated that no batteries were charged during the explosion. The version of the attack was also not completely rejected, but there are no credible evidence in its favor except for the fact that the explosion occurred on Pakistan’s Independence Day and on the eve of India’s Independence Day, when additional security measures were taken throughout the country.

At the same time, he acknowledged that security systems did not work on a boat fully charged with ammunition, and she lay nose down at a depth of eight meters. Experts ask a reasonable question: why the security systems on the submarine, which recently underwent a deep modernization in Russia for the amount twice as large as its purchase price, did not work, leading to the death of the submariners 18 and boat sinking? This is a question not only to the Indian Navy, which has the second largest fleet of diesel-electric submarines 877ECM in the world after the Russian, but also to the developers from Rubin Central Design Bureau and engineers of the Zvezdochka plant, who specialize in upgrading Kilo-type submarines.

Earlier in the modernization program of submarines of this type already had failures. For example, the Indian fleet refused to take the Sindhuvijay boat after the Club-S missile system of key importance failed test shooting six times in a row at the Barents Sea test site in September - November 2007.

However, the tragedy of Sindhurakshak, delivered by Asterisk in January 2013, occurred after it was admitted by the fleet to 2013 in April, while, according to sources, no comments were found in the fleet.

The tragedy posed serious challenges to India’s naval capabilities. There are questions about the long overdue plans for replacing an aging submarine fleet. Indian media asks: Is the fate of the MiG-21 fighter fleet of the Indian Air Force waiting for the aging fleet of Indian submarines? The light Tejas (LCA) combat aircraft, which has been under development for 30 years, should have replaced the outdated MiG-21 as early as the 90, but it still needs at least two more years for these aircraft to become fully usable.

The fleet also had to introduce 12 new diesel-electric submarines into its structure by last year and ten more were to follow them in the period from 2012 to 2030. It was a 30-year submarine construction program approved by the Indian Cabinet of Ministers Security Committee in 1999. But so far, the fleet has not received any of the 24 planned submarines. Now he must continue to perform his tasks with only 13 aging non-nuclear submarines, of which 11 are older than 20 years. The Economic Times newspaper notes that these delays occur against the background of a systematic increase in the combat capabilities of the submarines of China and Pakistan, and the Chinese fleet has more than 55 submarines.

To remedy the situation, in addition to speeding up the project for the construction of Scorpene submarines suffering from constant delays, India must take on the modernization and improvement of its older non-nuclear submarines. Naval experts clearly draw a line between "new" and "modern" submarines. “New” does not always mean “modern”, modernized Kilo-type submarines are more “modern” and powerful than when they were “new” 20 years ago.

In our opinion, in the current situation, India should seriously reconsider the requirements for the development of its fleet, based on the current strategic scenario, which dictates the need for an urgent deployment of a reliable marine component of the Indian nuclear triad. The Indian fleet is obliged to ensure a stable presence in two oceans - the Indian and the Pacific, in order to guarantee the safety of sea communications and ensure reliable nuclear deterrence of China and Pakistan.

Cooperation with Russia laid the foundations for India to acquire the capabilities for the combat use of nuclear submarines. The Russian role in the successful implementation of the secret project of the Advanced Technology Vehicle (ATV) demonstrator, aimed at creating an Indian nuclear submarine, is now well known after the introduction of the nuclear submarine Arihant into the fleet. But few probably know that Prime Minister Indira Gandhi started the ATV project shortly after the war for the liberation of Bangladesh in 1971. She was impressed with the power of nuclear submarines, when the appearance of a single Soviet submarine in front of the US aircraft carrier Enterprise in the Bay of Bengal changed the entire course of the war and led to the defeat of the Pakistani army in East Pakistan (now independent Bangladesh).

Today, India has the resources, expertise and geopolitical ambitions, as well as the reasons forcing it to increase the combat capabilities of the nuclear submarine fleet. This may be another direction of deepening Russian-Indian cooperation in the field of modern defense technologies.

Although lately, India-Russia relations have been negatively affected by delays and a significant excess of the previously agreed restructuring price for the Indian fleet of the INS carrier Vikramaditya, Russia remains the largest supplier of military equipment for India.

According to sources in the Ministry of Defense of India, the Indo-Russian military-technical cooperation is like an iceberg, with only the top visible. The rest is covered with a veil of secrecy that will be lifted when the time comes.