Do Americans lose their shape? Washington does not know what to do with the Middle East 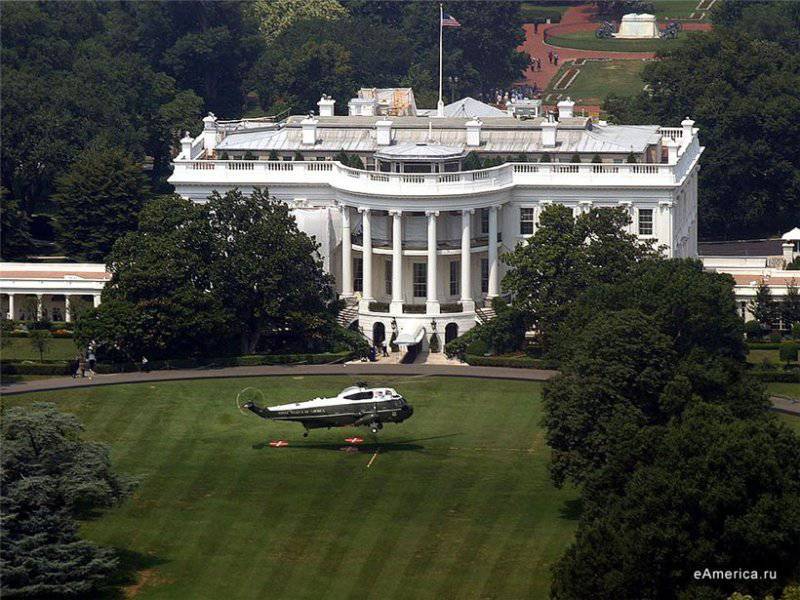 The turning point in the civil war in Syria inspired from the outside and the unexpected turn of events in Egypt, connected with civil protest against the strengthening of Islamist power and the army’s forced decision to support popular protest, finally put an end to the “i” in the question of whether the US has a global strategy for the Middle East or not.


Let me remind you that about a year and a half and a half ago, this question was one of the main ones not only for the expert community of the CIS countries, but also for the whole world, because The answer to this question depended on both the long-term assessment of what is happening and the forecast regarding the possible consequences of the “Arab spring” not only for the countries of the region, but also for global geopolitical solitaire games.

I also remind you that, based on a certain argumentation line, as early as March 2011, the author of these lines believed that the United States does not have a meaningful and clear strategy of what is happening in the Maghreb countries, as a result of which they are trying to adapt to the rapidly changing situation in order to extract maximum geo-economic and geopolitical profits . To the maximum - the goal was ultimately to build a combinatorial pattern of events in order to prove to everyone that, as they say, Akela can still catch mice.

Nevertheless, the futility of this attempt was, in my opinion, already obvious then:

“Now there are many points of view regarding whether these events are initiated from one center, or from different ones. In my opinion, in each country there are several heterogeneous forces - here both local political and financial elites, and regional players, and world centers of power. All these players are trying to use objective factors and reasons to achieve their goals. Much is determined by the weight of the players. First of all, this, of course, is about the United States and the West as a whole.

At the same time, in the examples of Egypt or Bahrain, we see that not all events are determined from Washington. There are other players who play covertly in one case, more clearly in the other.

But this does not speak of their weakness, but rather of an understanding of the balance of forces.

Taking advantage of the overwhelming advantage in the information and propaganda sphere and in the military-political sphere, the West began to actively push only those interpretations of what is happening to world public opinion that are beneficial to it. However, this is a temporary achievement. In my opinion, the West only plays on the principle of waves in these events, but it does not control them. This suggests that the West itself as a whole does not understand what will happen in the Arab East after the change of the previous regimes and the implementation of democratic reforms. Yes, in these countries there will be a certain liberalization of public life, at some level the surface confrontation with the West will be removed. But will the attitude towards the West change at a deep level? ”(“ Regnum, 21.03.2011).

“Recently, more and more often there are situations when it is necessary, whenever possible, when analyzing global world political processes to exclude news flow, especially the world media. What is happening now in Libya and around it relates to just such a situation: when analyzing, it is necessary to reduce the news flow as much as possible, since it only obscures “what is really happening” and focus on isolating some long-term dominants in what is happening. Such an approach presupposes, first of all, an analysis of the positions of the main world players and centers of power, oddly enough, not from the perspective of the context of the news feed, but from the point of view of the long-term interests of the main world players.

In my opinion, the conspiracy approach, which assumes that Americans are behind everything that happens in the Middle East and the Maghreb, is mistaken. Too different events on the deep content there occur with all their external similarity. In the center of the spectrum (in a relatively neutral zone) are events in Tunisia, Morocco, Egypt, Saudi Arabia (so far), Syria. At the extreme poles are: on the one hand, Libya, on the other - Yemen and Bahrain ”(“ Empire ”, 23.03.2011).

The development of events in Syria and Egypt after more than two years has finally and factually, and not just speculatively puts an end to the idea that behind everything that happened in the Maghreb and in the Middle East there was no United States.

In Syria, the United States was never able to resolve the contradiction between supporting Islamists trying to overthrow Assad (the official US strategic goal in Syria) and the fact that, together with Islamists, they were forced to support their official enemy, Al-Qaida.

Refusal to support al-Qaeda led to a controversial position regarding the entire opposition to Bashar al-Assad. This strategic miscalculation speaks of two things.

First, as already known, the United States shifted the burden of the Syrian campaign to its Middle Eastern vassals — Turkey, Qatar, and Saudi Arabia. Erdogan, despite the incident with the Russian aircraft (and, possibly, thanks to him) jumped out of this trap on time and did not create a no-fly zone over the border areas of Syria, for which he received the subsequent unrest.

Saudi Arabia orient a little later, but also managed to virtually avoid being drawn into the post-war clashes between Arabs due to its recent actions in Egypt. Qatar remained extreme, but the step of Sheikh Al-Thani, unconventional for the Arab monarchies, also partially removed Qatar from the coming blow. The extreme remain the Americans, who, to minimize the consequences of the "Arab spring", began to develop a productive dialogue with Iran.

This indicates that serious changes have occurred in the strategy and long-term political planning in the United States - they began to do less of this themselves and began to entrust this very complex and subtle matter to other analysts.

This is, secondly, i.e. the voluntary rejection of the most important managerial functions suggests that planning has degraded in the US strategic plan. And this can happen only for one reason - the absence of planning horizons, which includes a clear and precise statement of goals and objectives. In the absence of clear goals and objectives lies the current vagueness of the American strategy in the Maghreb region and the Middle East. They thought it would cost small forces, and ended with uncontrollable processes.

In view of the above, the new “progressive” and “super-technological” principles of American foreign policy are completely different - a refusal to do everything themselves, and if something is done, then they use the organizational, intellectual, financial and military-political capabilities of their regional vassals. It turns out that this does not work. However, this is not the main thing.

The main thing is that, most likely, due to some objective organizational and intellectual reasons, Americans can no longer carry out global planning at a level at which they did it twenty years ago when they were in a state of cold war with the Soviet Union.
The absence of a strong opponent weakened them and there was a degradation of country goal-setting on a global scale.

And this happens with Americans not only in the Middle East, not only in other regions of the world, not only in politics, but also in the economy. Those. these are signs of a managerial crisis of the entire American state machine. Accordingly, the matter is not at all in the financial crisis that swept the USA and led to serious cuts in the army and the military industrial complex, but in the field of goal-setting and meanings of global geopolitics. All this speaks about the beginning management crisis in the USA much more than just financial instability.

The end of Pax Americana comes much earlier than it was seen a couple of years ago, when events in the Maghreb and the Middle East seemed to some to be a continuation of the policy of the American steam rink to reformat the Middle East. It is events in Syria and Egypt that mark the loss of American tempo on the world chessboard and the beginning of the formation of a truly multipolar world.

Where and why the American military-financial machine broke down between Yugoslavia, Iraq and Afghanistan, on the one hand, and Syria with Egypt, on the other, experts still have to sort out the details in the future. However, today we can say: the United States is no longer a global and only leader-superpower, but only one of many regional players, even if with a dominant military-financial machine. The peak of power has already passed, and the beginning of the recession falls on the 2011-2012 years.

Ctrl Enter
Noticed oshЫbku Highlight text and press. Ctrl + Enter
We are
A great interview with Sergey Lavrov: about Ukraine, Obama and IranWhat you didn't want to know about England
Military Reviewin Yandex News
Military Reviewin Google News
43 comments
Information
Dear reader, to leave comments on the publication, you must sign in.