William Pokhlebkin is a connoisseur of diplomacy and tea. 90 years with the birthday of Genius 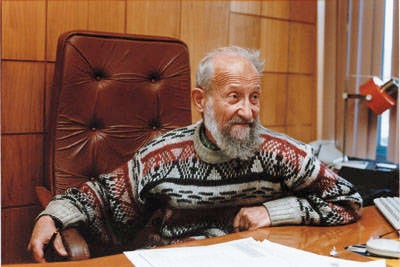 Exactly 90 years ago, 20 August 1923, was born the legendary Soviet culinary specialist, famous international historian, founder of Russian Scandinavianism, the most prominent expert on heraldry and emblems, William Augustus Vasilyevich Pokhlebkin. The scientist's father was a revolutionary and, as was supposed to, had an underground pseudonym, which was later inherited by his son as a real last name.


The life of William Pokhlebkin housed in itself a lot - the need and hunger, glory and international recognition, ended in a tragic death in solitude. Pokhlebkin is rightfully considered to be one of the great sons of Russia, who passed with her one of the most difficult periods of her stories - The twentieth century. In 1941, Pokhlebkin, like hundreds of thousands of Soviet citizens, went to the front. All four long years of the Great Patriotic War, bearing the name of the great English poet and playwright, unusual for the Russian ear, was spent in intelligence. At the end of the war, in 1945, Pokhlebkin became a student at the Faculty of International Relations of Moscow State University (now MGIMO), after graduating from which he went on to study further, and in 1952, he successfully completed postgraduate studies at the Academy of Sciences of the USSR.

While still a student, Pokhlebkin wrote a serious scientific work on the history of Croatia, after which he became the author of the politbiography of Finnish President Kekkonen, the Dictionary of International Symbols and Emblems, the reference book Foreign Policy of Russia, Russia and the USSR for 1000 years in names, dates and facts and a number of other fundamental works.

As a prominent expert in international law, Candidate of Historical Sciences, Pokhlebkin worked for a long time at the Academy of Sciences of the USSR, taught at the Higher Diplomatic School, was a full member of the Russian Geographical Society.

Speaking of the significant achievements of William Pokhlebkin in the field of the history of international relations, heraldry and emblems, world-wide fame brought him his favorite hobby - cooking. In 1970's, Pokhlebinkin began to write newspaper columns with recipes, in which he wrote in a simple and accessible language about everyday Russian drinks and dishes - tea and kvass, porridge and bread, imperceptibly for himself becoming the founder and then the living symbol of Soviet culinary literature.

Peru, the main Soviet culinary specialist, owns more than fifty books, with a worldwide circulation of about 100 million copies. The most famous work Pokhlebkina - "All about spices", "Culinary Dictionary", "Tea. Jam all year round ”,“ History of the most important food products ”,“ Cooking art ”. Of particular popularity in Russia and abroad is his famous "History of Vodka".

It is known that the researcher himself practically did not drink alcoholic beverages and did not differ in particular pretentiousness in food. He was a real workaholic and lived very modestly. At the same time, Pokhlebkin was a true book lover - his home library numbered about 50000 books on the history of Russia, international relations and cuisines of all countries of the world.

The scientist lived to old age, but his life ended tragically. In the spring of 2000, the 76-year-old Pokhlebkin was found murdered in his own apartment in Podolsk near Moscow. The murder of the great Russian scientist has not been revealed until now. William Pokhlebkin is buried in the Golovinsky cemetery in Moscow.

Ctrl Enter
Noticed oshЫbku Highlight text and press. Ctrl + Enter
We are
Taste for life. William PokhlebkinCongratulations on the 285 anniversary of the birth of the Great Russian commander Alexander Vasilyevich Suvorov!
Military Reviewin Yandex News
Military Reviewin Google News
21 comment
Information
Dear reader, to leave comments on the publication, you must to register.