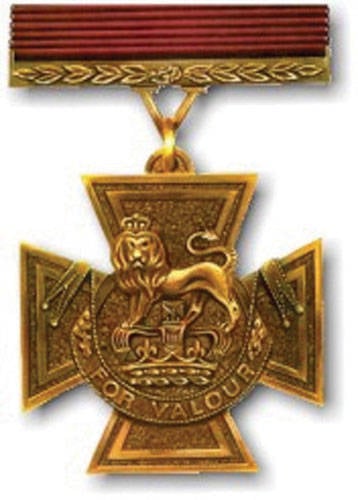 For almost the entire 18th century, England did not show a keen interest in the Ottoman Empire. During the Russian-Turkish war of 1768 – 1774, it even provided assistance to Russia because of the long-standing trade relations that linked both states. But Kyukyuk-Kaynardzhiysky peace treaty, the annexation of the Crimea to Russia, the new Russian-Turkish war, the capture of Ochakov, the alliance of Russia with Austria - all this greatly changed the mood in the English parliament, which in the new alignment of forces saw threats to its interests in the East.

From this time on, for almost 100 years, England considered the preservation of the integrity of the Ottoman Empire as the most important goal of its foreign policy. This was even more evident when Russia seized the Turkish principalities on the Danube, and Turkey, although weak, was a friend of Great Britain. England could attack Russia only from the sea, and therefore the British fleet under the command of Admiral Naper entered the Baltic waters, and in September 1853, the British landed in the Crimea: their main goal was to capture Sevastopol.

The Crimean War delivered to the English crown mostly pleasant news and impressions. It was pleasant to be a patriot, to select suitable prayers for reading in the church, to learn about glorious victories and to feel proud of yourself as an Englishman. After the end of the Crimean War, Queen Victoria set up a medal in 1856, which was the highest award for the military who committed heroic feats and proved loyalty to their homeland. The medal began to be called the Victoria Cross: it was a special kind of award, which is not inferior in meaning to any other orders, but did not have any organization behind it. It is said that the creation of the "Victoria Cross" is associated with a visit by the Queen in 1855, the parade of injured and wounded British soldiers and officers who returned from the Crimea. There is, however, the version that the new award was established on the initiative of the spouse of Queen Victoria, Prince Consort Albert, who also proposed to celebrate the most distinguished in battles during the Crimean War.

The first presentation of the award took place on July 26 1857 of the year in the famous Hyde Park, when the Victoria Cross was awarded 85 servicemen. Two years later, the statute of this award was expanded: now it was awarded not only for the heroism shown in the battles, but also for any manifestation of courage. However, guided by the new principle, the Victoria Cross was awarded only to one person who put out a fire on a train with ammunition in 1866. Therefore, in 1881, the original principles of awarding were restored, and since 1902, King Edward II allowed posting the "Victoria Cross" posthumously.

“Victoria Cross” is a cross with triangular rays - narrow in the middle and expanding to the edges. In the center of it is a disk with the image of the royal crown and a lion, below is a scroll with the inscription “FOR VALOR” (“For courage”). The Victoria Cross is supported by the capital “V” below. The award is worn on a blue ribbon (for fleet) and red (for land parts), although the latter in color can most likely be called pale raspberry. On the back of the cross is the date of the feat, as well as the name, rank and military unit of the awarded.

Over the years of this award, 150 has been awarded to a total of about 1500 people. The Victoria Cross may be granted a military serviceman of any rank and of both sexes, but there is not a single woman among the men of this Order. In addition, the Order Statute emphasizes that if a heroic feat is performed by a whole group of military men, those who are worthy are chosen by secret ballot. Cavaliers of the Cross of Victoria are allowed to add the letters “VC” to their names, but if the award is not an officer, he receives a pension.

For the battle of Inkerman during the Crimean War 18 Englishmen were awarded the "Victoria Cross". Only one hero of the battle did not get the insignia, as he was too small for this award: the trumpeter T. Kip from the 3 battalion was then only ten years old. But he was a fearless boy and in the midst of the battle, under a hail of bullets and nuclei, supported bonfires that warmed up frozen soldiers, carried hot tea, helped the wounded out of the shelling. Many veterans of Inkerman remember for a long time the red uniform of T. Kip, who for all his life was nicknamed “the little hero”. He served for a long time and gloriously in the British army with the rank of sergeant of the 4-th Midllsek Rifle Regiment and retired with many awards and a pension.

Until now, there is a legend in England that the “Victoria Cross” from the first day of its establishment has been cast in bronze from Russian cannons captured by the British in Sevastopol to this day. However, it is known that since 1858, the guns captured by the British in the 1857 – 1860s during the expedition to China served as material for making this award. Victoria Cross is made by a private firm, and subsequently it received bronze of various content and origin for this purpose.

To award the soldiers and officers who distinguished themselves during the siege of Sevastopol during the Crimean War, two more awards were instituted in England. In 1854, in the army, the medal “For Excellent Actions” was introduced, which was awarded at the rate of 7 for each cavalry regiment and 15 for each infantry battalion. In the Navy, the medal “For Outstanding Bravery” was introduced. The Queen, admiring the "glorious soldiers", wrote to the King of Belgium:

“I perceive them as my own children; my heart beats for them just as for the closest and dearest people to me. They were so touched, so pleased; I heard many crying. And when they were offered to engrave their names with medals, they didn’t even want to hear about it, because they were afraid that the medals they received from my hands would not be returned to them. ”