Armata - a prototype of an armored combat transformer 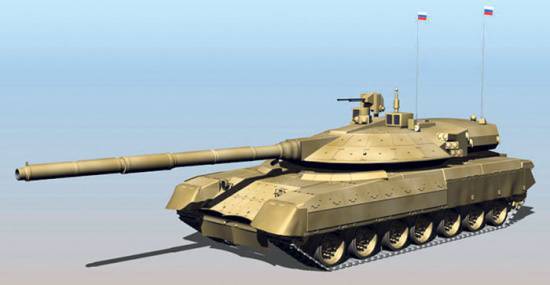 Nevertheless, they promise to present the Armata project at the Nizhny Tagil arms exhibition Russia Arms Expo - 2013 in September. Deputy Prime Minister Dmitry Rogozin announced at the end of last week that the first prototypes tank the new generation Armata has already been manufactured by the Uralvagonzavod concern. Although two months ago, the plant’s director general Oleg Sienko spoke firmly about the impossibility of showing promising development at the exhibition.


The explanation was given this: "Armata" will not be presented at this event. Do you think it is possible to make the secret development public? We ultimately work at home, not at uncle. " However, many experts then expressed the opinion that in fact the refusal to roll out a new car for inspection is explained by the unreadiness of at least one experienced or even a prototype model. And now the Deputy Prime Minister, who oversees the defense industry, said that several prototypes of this technology had been manufactured. Rogozin supplemented his message with such a remark: "This is perhaps the best that exists in the world in terms of heavy armored vehicles."

Confirmed strict observance of the timing of the creation of "Almaty" and technical tasks presented to the developers by the military. This is not just a new tank, it is a heavy tracked platform, which using modular structures will be converted from a tank into a heavy infantry fighting vehicle, into an evacuation vehicle, or into the Terminator - a tank support combat vehicle, into an artillery system or an air defense system. In connection with the use for various purposes, the platform may have a front or rear location of the power plant. Under the purely tank version of the machine is a new 125-mm artillery ammunition. The crew will be located in a separate armored capsule and "not in the tower." According to Rogozin, managed to create a unique thing. True, in connection with the secrecy of the development, the Deputy Prime Minister nevertheless clarified: “This will be a closed show, only for the country's leadership.”

Ctrl Enter
Noticed a mistake Highlight text and press. Ctrl + Enter
We are
Rogozin visited Nizhny Tagil, shot from a tank and a gun
148 comments
Information
Dear reader, to leave comments on the publication, you must to register.