The Nazis go immediately to hell - retribution of history is belated 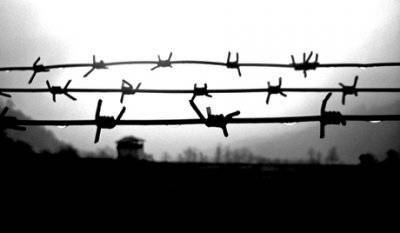 At the very beginning of the week, the Nazi criminal Laszlo Chizhik-Chatari died quietly in the 100th year of his life in Budapest. Literally on the same day, the Simon Wiesenthal Center, searching for former fascist executioners, included Mikhail Gorshkov, a decrepit but well-resident of Estonia, on his black list.


Neither the first nor the second have been adequately punished for their anti-human crimes due to the very selective approach of Western justice to issues historical justice.

Laszlo Chizhik-Chatari and Mikhail Gorshkov belong to a rather significant number of already deceased and living ex-Nazis and their collaborative assistants who, to a very old age, managed to avoid retribution. Most of them found a comfortable and hospitable asylum in Europe, as is well known, very much affected by the Second World War, unleashed by fascist Germany in 1939 year.

During the war years, among the collaborators of different nationalities, there were no less bloodsuckers than in the SS ranks. For example, the dead man mentioned above, Chizhik-Chatari, was even sentenced to death in absentia by the court of Czechoslovakia for involvement in the death of nearly sixteen thousand Jews. During the war, Siskin served as head of the ghetto protection in the city of Kosice in Slovakia. At the request of Bratislava last year, he was still detained by the police in Budapest, but was not extradited to Slovakia. The Hungarian court took into account the old age of the offender and "prescribed" house arrest for him, under which Laszlo Chizhik did not reach the centenary.

About the voice of the Slovak Nazi Mikhail Gorshkov, now a good Estonian resident, the Voice of Russia was telling quite recently. Recall that he is suspected of actively participating in the destruction of three thousand Jews in the territory of Belarus. The United States, where Gorshkov lived until 2002, deprived him of his citizenship for concealing the past, but the Estonian authorities sheltered him. Two years ago, the Estonian prosecutor’s office closed the case of this executioner, allegedly due to the lack of evidence and evidence of his crimes. On the contrary, Russia and Belarus have all the necessary evidence. The trouble and the problem is that there are too many cases like the Gorshkov case.

According to various sources, in the years of the Second World War, the number of involuntary and voluntary accomplices of the Nazis in the Soviet Union alone was about one and a half million people, says Doctor of Law, Professor Lev Simkin:

"Most of those who collaborated with the fascist German invaders, or, in today's language, were collaborators, and whose hands were covered with blood, who served in the German police or guarded the concentration camps, they naturally, as far as possible, tried to escape with the German troops to the West Some of them were extradited back to the USSR, but for the most part, I cannot give a figure, they are several hundred thousand people, they dissolved in the West. "

Of course, to say whether these people are criminals or innocent, only the court can, continues Lev Simkin. During Soviet times, the Soviet authorities appealed to the governments of Western countries with demands for the extradition of war criminals, as a rule, in exceptional, egregious cases. When it came to chilling mass murders. But, even with evidence of the atrocities of a war criminal received from Moscow, the Europeans tried not to extradite the former collaborators. This was largely due to the lack of extradition treaties between the USSR and European states. But there were other reasons, says Lev Simkin:

"Well, let's say, there were quite a few extradition requests to Great Britain. Great Britain refused to extradite these people in all cases, despite strong evidence that these people committed war crimes. It was a cold war, and it was believed that if these people, even if they committed crimes, they will be tried in the Soviet Union, then there are no guarantees that this process will be fair from a British point of view. "

The governments of other European countries followed similar tactics. However, Lev Simkin notes, at the end of the 1980s, as relations between the USSR and the West warmed, the European public and the press began to advocate for a revision of the approaches of Western justice to hiding war criminals. In 1988, London received nearly a hundred war crimes materials from Moscow.

At that time, when Scotland Yard was formed, a department was in charge of criminal prosecution of former collaborators — the British still did not want to extradite Moscow to fascist executioners, deciding to punish them at home on their own. After a gruelingly long investigation into the execution in 1942 of two thousand seven hundred residents of the ghetto in the city of Domachevo (Brest region, Belarus), a British court sentenced two life sentences to one of the executioners, Andrei Savonyuk, for participating in this crime. The sentence came into force in the 1999 year, six years later Savonyuk died of old age in an English prison in Norwich.

But this, according to Lev Simkin, is rather an exceptional case. The overwhelming majority of people who committed war crimes on the territory of the USSR and found themselves in the West remained unpunished. In addition, in general, the Western judicial system is very complex, the professor reminds. Just for the work of the Germans in the years long past the war can not be judged. To bring someone to justice, requires very serious evidence of crimes committed by the suspect. But as a rule, there were almost no living witnesses, all the victims died long ago.

Of course, even with respect to the Nazi war criminals, a thorough investigation should be carried out, says lawyer Gennady Shilo. But in any case, the criminal cases of the Nazis do not have a statute of limitations, he said in an interview with the Voice of Russia:
“Regardless of the fact that the criminal is eighty, ninety or a hundred years old, he is subject to criminal liability. Of course, it is very difficult to prove these crimes, but crimes against humanity do not have a statute of limitations. And you need to find evidence. And if they are found, then Of course, you have to judge. "


The current director of the Simon Wiesenthal Center - Ephraim Zuroff - once remarked that he would not remember a single case when war criminals showed remorse. Today, the list of the Center, which includes the bloodiest Nazi executioners, has eleven names. Of these, five are former citizens of the former USSR. The Soviet archives of war crimes contain hundreds of names of fools, who have already avoided or continue to successfully retaliate.

Ctrl Enter
Noticed oshЫbku Highlight text and press. Ctrl + Enter
We are
As NATO instructors in the territory of a military base in Estonia, trained Ukrainian nationalists
Military Reviewin Yandex News
Military Reviewin Google News
12 comments
Information
Dear reader, to leave comments on the publication, you must to register.