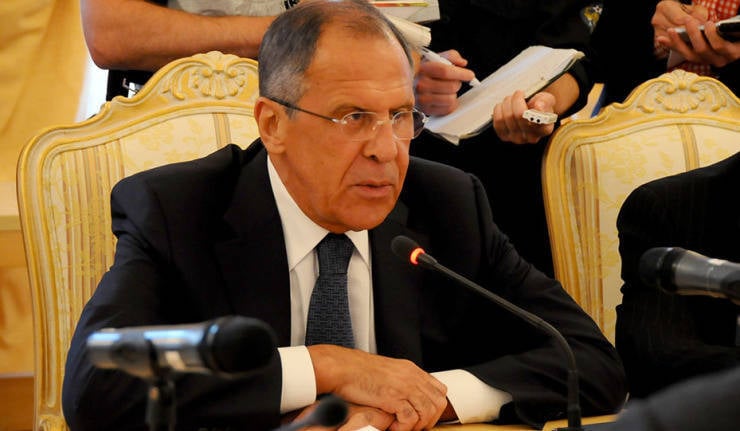 Russian Foreign Minister Sergey Lavrov, in an article published in the British Journal of Common Market Studies Annual Review, pointed out the main problems complicating relations between Russia and the EU. The Voice of Russia asked European experts to comment on the statements of the minister.


“We are disappointed with the pace of progress towards the abolition of visas for mutual short-term visits by citizens of Russia and the EU. The visa regime has long become an anachronism in our relations. Technically, both Russia and the EU member states have long been prepared for the mutual abolition of visas,” wrote Sergey Lavrov article "Russia-EU: prospects for partnership in a changing world."

According to the head of the Russian Foreign Ministry, the problem of visas is a “landmark issue, as if in a drop of water, problems in relations between Russia and the European Union were reflected.”

“The situation is paradoxical - our Western partners, who insisted on coordinating the Helsinki Final Act on ensuring the freedom of movement of people, are now slowing down the work on creating conditions for free human communication on the European continent,” writes the Russian minister on the pages of the Journal of Common Market Red.

Sergey Lavrov also stressed Russia's concern about the European Union’s steps related to the Third Energy Package: "The TEC has already led to the accumulation of problems in practical cooperation - for Russia’s business in Europe, the investment attractiveness of specific EU countries is deteriorating, systemic risks are increasing. In some cases, we are dealing with actual the expropriation of assets of Russian companies. If somewhere we could have expected such actions, it could not be in the European Union. Such imprudent steps are fraught with undermining of trust and sobny undermine the foundation of our partnership. "

According to the minister, in the case of TEP, the European Union violated article 34 of the current Russia-EU Partnership and Cooperation Agreement, as well as Russian bilateral agreements with EU members on the promotion and mutual protection of investments.

"If sanctions are taken against Gazprom, it will be difficult for the company to work in the markets where it is openly discriminated against," the minister said.


The Voice of Russia asked European experts to comment on the statements of the Russian Foreign Minister.

Since Barack Obama canceled his meeting with Vladimir Putin, which was to be held in Moscow on the eve of the G20 summit, the European, and in particular French, press has begun to assert that relations between Russia and Europe have cooled off just like Russian-American relations.

In support of this thesis, examples of Russian-European disagreements are cited, such as the reluctance of the European Union to abolish visa regime with Russia, problems associated with the Third Energy Package, the imposition of import duties on cars by Russia, disputes around Syria and Iran and even a ban on promoting homosexuality among minors recently introduced by russia. Do these statements reflect the real state of things, or is it primarily about the demonstration of European loyalty to the United States?

French political analyst and journalist Dmitry De Koshko does not deny the existence of these problems, but believes that their interpretation by the European press clearly seeks to please the American point of view: “The problem of visas exists, but mainly because of the resistance of Germany, which does not want them to be abolished. In general Europeans are not very concerned about this issue. As for the problem of the energy package, it is explained by the protectionist policies of Western, and primarily American, companies that do not want to allow Russian companies and to European distribution markets. "

According to de Koshko, these already long-standing differences emerge to the surface every time the United States considers it necessary to introduce tension in relations with Russia.

All this only strengthens the aspiration of Russia's traditional partners in Europe to maintain bilateral relations with Moscow in order to depend less on the bureaucratic intrigues of Brussels, where they believe that such behavior weakens the position of the European Union. However, those EU members who see Europe as the "Europe of Nations" and who believe that the economies of the EU members are significantly different from each other, are convinced of the benefits of bilateral cooperation.

- In recent months, the relations of the Russian Federation and the EU are in a state of easy cooling, a “friendly distance” has arisen between Russia and Europe.

It is from this point of view that I consider the recently published article by the Russian Foreign Minister. The message of the article is: "we have differences, but we want to be perceived as partners."

It seems to me that the general thrust of the article is very correct - and as for the general issues of cooperation in the field of economics or security policy, and as for the need to take into account the interests of the other side. In this sense, the minister set a very correct tone. At the same time, he clearly shows on which issues there are disagreements.

- Does this positive tone find an appropriate response in Europe?

- We need to wait here for now, because, of course, at the moment for Europe, European issues are in the first place. These are contradictions between the countries of Northern and Southern Europe, conflicts over the growing social inequality, the question of how to cope with the financial crisis, the responsibility for which lies not with European citizens, but with banks. Thus, Europe is very busy by itself.

- So, foreign policy issues are a little bit aside?

“For the time being, they remain on the sidelines, since the question of the future of Europe, as well as the task of overcoming the current crisis processes, is of prime importance now. This is clearly the central problem. Of course, in this sense, relations with Russia are only one of many questions.

- There are a number of problematic points in relations between Russia and Europe: the issue of easing the visa regime, the Third Energy Package, etc. How serious are these contradictions?

- With regard to visa facilitation, I believe that it just needs to be done. Eternal discourses on how this can be implemented in practice should be clarified in the near future by the relevant officials of the relevant ministries of internal affairs. I think a compromise can be reached fairly quickly on this issue. I advocate that the appropriate solution be implemented as soon as possible.

As for the energy package, this is an internal question for the EU. Here, the European Commission is trying to liberalize the energy market through diversification. In this regard, the head of the Russian Foreign Ministry rightly notes that strategic decisions, including those relating to cooperation with third countries, are long-term in nature.

It is impossible to immediately change the policy framework without an active exchange of views - after all, the basic provisions of the European treaties are affected. Therefore, the situation with the energy package has a special character.

Manel Parra - professor, political scientist, president of the socio-political movement in defense of the unity of Spain

- The need to abolish the visa regime between Russia and the EU countries, in particular Spain, is long overdue. The absence of such an agreement complicates the relations of the two partners in a number of areas. I can give you a specific example.

Tourists from Russia are welcome guests for Spain, as well as for other European countries. The abolition of the visa regime will lead to an increase in the tourist flow from the Russian Federation, which will positively affect the state of the EU economy, which is now experiencing not the best of times.

- When it comes to importing energy resources that Europe needs, since it does not have enough of its raw materials, the EU behaves completely differently than it does about freedom of movement. Serbia faced such a regime, it represents the EU in a completely different light in which it would like to show itself.

There can be no real democracy in the Old World as long as the freedom of movement of all Europeans is restricted, to which Russia belongs historically, culturally and geographically.

The more the EU will depend on energy resources from the East, primarily from Russia, the more freedom of movement will be needed, without a visa regime and other anachronisms. By the way, already now, using the example of Croatia, which has recently joined the EU, it is clear that the visa regime disappoints tourists from Russia, who wanted to rest on the Adriatic coast.

- I, no doubt, see a good prospect for the existing ones, and also, perhaps, for the future relations between Russia and the European Union. An article published by Minister Sergey Lavrov in the Journal of Common Market Studies Annual Review may become an open road to cooperation, since it dispels a number of doubts raised by analysts and critics of the future relations between the European Union and Russia.

The mention that there are points of contact between Moscow and Brussels in the energy sector, as well as international politics and security, can be a turning point and indicates that a certain cooling of Russian-American relations will not be able to affect relations between Russia and the European Union.

This is primarily indicated by economic indicators - at the end of 2012, the trade turnover between Russia and the European Union grew by 4,1 percent and amounted to about 410 billion dollars. This fact speaks eloquently of the development of cooperation, especially against the background of pan-European economic stagnation.

Russia is becoming an increasingly important market for the EU countries, which without diversifying their economic policies, without actively entering the Russian market, without accepting Russian partners, will not be able to keep up the pace of the economy. An important element of cooperation is modernization. Projects from the high-tech, high-tech, pharmaceutical, energy, engineering, telecommunications sectors show that cooperation between Russia and European countries is moving to a higher level. That is, the partnership is not limited to contacts only in the commodity sphere.

As the discussion at the Yekaterinburg summit showed, Russia and the EU also have common objectives in the field of research and development. And this could be an important factor in the competitive struggle of joint Russian-European projects with American, Chinese and Indian ones.

The third energy package imposes on the EU’s main energy partners, that is, on energy suppliers, strict rules that contradict liberal principles. Obviously, he has become an important irritant in relations between Russia and the European Union. I hope that through joint negotiations it will be possible to change the situation in this direction.

- Our foundation maintains a close relationship with many Russians who have purchased property in Spain and constantly face problems when they want to spend a vacation in their homes. It is because of the difficulties with visas. We lose not only tourists, we lose profitable buyers and businessmen. In our interest to meet Russia in the visa issue.

Ctrl Enter
Noticed oshЫbku Highlight text and press. Ctrl + Enter
We are
A great interview with Sergey Lavrov: about Ukraine, Obama and IranRussian "nationalism" in persons - statements of some famous people of Russia in the XVII-XX centuries
Military Reviewin Yandex News
Military Reviewin Google News
11 comments
Information
Dear reader, to leave comments on the publication, you must sign in.