Sentences for treason. How is punished for treason in the US and Russia 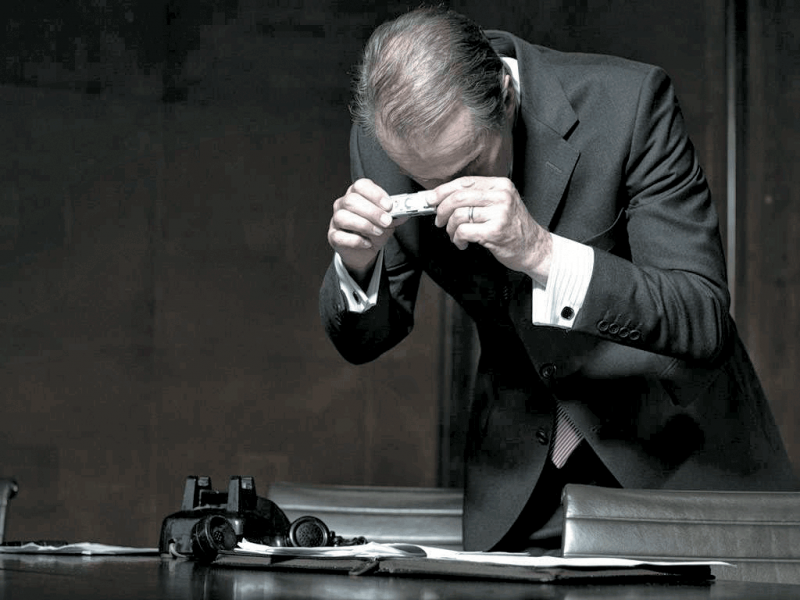 Treason is considered one of the most serious crimes. No wonder the great Dante in the "Divine Comedy" placed the traitors in the last, 9, circle of hell, intended for the most terrible criminals. In his work, the king of evil, Lucifer, gnaws at once with his three mouths.


Who can now be considered traitors? What are the sentences handed down by the courts for helping the enemy? The AN reporter tried to get answers to these and other questions from veteran Soviet and Russian counterintelligence Vladimir Nikolayevich SMIRNOV.

Snowden does not want the fate of Manning

Despite his very advanced age, Vladimir Nikolaevich is alert and sporty. A retired colonel is keenly interested in the latter the news.

- Is it true that Edward Snowden, who received temporary asylum from us, is already walking around Red Square and even visited V.I. Mausoleum? Lenin? - Smirnov asks me first.

“Newspaper ducks,” I wave dismissively. - There are no photos of the former tsareushnik in Red Square. Mausoleum under repair. In the West, many believe that Snowden is being interrogated in the basements of the Lubyanka.

- Do you also believe in the myths about the terrible basements of the Lubyanka? There have long been only warehouses with different property located. And the famous "vnutryanka" - the inner prison of the KGB - closed in the last century. Tell me, when will the trial of Bradley Manning end? Sorry for the young guy. How much will they give him? Like Snowden, I do not consider him a traitor. After all, they did not cooperate with foreign intelligence services, but donated to the media the truth, even if it was secret.

“The trial should end on August 23,” I answered Vladimir Nikolayevich. - It is not known what sentence a woman judge with shoulder straps for a colonel to an ordinary American army will pass. While she took the main accusation - help the enemy. For this informant famous Assange threatened life imprisonment. But now, on twenty counts, the prosecutor is demanding years of prison for Manning 136.

“Even if the judge takes pity and gives him only half the requested time, it’s still a life sentence,” says Smirnov. - The same fate awaits in America and Snowden.

Where is punished more severely?

“The death penalty has not been abolished in the USA and now in many states,” I note in reply. - True, in the past it was used more often. Recall the sad fate of the spouses Rosenberg. They were executed on 19 on June 1953 in an electric chair for collaborating with Soviet intelligence. Allegedly, they gave the secret of the American atomic bomb.

“60 years have passed since then,” the veteran said thoughtfully. - Morals softened a bit. In America, they give life for betrayal, we have a maximum of 25 years.

Smirnov began to give examples.

Aldrich Ames. He worked at the CIA with 1961, held important posts in the Soviet-Eastern European department and counterintelligence center. Recruited by Soviet intelligence in 1985 year. He reported to Moscow no less than 25 CIA agents, depriving the American special services of many valuable information sources in the USSR, and received for this from Moscow 4,6 million dollars. From the American Themis - a life sentence.

Robert Hansen. He worked in the FBI with 1972, engaged in the fight against foreign intelligence officers who worked in the United States. He offered his services to the Soviet intelligence services in 1985 year. He issued a number of agents and a host of other secret information (including on the tunnel, dug by the FBI under the USSR Embassy for data collection), receiving 1,4 million dollars. Arrested in February 2001. Convicted to life imprisonment.

This spring, Alaskan military police officer William Colton Millay was sentenced to 16 years in prison just for attempting to transfer secrets of the American army to an FBI agent undercover. The counterintelligence officer presented himself as an experienced “Russian spy”. According to the investigation, the hapless cop pecked at this bait and tried to sell the "Russian diplomat" top-secret information about the F-22 aircraft.

In response, the AN columnist cited the Deputy Prime Minister of Russia, Dmitry Rogozin. In his blog, he expressed regret about, in his view, the overly lenient sentence to engineer Alexander Gniteyev, who had given Bulava secrets to foreign intelligence services.

Rogozin believes that they have given little. In his blog, he wrote that the betrayal must be given not eight years, but eighty. After all, for 50 thousand dollars Alexander Gniteyev, an employee of the NPO Avtomatika named after academician Semikhatov, gave out the secrets of the Bulava rocket to 500 million bucks.

From the Russian, most humane court in the world, except for eight years in a strict regime colony and a fine of 100 thousand rubles, Gniteyev was sentenced to an additional one year restriction of liberty with a ban on changing his place of residence and leaving the municipality without official permission. This was done so that after serving his time in the colony they did not immediately flush abroad. But after all, the Bulava will be in service for more than one year.

How have we betrayed traitors

During Soviet times, for the slightest hint of espionage, they gave the highest measure - execution. And the people were afraid to betray their homeland. What now?
Father Poteeva, tanker, Hero of the Soviet Union, probably in a coffin as a fan spins with fury because of the betrayal of his son. And the traitor-son lives quietly in America and wanted to spit on the verdict in absentia.

Just like the other traitor to the Motherland, General Kalugin, the traitor Vladimir Potashov flourishes. He lives in the United States on benefits from the American government as "a person who suffered as a result of cooperation with the CIA."

Potashov inflicted losses on the USSR in the tens of billions of dollars. It was he who promptly notified the Americans about the creation in the structure of the USSR Ministry of Defense a new division - the Space Command. He informed about the reasons for the delay of the launch of the Soviet space shuttle. Issued the CIA a lot of strategic secrets. And for this he constantly asked his curators from Langley for money. Not for nothing - he already started up five mistresses who demanded expensive fur coats, gold jewelry, entertainment in the low-lying places of Moscow ...

Greed in the end and killed the fraer spy. From the office of the director of the institute, a CIA agent stole a directory of government communications, naively believing that he would break the fabulous sum for him. But the disappearance of the document, which had the “For official use” stamp, led to the beginning of a thorough investigation. As a result, the Soviet counterintelligence and went to Potashov.

Despite the fact that Potashov inflicted great damage on our country, by the highest order of Mikhail Gorbachev, he was not executed, but was sentenced only to 13 years of imprisonment. Six years later, in 1992, Yeltsin had already released the former senior research associate under an amnesty. He immediately received a passport, an American visa and left for the ocean.

In modern Russia, betrayal is becoming less and less punishable. If 25 years ago, the “tower” threatened it, now it’s a time limit, often comparable to the punishment for stealing, say, a bag of flour.

20 On April 1998, a court in the Moscow Military District, sentenced an officer of the GRU, Lieutenant Colonel Vladimir Tkachenko, to three years in prison. He was a member of a group of GRU officers who sold Israeli intelligence services Mossad around 200 secret documents. Previously, two years conditionally received another member of the group - Lieutenant Colonel Gennady Sporyshev. And the organizer of the trade of secrets, a retired GRU colonel Alexander Volkov, at whose house the detectives seized 345 thousand dollars, generally went to court as a witness.

In 1992, the GRU lieutenant colonel Vyacheslav Baranov was arrested. In 1985, he was sent to work in Bangladesh. In 1989, he was recruited by the CIA - he accepted the recruiting offer of Americans on the terms of paying him a lump sum in 25 thousand dollars, as well as 2 thousand dollars monthly. Got a pseudonym Tony. He told the CIA about the composition and structure of the GRU and about the residents of the GRU and PGU in Bangladesh. Then he returned to Moscow and from 1990, he searched for Americans for information about bacteriological preparations available to the GRU. Tried to leave the country on a fake passport to Vienna. In August, 1992 was arrested while passing border controls. During interrogation, gave confessions. In 1993, he was sentenced to six years in prison. Released ahead of time.

Alexander Sypachev of the Moscow District Military Court (MOVS) was found guilty of attempted state treason and sentenced to 8 years. He was caught trying to convey secret information to representatives of the CIA.

11 June 2003 of the Ministry of Internal Affairs gave the former deputy head of the SVR counterintelligence department of the SVR, Alexander Zaporozhsky, 1 years of imprisonment. The ex-colonel from 18 worked for the CIA. In July, 1995, he was transferred to the United States in exchange for Russian illegal immigrants.

5 March 2011, the Moscow City Court convicted retired Colonel of the Defense Ministry, a former employee of the Ministry of Atomic Energy and Emergencies Ministry Andrei Khlychev, for 18 for the transfer of information about Russian nuclear programs to the American special services.

27 June 2011 of the year MOVS sentenced in absentia the deputy head of the SVR department, Colonel Alexander Poteev, who fled from Russia, to 25 years. He passed a group of ten Russian illegal agents in June 2010 to the Americans.

10 February 2012 of the Year The Third District Military Court of the Moscow Region sentenced Lieutenant Colonel Vladimir Nesterts, a senior test engineer at the Plesetsk cosmodrome of Plesetsk, to 13 for years, who transmitted information about the testing of Russian strategic missile systems to the CIA.

6 June 2012, the Moscow District Military Court for treason gave 18 years of imprisonment to the retired 61-year-old Colonel of the Federal Security Service of the Russian Federation Valery Mikhailov.

Ctrl Enter
Noticed oshЫbku Highlight text and press. Ctrl + Enter
We are
Snowden, Assange, ManningFour big lies about the burial of Lenin
36 comments
Information
Dear reader, to leave comments on the publication, you must to register.