Astakhov brings to clean water the US State Department

August 15 2013
84
Recently, the intensity of the discussion of a topic dedicated to the so-called “Dima Yakovlev law”, which entered into force on January 1 of the year 2013, has been somewhat sleeping. Recall that this is Federal Law numbered 272, according to which it is prohibited for persons with a US passport who were involved in human rights violations or crimes against Russian citizens to enter the territory of the Russian Federation. The law says about the arrest of bank assets of US citizens with the above status. However, neither a ban on entry, nor the arrest of assets in Russian banks did not frighten the authorities and the “progressive” public of the United States and Russia, even causing some ridicule in style: I would like to look at US officials who keep money in Sberbank or VTB ... But another situation 272-FZ from 28.12.12 - a provision banning the adoption of Russian children by American citizens - forced the United States and hyperliberals in Russia to sprinkle with saliva. 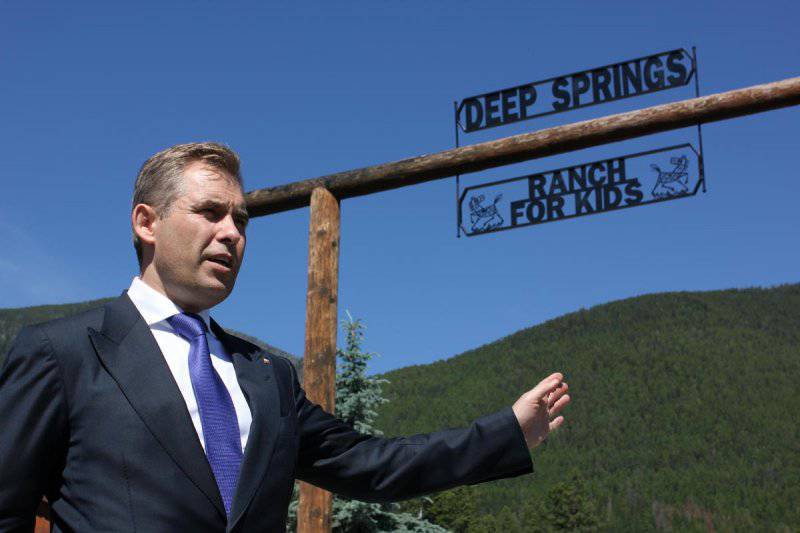 Today, this topic in the domestic press has practically ceased to be discussed, for the majority of Russian publications in covering relations between the US and Russia have now switched to other trends: Edward Snowden - once, the law banning LGBT propaganda - two. However, the topic with the ban on adoption is not really dissolved in the air. At the very least, our American "partners" are trying to do everything so that the Russian authorities, who accepted and signed the same "law of Dima Yakovlev," won back. And it is not necessary to lose sight of this.

In particular, about two months ago, a corresponding note was sent from the US State Department to the Government of the Russian Federation. In this note, the American side presented a list of 259 Russian orphans who could not be adopted by American citizens after the entry into force of the “Dima Yakovlev law”, although American citizens already seemed to have every chance to adopt them. In addition, the note contains a complaint against the Russian authorities of the following nature: by adopting the “Dima Yakovlev law”, you (the Russian authorities) thereby cause the orphaned 259 children to suffer moral suffering. They say that the children were waiting for this miracle in the form of American adoption, but President Putin with his own hand destroyed all the bright dreams of childhood for a cloudless life in the United States.

The official authorities of Russia could have responded to this American note in writing, but did not do this. Instead of a letter, the ombudsman for child rights Pavel Astakhov was sent to a star-striped country, which was to explain to the American "friends" the Russian vision of this problem. And, apparently, explained.

The meeting with the Russian representative was attended by a truly impressive American delegation. Its membership included representatives of the departments of education, health, migration, Deputy US Secretary of State Dan Russell, Ambassador at Large Susan Jacobs. It was Ms. Jacobs who led the US group in negotiations with Pavel Astakhov. Jacobs herself has a status in the USA that is similar to that associated with Astakhov’s activities in Russia, that is, she oversees the protection of the rights of the child.

Susan Jacobs asked the ombudsman for children in Russia to clarify how to deal with 259 Russian children who were never able to go for adoption in the United States, as a result of which they allegedly suffered serious moral trauma.

As an introduction to his answer, Pavel Astakhov showed a list of these orphaned children. From this list, it means that over 240 Russian children who were supposed to go to the United States are at a very tender age. The oldest of 240 were born in 2010, the vast majority of 2011 and 2012 were born. If we consider that these children could see their potential adoptive parents only before the onset of January 2013, and even then not more than a couple of times, it becomes unclear what kind of moral trauma we are talking about. Can a six-month-old or one-year-old child get a moral trauma from the fact that he was not given into the hands of an outside gentleman whom he saw while in his bed no more than twice in his life. The answer is obvious.

Pavel Astakhov noted that there are several children older than 5 in the list who, hypothetically, could have experienced some kind of negative feeling from not being sent for adoption in the US, but were unlikely to have experienced it since these children a few months ago adopted inside of Russia. According to information from the ombudsman for children, the total number of children adopted by Russian citizens (of those 259 whose names are on the American list) was 116 - at the beginning of August 2013. At the same time, Astakhov makes it clear that adoption, as some gentlemen and ladies believe, did not take place under the dictation of the Kremlin - they say, to adopt immediately, if only the Americans would not get ...

You know, if there was such an order, in the Minobra inquiry it would not be 116, but 259 children's names would be. Or you do not believe in the "vertical"?
- with a share of irony says Astakhov in his interview.

Understanding that with the “moral torments” of Russian children got into a puddle, representatives of the American host at a meeting with Astakhov handed him a list of all Russian orphans adopted by the United States in recent years. The list was 61625 surnames. With this list, the Americans set themselves the task of killing two birds with one stone: first, to show the Russian side that they are ready for a full exchange of information on adopted children, and second, to demonstrate that the United States adopted Russian children in a truly mass scale, and all cases of death and torture of the adopted are rare, and therefore it is hardly worth paying attention to them.

However, a double blow to Russia in this case did not work either. The fact is that the American side was honored to provide such a list for some reason exactly after the Russian side blocked its access to orphans. Is it too late? .. This time. And also (and Pavel Astakhov personally indicated this) the submitted list of 61625 Russian children adopted by Americans is just the tip of the iceberg, and that the American side is hiding data on thousands of young Russians who went to the United States for rest or training at one time in this country, listening to the words of the “kind uncles and aunts” that it is not necessary to return to Russia. These are two.

As evidence that minor citizens of Russia and other CIS countries were illegally detained and held in the United States, Pavel Astakhov cited the example of a personal conversation with a representative of the Supreme Court of the United States recently held. He, having opened his heart, said that he himself raised in his family a girl from Ukraine who was in the USA without any documents.

Astakhov says that if a representative of the judiciary (servant of the law) is on the path of violating international law, is it worth judging ordinary Americans? Moreover, in such cases with illegally "adopted" children it is absolutely impossible to trace their further fate, and therefore it is not a fact that such children will not fall into the American asocial environment, having escaped from the Russian asocial environment. Shilo on soap ... Only for the last month, according to the ombudsman for children’s rights, 5 cases of illegal presence of Russian children in the USA have been revealed.
Let us digress from Astakhov’s conversation with representatives of the State Department, who are anxious about the Russian authorities banning the adoption of children by American citizens, and turn to the statistical data characterizing the American system of adoption. In particular, at the end of 2012, Russia already had 33 offices of American organizations of a commercial nature, which provided services for the direct sale of Russian children to American citizens. In other words, 33 offices took money to solve the problem of adopting a Russian child in the United States. Here are some examples:

The representative office of the Children Home Sesaiti & Family Services Company, headed by Oleg Klimkovsky (Moscow), is headed by a certain lady with a distinguished name and surname - Madonna King;

The representative office of Happy Family International Center Inc. headed by Lyudmila Babich (Moscow), the organization itself is headed by Natalia Shaginyan (a US citizen who transferred to the States from the CIS).

If you continue this list, then there will be a lot of offices in it that are headed by immigrants from the former USSR who decided to open a profitable business in the United States to adopt Russian orphans.

And if we take into account that on average commercial adoption in Russia of a Russian child costs 15000 dollars, then by multiplying this amount by the adopted young Russians adopted by the State Department for 61625, we get a huge amount of almost a billion dollars. And this is only from the adoptive parents, and this is only obtained from legally adopted children, and not those who were actually taken by deception to the United States, but they left it there (remember Astakhov’s claims).

It becomes clear that American authorities are interested in Russian adoption by American citizens, because the tax revenues from the 33-x office branches, which settled in Russia at the time, are more than impressive. Business! That is, the State Department does not care about orphans from Russia, but about the benefit - about a sharp decline in revenues after the adoption of the “Dima Yakovlev law” in the Russian Federation.

Ctrl Enter
Noticed oshЫbku Highlight text and press. Ctrl + Enter
We are
In the US, looking for a way out after the adoption in Russia of "the law of Dima Yakovlev"War Lists: Putin - in the "Magnitsky Act"!
Military Reviewin Yandex News
Military Reviewin Google News
84 comments
Information
Dear reader, to leave comments on the publication, you must to register.