Conspirator with a smile stuffed shark 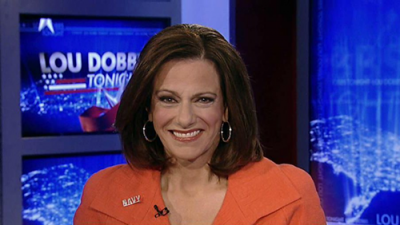 We are often kicked for talking about Putin in a progressive way, but what can you do if we see the situation in this way? However, not only we. Now in the world they somehow burst and everything suddenly began to murmur, and some even gritted their teeth, uttering the same words as we, to their own surprise. You can confidently say, the world recognized the superiority of Putin’s policies.


Even ill-wishers, of whom there are a great many in the West, admit that Putin won all previous “rounds” out of sight because of a clear advantage. The matter has already reached the point that not only no one hides that Putin’s victories are obvious, but the matter has already reached the councils, as if Obama could have defeated Putin. Agree, there would be no victory for Putin - there would be no advice for Obama how this Russian can be defeated.

Driving alongside Fox Studio on 6 Avenue, also known as 6th avenue of the Americas, which is in Manhattan, the author of this article noticed Fox TV host Mrs. MacFarland. Her point of view is so odious that we can’t be called friends, so there was no point in stopping and hugging. Nevertheless, what had to be seen was disappointing. It was impossible to call her beautiful before, but now a kind of twisted, stooped creature resembling the "crown of creation" of an amateur taxidermist appeared before her eyes.

As a matter of fact, the years of us do not paint us all, but our affairs do not paint us anymore, and if we consider that the deeds of a journalist are words, then we’ll probably talk about that now. It must be said that Mrs. McFarland was one of the last, but still recognized the loss of bandits in Syria, and therefore the loss of the US, on these bandits who bet. She writes on her website: “Obviously, the creation of a pro-Western, anti-Iranian, anti-Russian, secular, post-Assad Syrian government would be a significant achievement for us and our allies. But this is a choice that we no longer have (!). The cold, harsh reality is that Syria has already been lost ”(Clearly, establishing a pro-Western, anti-Iranian, anti-Iranian, anti-Iranian, all-secular). But that is An option we’re no longer have.

That is, the loser of the United States, Great Britain and other countries, which declared that Assad is more illegitimate, now everyone is forced to speak openly. Those who hoped to help the United States, are now ground into bloody slop in the hellish meat grinder of the Syrian war. Mrs. McFarland regrets this. Now, those who wish to war against Putin understand that they are waiting for them in the end. Putin once again reminded the whole world. He does not intend to give up himself and will not pass others either. This is exactly what the United States did. It is clear in this case, an angry growl from the UK and the gnashing of teeth from the oil democracies. In this fight, huge Russia and tiny Syria confronted half of the world, and this half of the world had to wash.

However, Mrs. McFarland seems to have decided to teach the president unsuccessful how to defeat the great and terrible ruler of the snowy expanses. It got to the point that even a certain list was prepared, which can cause a sense of hysterical pride among gosdepovtsev who sat down for depression. So, strictly speaking, what is offered. The list is so eloquent that to miss something in it is simply criminal:
"First you need to spoil the September holiday of the G20 in St. Petersburg, but if you can’t boycott it because all 18 countries (20 minus Russia and the USA) are offended by the NSA because of Snowden, then you should cancel the personal meeting of the presidents." Well, such analysts on Fox channel! That is, in her opinion, the United States should remain alone. 18 members of the twenty plus Russia - against the United States. Such analysts just need to drive into the neck.

"Then you can offer one of the famous universities to hire Navalny." It seems to the author of the article that if Mrs. McFarland makes at least one more such proposal, then all of Russia will be ready to carry it in her arms. And if Navalny is left there forever, the grateful Russians and the plane will be accelerated by the runway and run completely without fuel consumption.

Further, Mrs. McFarland proposes to pull out the missile defense issue in Poland from mothballs, but today nobody will believe it. Putin is not a calf on a string, so that it can be pulled back and forth. We will build - we will not build. Putin's analysts are not some kind of dried shark that bears no one knows what. And the Poles themselves may refuse to play the role of bait. You must admit that the most shameful development of events is that they made a bait out of you, but they did not bite you.

The most worthy offer was the last one on the list. If the Olympics are not to be boycotted today, it is proposed to win all the medals against the Russians. One can only try to imagine how happy Putin would be if the United States did him such a great service. Well, let's say the Americans won "everything - not everything" but a lot of medals. Someone comes to mind that after winning medals, the USA will automatically recognize the greatness of the Russian Olympiad? Well, they will not say in the American media: "We won because the Olympiad was so-so and the opponents were weak."

Thus, Putin again decorated the Americans as "third-graders". Another opus came out of the writers of the Financial Times. Speaking about the protest movement, which was frankly blown away today, the expert on Russia and Eurasia of the Royal Institute of International Relations of Great Britain, James Nixie, reflects: “... the real threat for the Russian government, the Kremlin and President Putin is not these people (it’s about Navalny, Khodorkovsky and Magnitsky), and their ability to mobilize the masses — and here we cannot but remember last year’s protests ”(He would have remembered the centenary revolution of 1917 of the year!). Who can collect such Magnitsky, while not explained. He is also silent about the fact that Khodorkovsky cannot collect anyone either, except perhaps Navalny, if he is sent to the same zone to serve his well-deserved punishment. And if the author, let's say softly, got confused in these three trees, the author simply decided not to mention the deserting Kasparov. There is selective justice, which does not really smell, but there is also selective journalism, which just stinks.

Nevertheless, despite the conclusions, we must pay attention to the very reason that prompted the high society gentlemen to speak out. “... Western countries, dissatisfied with the behavior of the Russian authorities, cannot find a way to influence the internal politics of the country. The hard approach did not work, and the soft approach, the reboot, also did not work in terms of influencing the internal situation in the country. And now people are looking for a real, effective way that would influence Russia, ”says Neil Buckley sadly. At the same time, it doesn’t say exactly which people are looking for this “real and effective way”, maybe it’s about Michael McFaul? Well, certainly not about Russian citizens, most of whom are just very pleased with Putin.

Miss "Shark scarecrow-2013" also spoke very frankly, and could not deny the loss of Obama: "The duel between the two strongest leaders of the world - Barack Obama and Vladimir Putin has been going on for five years now, and so far Putin has managed to win in all rounds." Sorry, but both presidents were re-elected, which means they have a mandate of trust from their own citizens. Here you have an illustration of the quality of elections in the United States and Russia.
In the light of very serious political events, how does the “Russian” immigration in the USA relate to what is happening in the world? Here it is necessary to admit with regret that Russian immigration, as always, is busy with showdowns. So, six months ago, two Russian-speaking journalists had a fight in a Russian restaurant, and one of them drove into the other's face with a broken glass so that then three hours were darned. You will ask which of them was for Putin, and who was against? Forced to disappoint you. The fight took place on highly professional grounds. Gentlemen, brilliant journalists had a fight because of the diverging views on which syllable is stressed in the word “leisure”. And these people blame something on Russia, Putin and Russians?