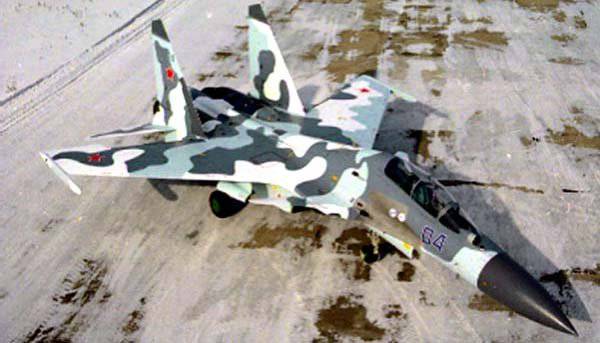 The Su-30MKI fighter capable of carrying the BrahMos rocket will be transferred to the Indian Air Force in the middle of 2015 for the first time from the Russian-Indian joint venture BrahMos Aerospace. It is reported by ITAR-TASS.


Modernization of the Su-30MKI in the near future will be completed at the enterprise. Overall-mass models of the BrahMos missile have already been manufactured and delivered to the country.

The BrahMos missile is capable of attacking targets at a distance of 290 kilometers. She equipped surface ships of the naval forces of the country. In March, the first successful launch of an underwater version of the rocket was made.

Ctrl Enter
Noticed oshЫbku Highlight text and press. Ctrl + Enter
We are
The Brahmos missile was almost completely integrated with the Su-30MKI fighterPromising projects of the BrahMos family of missiles
Military Reviewin Yandex News
Military Reviewin Google News
64 comments
Information
Dear reader, to leave comments on the publication, you must sign in.