Dr. Abbas Khalaf: "The West In The Middle East Uses Islam In The Role Of The Trojan Horse" 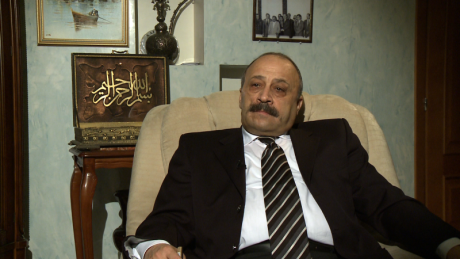 Events in the Middle East do not leave the pages of the world's leading publications. The region is seriously shaking, and, apparently, in the near future, the tension will only increase, exerting a tangible impact on the rest of the world.


In this case, the turbulent political and economic situation in the whole Greater Middle East could lead to a destabilization of the situation also in Central Asia and the Caucasus.

In communication with the correspondent of the Grozny-Inform agency, Dr. Abbas Khalaf, an international-level politician, studies Middle Eastern conflicts as a specialist in the Middle East and has worked as a direct translator and adviser to Saddam Hussein for about twenty years.

Dr. Abbas, you have extensive information about the situation in the Arab world, in particular, in those countries where there is war. In your opinion, what is happening today in the Arab region?

- The events taking place today in the countries of the Middle East are a real chaos, which was primarily the result of US intervention in the internal affairs of the region. This chaos led to rampant radicalism, various terrorist organizations. Today, the Middle East has become an “attractive arena” for various kinds of radical groups, a camp for training and retraining of terrorist groups. I repeat, the United States of America played a huge role in this.

They are instigators for creating another hotbed of tension in the Middle East. And, of course, America uses this chaos for its narrow interests. The US wants to act as the only superpower, to dictate its rules everywhere. So the Middle East has been declared the region of vital interests for the United States and its Western partners. The worst thing is that with this chaos there is a complete discredit of Islam. The rush against "Islamic terrorists" at the level of the average man occurs against the backdrop of the revitalization of radical Islamic fundamentalists in various parts of the world.

As a result, ordinary people perceive Islam only as a religion of terror, radicalism and extremism, which certainly is an erroneous judgment about one of the most peaceful world religions.

Why are Arab states having difficulty reaching consensus on international politics? Your opinion.

- You see, this disunity is not a matter of one day. After the end of the First World War, France and Great Britain, one might say, broke up the Middle East into small and large states. As a result, the various religious groups were divided by artificially created borders. Controlling this region, the UK and France acted on the principle of "divide and conquer", and did so with far-reaching plans. And another very important fact. Despite the rich natural resources, many Arab peoples live below the poverty line. The wealth of Arab countries is used for subversive purposes, for example, for Wahhabi groups, for a large discord between Muslims of the Shiite and Sunni type. I must say that this discord exists at the expense of the monarchical government of some Arab countries. As a result of this, social discontent among the population has ripened. Please note that the events in Tunisia did not occur on a religious or interfaith basis, but as a result of a lack of socio-economic justice, disillusionment with both liberal systems and monarchical governments.

Dr. Abbas, in the past, demonstrations took place in the Arab world in support of his government, against the United States, against Israel. But what we are seeing today is demonstrations against the political course of the current regimes. Why it happens? What is the reason?

- Please note, all these revolutions were started by the youth: a difficult demographic situation, disorder and unemployment ... But immediately the radical Islamic groups took the initiative. The Islamists immediately raised their heads and began to offer their Islamic version of the country's development. But, excuse me, what is Islam here? The Taliban terrorist movement was divided into "moderate" and "radical", Sunni and Shiite were divided into groups, etc. who is behind all this? It is not difficult to guess: "divide and conquer." That is why the principle is acted upon in the world by all ideological opponents, it is necessary to emphasize in particular that behind all this there are huge financial investments. There is a very insidious, coordinated work of the United States to undermine the countries of the Middle East and to take this region under its unconditional and long-term control.

The social revolution in the Middle East is a kind of management crisis. People seek social justice, while relying on Islamic ideology. In your opinion, is it possible to solve these problems peacefully, or are all Arab countries doomed to military conflicts?

- As the Americans say, “controlled chaos” is in the Middle East. Nothing like this. Chaos can not be controlled. I repeat that the West in the Middle East uses Islam as a Trojan horse for its narrowly selfish purposes. First, it is necessary to free the Islamic ideology from all sorts of radical movements. Secondly, the rulers of some Arab countries, in power for more than 20 years, have lost their sense of reality.

They moved away from the people, these rulers, kings, leaders, call them whatever you like, begin to live in a completely different world ... Look, Egypt today is at a crossroads, in Iraq as a result of militant attacks on two prisons in Baghdad, there were no prisoners in 1000 which leaders of al-Qaeda, who most likely crossed the border, to fight on the side of radical Islamic groups, including in Syria. Saudi Arabia, Bahrain, Kuwait, Iran ... Now here are the Muslim Brotherhood in Tunisia, Libya, Egypt, Iraq, they recently settled in Turkey. The Hezbollah party also pursues its goals. I do not want to dramatize the situation, but we must really look at things. As long as these factors exist, the Middle East, unfortunately, will remain a hotbed of tension.

Dr. Abbas, in your opinion, how will the events in Syria affect the region of the Greater Caucasus, the Caspian Sea and Central Asia?

- I want to tell you frankly that the current situation in Syria, Egypt is dangerous not only for this region, but also for Russia and the West. The West is not fully aware that, while supporting the creation of more and more aggressive and radical terrorist groups, it is possible, financially, for the most part, to dig a hole for itself, or, as they say, cut the branch on which it is sitting.

The countries of the Middle East are in fact the southern borders of Russia ... Therefore, it is necessary to carry out the most serious work to neutralize attempts of penetration of radical groups from that side into the territory of Russia. After all, there is a sad and at the same time tragic lesson when mercenaries-terrorists fought in Chechnya, they were in Yugoslavia, in the Balkans, in Turkey ... And everywhere their presence was characterized by unlimited cruelty not only to their enemies, but also to civilians.

It is clear that political Islam will cover more and more Muslim countries. And this is against the background of deepening hatred between Shiites and Sunnis, hatred that is inflated by certain forces from outside. What needs to be done to prevent the destruction of the still existing unity of Muslim states?

- I look at the events taking place not only as a Muslim, but also as a scientist. I must say that this happens, most often when the situation is heated from the inside. As they say, a spark of flame always ignites. Take, for example, Iraq, where Sunnis and Shiites more or less coexisted peacefully. There was interference from the outside, a little bit "added fuel to the fire" and everything ... I think that the problem is that the Islamic world lacks a purely scientific approach to Islam.

Today, a frank recruitment of young people, including from the North Caucasus, is taking place via the Internet to participate in the fratricidal war in Syria. What do you think are the most effective measures against these Internet provocateurs?

“We have to admit that, unfortunately, from their side there is a very well organized ideological training for young people. Social and economic problems are playing into their hands: unemployment, level of culture, education, upbringing. These are all components that recruiters speculate in, luring young people into their networks. Of course, when young people cannot find themselves, they are easily amenable to this pernicious influence of Internet provocateurs. During my lectures, I always explain to young people the true meaning of jihad. After all, jihad is a holy war against the invaders, against the true enemies of Islam. Well, for example, in Syria, they declared jihad against representatives of the legitimately elected government, the devout Muslims were listed as infidels. What we get as a result? The fratricidal war among Muslims, which is undoubtedly at the hands of the enemies of Islam ... "Divide and rule" ...

Young people from the republics of the North Caucasus and Central Asia do not fully understand what is happening, they go to war, while acquiring skills that are incompatible with the canons of traditional Islam. These young people are taught cruelty, sometimes bordering on the inappropriate behavior of the mentally ill. And this terrible stream of trained only kill young people spread throughout the world, among them are members of one of the most brutal terrorist organizations - Al Qaeda.

Of course, it is necessary to carry out serious ideological, spiritual work among young people. This work should be carried out regularly by theologians and scholars of orientalists so that young people receive information that is reasonable both from the point of view of Islam and from science. It is necessary to conduct sermons on these topics in mosques more often, to involve public youth organizations. We must save our youth from radicalism, which is in the hands of the West for domination in this region. Today’s youth face a very important task - confronting politicized Islam. For all history Islam was not subject to such attacks, but despite this, Islam is the most common religion, and the number of Muslims is growing.

Dr. Abbas, thank you very much for the interesting conversation.

Thank you too. I will be very grateful and gladly accept the invitation to visit the Chechen Republic.