The battle for the subsoil: the interests of mining corporations in Central Asia 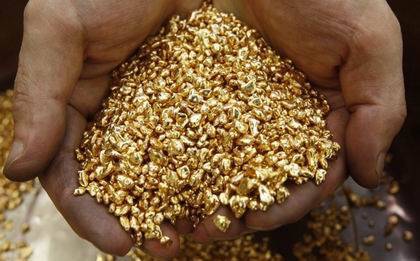 Japan will start mining uranium in Uzbekistan. The corresponding agreement was signed by 8 of July of this year between the Japan National Corporation of Oil, Gas and Metals (JOGMEC) and the State Committee of the Republic of Uzbekistan on Geology and Mineral Resources during a tour of the Japanese economic delegation to the countries of Central Asia.

However, not only Japan shows an increased interest in the depths of the Central Asian republics. The most tasty mineral deposits in the region have long been distributed and handed over to concessions. This article focuses on who and under what conditions carries out the extraction of minerals in Central Asia, and most importantly, that the countries of the region derive from this.

The Paradox of Abundance of Central Asia

During Soviet times, Soviet geologists in Central Asia carried out large-scale geological exploration, the result of which was the discovery of huge mineral reserves. Only a small part of the resources was developed, the rest was explored “in reserve”.

After the collapse of the Union, Central Asia has become a proving ground where corporations from developed countries compete, seeking to provide themselves with raw materials at minimal cost.

The most interesting in terms of development for investors are the deposits of energy carriers - oil, gas and uranium. Kazakhstan has the largest reserves of fossil fuels. With the start of industrial production in the oil and gas field, Kashagan Kazakhstan will be among the five largest oil-producing states in the world. Also, the uranium reserves of 651 800 tons put the republic on the second line after Australia in the ranking of states with uranium ore reserves.

Nature was not cheated by oil and gas and Uzbekistan, which produces gas together with Gazprom. The republic contains more than 114 thousand tons of uranium ore (2,1% of global reserves), which Japan needs without access to uranium ores and nuclear fuel for its 55 nuclear reactors. In terms of gold reserves, Uzbekistan ranks fourth in the world, and in copper and tungsten it is among the top ten countries in the world.

In addition to energy, companies are interested in gold, rare and rare earth metals, as well as non-ferrous metals, in particular copper.

The leader in stocks of rare and rare earth metals in the region is China. In addition, China has the means and capabilities to independently extract these resources and have a significant impact on world prices. It was China’s policy, which raised the prices of rare-earth metals, tightened export quotas to protect its producers, and forced Japan to look for alternative suppliers of valuable minerals.

Large reserves of gold are found in Kyrgyzstan. Copper is actively mined in Mongolia, simultaneously extracting gold from the rock.

How to develop the subsoil

Taking advantage of the chaos, Canadian and Chinese corporations came to the region, gaining control over large deposits of gold and non-ferrous metals. Given the lack of state power, the total corruption and greed of republican elites, companies have easily established their rules for mining. The areas of mineral deposits of interest were handed over to concessions as a result of production sharing agreements (PSAs).

The essence of the PSA is to transfer the right to develop and extract mineral resources to the investor, while the state receives a certain share in the output. Characteristic features of these agreements are the enslaving conditions of distribution of products (as a rule, 70 on 30% in favor of the company), as well as an underestimation of the volume of mining and various accounting frauds.

For example, in Kyrgyzstan, Canadian Centerra Gold Inc., having imposed the PSA on the parliament and former president Askar Akayev, mines gold at the Kumtor mine.

In 2009, Centerra achieved an increase in the concession area on 4080 hectares at the expense of the Sarychat-Ertash national reserve.

The conditions of gold mining for Kyrgyzstan are enslaving, although the company itself, judging by the information on the official website, is trying to convince everyone of the opposite, assuring about large-scale investments and significant tax deductions to the budget of the republic.

At the same time, the corporation is not unreasonably accused of serious accounting frauds and an underestimation of revenue indicators in order to reduce tax deductions.

It is highly doubtful that in the Mongolian gold field Gatsuurt, whose 100% stake is also owned by Centerra, the corporation behaves differently.

Similarly, the Chinese behave in the development of foreign mineral resources. At the end of May, it became known about the initiation of a criminal case by the Kyrgyz law enforcement agencies on the fact of the illegal export of silver by the Chinese company Full Gold Mining worth over 109 thousand dollars. Another Chinese company ELKO – service in 2009 – 2010 hid almost 20 kilograms of gold from taxation.

Now Chinese corporations are trying to enter Central Asia with a new force. And the Japanese JOGMEC is not averse to press the Canadians and the British in the battle for resources and profits.

Russia in the region occupies a rather defensive position, which is why the most attractive fields, such as Kumtor and Oyu-Tolgoi, were taken over by Anglo-Saxon companies.

However, having bought Canadian Uranium One Inc., Rosatom became a monopolist for uranium mining in Kazakhstan.

Significantly, the Oyu-Tolgoi gold-copper mine, back in 2009, promised to give to Russian Railways as part of the Infrastructure Development joint venture, in which Russia promised to deposit $ 1,5 billion, and Mongolia - licenses for Oyu-Tolgoi and the world's largest coal deposit, Tavan-Tolgoi .

However, in violation of the agreements Oyu-Tolgoi was transferred to the alliance of Rio Tinto and the Canadian Turquoise Hill.

Now the alliance is developing one of the richest copper ore deposits in the world. Oyu-Tolgoi annually gives 450 corporations thousands of tons of copper and 13 tons of gold. By 2020, the profit from sales of copper mined at the mine will be 30% of Mongolian GDP, it is hard to calculate the income of Canadians, but it is obvious that they will be even higher.

China is trying to use rare earth metals as a tool of foreign policy, as well as to reduce their production on its territory. In addition, Chinese mining companies themselves are not averse to increasing their share in mining projects in Central Asia. Only in Kyrgyzstan, according to unofficial data, about 70% of licenses for the development of gold deposits belong to companies from the Middle Kingdom.

Important for the PRC is to ensure uninterrupted energy supplies from Central Asia, especially in the face of further increases in tensions with the United States, as well as a developed plan for a sea blockade of the coast of China. Trying to beat out competitors, the Chinese are suing the courts, challenging the licenses granted to Canadians.

So, in May, the Canadian Stans Energy Corp. announced that the Chinese company Hongbo Baotou is trying to challenge the right to develop the Kuttisay field in Kyrgyzstan 2, in which 1960 – 1991 mined around 80% of rare-earth metals in the USSR.

Japan entering Central Asia is also trying to provide itself with resources. And here the Japanese have two priority activities. The first is the provision of uranium, from which Japan was cut off. After the termination of the HEU-LEU program, which provides a substantial share of the US needs for nuclear fuel, it is necessary to increase uranium mining.

Canada and Australia can become the main suppliers of uranium ores, but it is extremely difficult to quickly increase production rates. Consequently, the main priority for deliveries will be secretly received by the USA. Japan, on the other hand, risks experiencing the consequences of a uranium “famine”. In addition, the Japanese industry is very dependent on the supply of rare earth metals, which receives mainly from China. Wanting to reduce the cost of raw materials and reduce dependence on China, the Japanese will try to maximize their presence in Central Asia.

Naturally, no one takes into account the interests of the peoples of the Central Asian republics.

Without sovereignty and union - no way

In fact, almost all the republics of the region, with the possible exception of Kazakhstan, do not have real sovereignty, and therefore are not able to defend their interests, controlling the activities of mining companies.

Chinese and Anglo-Saxon corporations, entrenched in the region before all, are actively working with national elites, courts and NGOs, trying to defend their interests as much as possible. Thus, foreign mining companies destabilize the republics in which they operate by buying officials of various ranks and levels.

At the same time, almost all foreign investors are engaged in fraud, because the main interest of such structures is to get super-profits. In addition, competing between themselves and the republican elites, these structures inevitably involve the masses in political struggle, sometimes creating bizarre organizations, whether they are Kyrgyz special detachments of women or Mongolian nazi defenders of nature.

And again the main enemies of the Central Asian republics are their national elites. For example, former Kyrgyz president Askar Akayev "presented" the gold-bearing Kumtor to Canadians, and his colleague Kurmanbek Bakiyev gave the Ishtamberdi deposit to the Chinese for a pittance, having underestimated the volume of gold almost four times.

The governments of the national republics are not able to independently bring order to the mining sector of their economies. Perhaps the only way out of this situation is to restore the sovereignty of the countries of the region, which is impossible without participation in Eurasian integration. Only after the restoration of the sovereignty of the republics will it be possible to terminate contracts with foreign corporations.

I believe that as the Customs Union is strengthened and the Eurasian Formation is formed, it is worth considering the possibility of creating an allied mining company, endowing it with the powers to extract minerals in the territory of the association.

Otherwise, the residents of the republics in the medium term risk finding themselves without means of subsistence, but with devastated subsoil, deep pits and immense dumps of waste rock.