The fusion of skill, courage, will 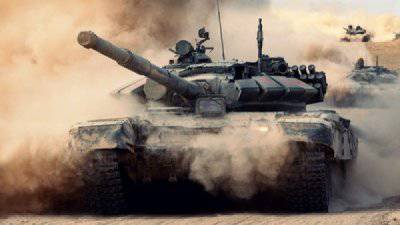 In mid-August, everyone who is partial to tanks, an unforgettable sight awaits. At the training ground in Alabin near Moscow, All-Army competitions "Tank Biathlon" will be held.


Competitions of tank platoons and crews will be held at the Alabino training complex of the 2 Guards Motorized Rifle Division of the 20 Army of the Western Military District from August 12 to 17. It is noteworthy that not only Russian soldiers and officers will show their skills, but also the soldiers of the armies of Armenia, Belarus and Kazakhstan, invited to participate in this tournament.

“The main objectives of this event are to increase the prestige of military service in the Armed Forces, develop competition among tank units, identify the best of them, and also strengthen military cooperation between the armed forces of the participating states,” Lieutenant-General, Chief of the Ground Forces Combat Training Directorate, said. Yuri Petrov.

According to Yury Petrov, the best tank platoons of combined arms of the Russian army are involved in the “Tank Biathlon”. These are winners or prize-winners of the stages of competitions held in combined-arms unions and military districts (one tank platoon each
T-72B from each military district). If we talk about tank crews, there will also be four of them from the Russian army - these are the best units that have become the victors of the stages from the armed forces in military districts. From the armed forces of foreign countries in the competition will take part on one crew - as defined by the regulations.

- In all military districts, the stages of the field training of tankers have already passed, - said Yuri Petrov. “In particular, such events were held at the Kamenka, Nikolo-Aleksandrovsky, Shali, Borzya-Novaya, Burduny, Bidzhansky training complexes at the Yurga, Chebarkul and Sergeevsky training grounds. In general, it is worth noting that the training of tank crews began in advance. Selections were held during the competitions in associations (at this stage of the field training competition, the best crews 235 were determined). And on July 24, the selection stages are being completed in military districts. I note that the commanders of the armies and troops of the military districts during the competition created conditions as close as possible to the conditions of the future Tank Biathlon.

Competitions in Alabin will be held in three categories. The best tank platoon of the Russian Armed Forces among the tank platoons of military districts, the best crew of the T-72B tank will be determined, where one crew from the district will compete. Among the representatives of the armed forces of Armenia, Belarus and Kazakhstan, the best crew will be revealed.

Russian tank crews have to go the route of 6.100 meters with overcoming obstacles. Launches of anti-tank guided missile launches, firing from NSVT and regular projectile and execution of the PKT firing practice at a remote shooting range are also planned. Crews attracted to the international stage will have to compete on the 3.600 meter route with firing from a tank gun during flanking movement of the tank on the go “from the side”.

“I note that the crews perform this exercise only during this competition,” noted Lieutenant-General Yuri Petrov, acting chief of the Ground Forces Combat Training Directorate. - To date, the current rate of fire such a method of firing is not provided.

It is interesting that along with the improvement of skills in actions during armament, such an important point as the appearance of servicemen was also ignored. For Russian tank crews, a special uniform has been developed - original overalls with an inscription on the back of the “Army of Russia”.

- It is worth noting the work carried out in preparation for the competition of military equipment, - said Lieutenant-General Yuri Petrov. - The modification of the T-72B tank was not chosen by chance: it was this type of vehicle that was mainly in service with the armies of the participating States. At the same time, all the tanks on which competitions are planned to be held, were filed into the formation according to the plan for its formation (as is known, the 2-I Guards Taman Motorized Rifle Division was re-formed in May of this year). Consequently, the machines are in the same technical condition. The distribution of the tanks directly to the crews will be carried out according to the results of the draw.

A large amount of work was done in Alabin and on the preparation of routes, as well as tank crossings. The route has already appeared on the terrain, the characteristics of which allow you to check-in simultaneously with four tanks with the arrangement of overtaking sites. In the places of maneuvering (on turns) reinforced concrete slabs were laid; and at the intersection of the road with roads that have asphalt concrete pavement, tank crossings are equipped. Obstacles were created, which were previously foreseen only at the tankodrome: mock-up of the track bridge, a section of obstacles and maneuvering, a passage in the mine-explosive obstacles. A start line and a firing line were also prepared for shooting from a place, platforms for figured driving of tanks and for waiting for the next crews were created. In addition, the target field was almost completely re-equipped, including additionally installed lifting devices for 93 targets.

- As an indicator of the volume of work performed, I will give only one example: the height of the earth mound (shelter for lifting equipment of one target) must be at least two meters. And we have such targets equipped with almost a hundred! - stressed the Acting Head of the Office of Combat Training of the Ground Forces. - The length of dug trenches for cable laying is calculated by tens of kilometers. And these are just some of the elements of the preparatory work at the site.

The winners of the Panzer Biathlon All-Army competition will receive various prizes. Some of them are far from symbolic. Thus, the keys of the VAZ-2121 Niva will be handed over to the members of the best crew of the Army. This is a gift from OAO NPK Uralvagonzavod. It is also planned to award commemorative prizes in the nominations "The best tank commander", "The best gunner-operator", "The best mechanic-driver". The winner and prize-winners of the international stage of the competition will be presented with a model of the T-72 tank on a pedestal of ornamental stone. In addition, all contestants will receive memorable gifts and souvenirs with the symbols of the competition and the Armed Forces of the Russian Federation.

Paying tribute to the traditions of tankers, an exhibition of samples of retrobrontechnics was planned in Alabin on these days. These are legendary cars: T-34-86, T-34-76, T-36, BA-3М, SU-100П. And on the day of the final of the competition all this equipment, which is still on the move, will be held in a single column along with modern combat vehicles: T-90A, T-72B, BMP-3, BTR-82A, BREM-1M.

Ctrl Enter
Noticed oshЫbku Highlight text and press. Ctrl + Enter
We are
President of the Federation of Tank Biathlon A.N. Stolyarov: “The creators of World of Tanks are going the right way”Tank biathlon for crews of the Western Military District
16 comments
Information
Dear reader, to leave comments on the publication, you must to register.