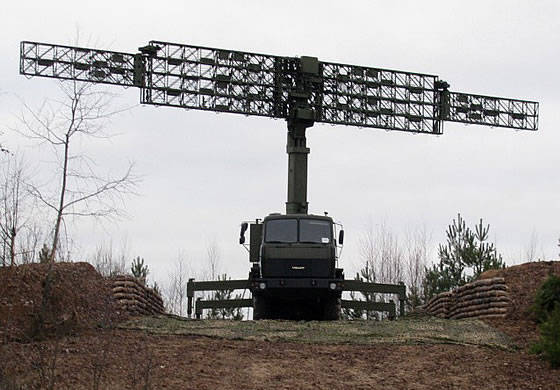 
These radars make it possible to effectively detect modern low-profile fighters, including the J-20 being developed in China. The station is characterized by increased noise immunity, secrecy, reliability and mobility.

According to the developers, the Vostok-E radar is capable of detecting subtle fighters, including the American F-117A, in the presence of interference at a distance of 74 km, and in their absence - up to 350 km.

Sources report that Belarus plans to sell the Vietnamese armed forces around 20 radar "Vostok-E", as well as to send advisers to train personnel to use the new equipment. A group of Vietnamese specialists have already been trained in Belarus in June of this year.

Experts believe that the strengthening of military-technical cooperation with Belarus will allow Vietnam to diversify imports by the countries supplying military hardware.

Ctrl Enter
Noticed oshЫbku Highlight text and press. Ctrl + Enter
We are
“Limping” credibility of the purchase of “Rafale” and “Gripen” for the Vietnamese Air Force in the light of the “fight” for the SpratlyBelarusian weapons and own equipment
Military Reviewin Yandex News
Military Reviewin Google News
42 comments
Information
Dear reader, to leave comments on the publication, you must to register.