July 16 2013
148
The Japanese figured out who recently represents the most terrible threat to the Land of the Rising Sun. In the new report of the Ministry of Defense of the country, the People's Republic of China and the DPRK were named as the states that are a growing threat to the security of Japan. And if, in relation to North Korea, Japanese analysts conducted a line to the United States (Pyongyang will work a little more, will create ballistic missiles on technologies tested in December, and they will reach the central and western regions of the continental US), but for China, placed on local territorial island disputes. 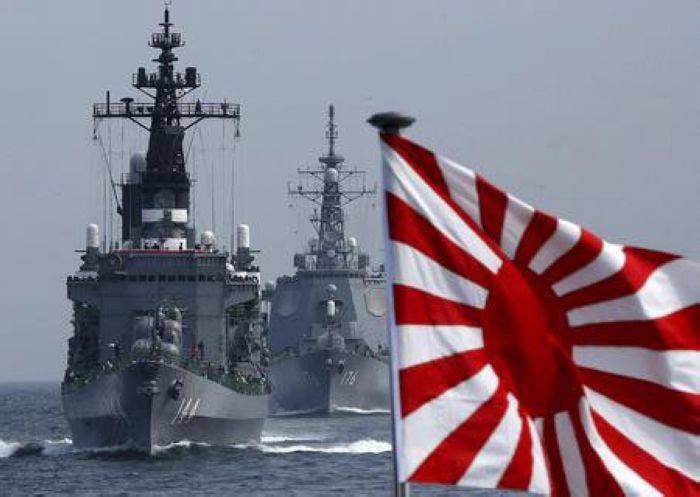 "In the situation around Japan, there are a number of different problems and destabilizing factors, some of which are becoming more tangible, sharper and more serious," the report of the Japanese military quotes "Voice of America". According to the defense department of Japan, Beijing is trying to "force to change the status quo." However, it is based on "claims that are incompatible with existing international legislation."

The report also notes: “Some of China’s actions include the invasion of Japan’s territorial waters, the violation of its airspace, and even dangerous actions that may cause an unforeseen and extremely regrettable situation.”

By December 2013, Japan intends to submit a new defense plan. The ruling Liberal Democratic Party submitted recommendations to the government, including the study of issues of building capacity for attacking enemy targets.

On July 12, the head of the Japanese government, Shinzo Abe, in a statement published on the occasion of the state holiday of the Day of the Sea (July 15), noted that Japan would protect its interests at sea and ensure the safety of territorial waters and exclusive economic zones.

"The peace and prosperity of Japan, as a sea power, is built on freedom, openness and security of the seas," quotes Abe correspondent ITAR-TASS Igor Belyaev. “And I will defend the interests of our country at sea, its territorial waters and exclusive economic zones.”

Local analysts believe that the Prime Minister pointed out a territorial conflict with China around the Senkaku Islands (Diaoyu).

The head of the Japanese government said that he would not allow a single attempt to "resolve disputes at sea by force, not legislative law."

Igor Ponomarev ("CCI-Inform"), referring to the newspaper "Sankey", writes that the Japanese military department began to develop ballistic missiles with a range of 400-500 km. They are supposed to be used to defend the Senkaku Islands from the Chinese invasion. Placed missiles will be in Okinawa.

The Japanese Ministry of Defense predicts that new missiles will be able to cover the distance in 500 km in five minutes. According to the newspaper, Tokyo intends to use ballistic missiles to instantly prevent a possible landing of the enemy on the approaches to the islands.

Other details reported Daria Tsilyurik ("Independent newspaper"). In addition to ballistic missiles, the Land of the Rising Sun decided to create airborne troops on the American model.

General Tadao Maeda, commander of the First Airborne Brigade, told Reuters that Japan could create an airborne unit like the US Marine Corps. Landing will be made by convertoplanes (called the American "Bell V-22 Osprey"). Will also strengthened intelligence, which will give the "drones".

Obviously, D. Tsilyurik notes, the Japanese army expects to assume the functions performed by the US military bases in Okinawa. This is done in order to be able to independently protect the remote islands.

As for the Chinese, shortly after the report appeared, the representative of the Chinese Foreign Ministry, Hua Chuning, said that Beijing is in favor of resolving territorial disputes through dialogue, but Japan "exaggerates the Chinese threat, provoking tensions and confrontation."

Andrey Ivanov ("Voice of Russia") notes that the Japanese Self-Defense Forces are separated from becoming a full-fledged army by two circumstances: 1) the lack of offensive weapons: strike aircraft carriers, long-range ballistic missiles, strategic bombers; 2) 9 is an article of the Constitution prohibiting the use of military force for any purpose that goes beyond self-defense.

Japan will be able to eliminate the first item relatively quickly. As for the 9 article, it’s what Mr. Abe wants to revisit the hawk.

As A. Ivanov reminds, several years ago, an amendment to the Japanese Constitution was called upon by Washington, who felt the need for Japanese assistance in military operations in Afghanistan and Iraq. As the well-known Russian Japanese expert, Alexander Panov, notes, today the United States is not so ardently supporting Abe’s initiatives to revise the Constitution: Americans fear that the emergence of full-fledged armed forces in Japan in the face of aggravating its relations with its neighbors may aggravate the situation in the Asia-Pacific region. The cause of the aggravation will be territorial disputes.

In their articles, Chinese experts close to the Foreign Ministry speak of their readiness to build relations of a fundamentally new form with the United States. Materials in the press appeared just after the June summit of Barack Obama and Xi Jinping in California.

It is interesting that in the case of such an allied “Big Two” Japan loses the honorable and convenient status of the main US ally in the region. The possible confrontation between Washington and Beijing makes opponents of China and Japan. Both options are bad, which was explained by then-Japanese Prime Minister Yukio Hatoyama back in 2009.

From here, we add in conclusion, and so tough is Mr. Abe’s position: to defend the disputed islands without the participation of the United States, with our own forces, with our own missiles, with our own marines. The world is changing before our eyes, and most likely, taking into account these changes, the Japanese Constitution will also be adjusted.

Observed and commented on Oleg Chuvakin
- especially for topwar.ru
Ctrl Enter
Noticed oshЫbku Highlight text and press. Ctrl + Enter
We are
DPRK defense potential in Google Earth imagesResults of the week. "Excuse me, did I, too, chapel ...?"
Military Reviewin Yandex News
Military Reviewin Google News
148 comments
Information
Dear reader, to leave comments on the publication, you must to register.