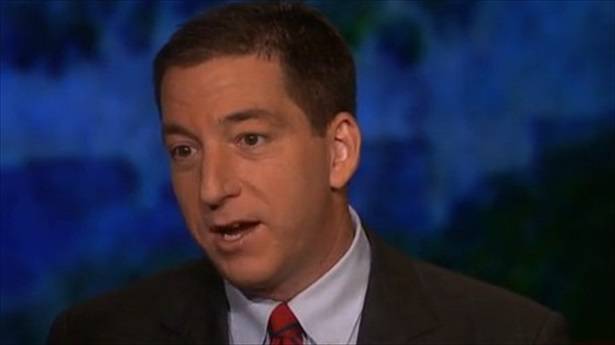 The Guardian newspaper journalist Glenn Greenwald, in an interview published on Saturday, said that the United States must “pray on its knees” that nothing bad would happen to Edward Snowden because the information, which in this case will be made public, will be “creepy” nightmare ”for the country. According to Reuters, Greenwald was interviewed by the Argentinean newspaper La Nacion.


“Snowden has enough information to do more damage to the American government in a minute than anyone has ever done,” Greenwald said.

“The American government must pray on its knees every day so that nothing will happen to Snowden, because if something really happens, all the information will be made public, and this can be a terrible nightmare.”

Currently, Snowden has appealed to the Russian authorities for temporary political asylum in this country. On Friday, he said that US officials were blocking all his efforts to find a safe path to any place from which he would not be extradited to a US court.

“The government and intelligence services of the United States of America tried to make an example of me — a warning to all other people who could talk, as I did. I was deprived of citizenship and persecuted for my political statements. The United States government has put my name on its black list of wanted criminals. It demanded that Hong Kong, in violation of its own laws and in violation of the international legal principle of non-extradition, forcibly returned me [to the USA]. It threatens to sanction countries that protect my human rights and the UN system of political asylum. It took an unprecedented step - ordered its NATO allies to land the plane of the president of a Latin American country in search of a political refugee. Such a dangerous escalation poses a threat not only to the honor and dignity of Latin America, but also to the basic rights that belong to every person and every country - to live without being persecuted, to seek and receive asylum. ”

Greenwald told La Nacion that Snowden was hiding documents all over the world that reveal in full detail the current American espionage program against Latin America. He said that one American telecommunications corporation was particularly supportive of US espionage in the region, but refused to name it.

- Did Snowden decide to stay in Russia for the time until he could move to Latin America?

- Yes, [now] the most important thing is not to be behind bars in America, it has already been proved that the American government is extremely vindictive, it punishes those who speak the uncomfortable truth, its judicial system cannot be trusted when it comes to people accused of threatening national security judges do everything they can in such cases to secure a conviction. The person would be immediately sent to prison so that he could say nothing more and he would spend the rest of his life behind bars.

- There are not many countries in the world that have the ability and willingness to disobey American demands. Russia is one of these countries, and so far it has been so.

- Besides the revelations about the system of espionage in general, what additional information does Snowden have?

“Snowden has enough information to do more damage to the American government in a minute than anyone has ever done history U.S.A. But this is not his goal. His goal is to expose those computer programs that people all over the world use, not knowing that they reveal themselves, although they did not consent to the violation of their right to privacy. He has a huge number of documents that would have done great harm to the US government if they were made public.

- Are you afraid that someone will try to kill him?

This is possible, although I don’t think it will be useful to anyone. Thousands of documents have already been distributed and there is confidence that several people around the world have their own file. If something happens, these documents will be made public. This is your insurance policy. The American government must pray on its knees every day so that nothing will happen to Snowden, because if something really happens, all the information will be made public, and this can be a terrible nightmare.

- Can Latin America be a good haven for Snowden?

“Only a few Latin American countries, plus China and Russia, challenged the United States, they realized that America is no longer able to act from a position of strength, as it did before, and that the rest of the world should not obey their demands, as if there was an imperial order. In Latin America, there is a clear sympathy for the United States, but at the same time there is also great dissatisfaction because of certain historical policies of Washington in the region. What happened to the Evo Morales aircraft in Europe caused a strong reaction; it looked as though Bolivia was viewed as a colony, rather than a sovereign state.

Ctrl Enter
Noticed oshЫbku Highlight text and press. Ctrl + Enter
We are
Geopolitical mosaic: mass protests against racism began in the USA, and Russian programmers showed the highest class at the world levelEdward Snowden as a phenomenon of an empty chair
Military Reviewin Yandex News
Military Reviewin Google News
52 comments
Information
Dear reader, to leave comments on the publication, you must to register.