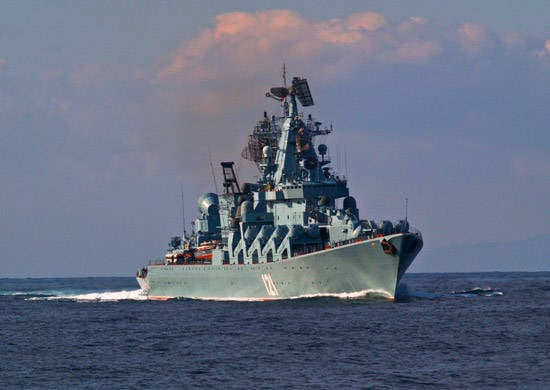 
At the sea crossing from Sevastopol on the ship, a number of special ship training and exercises on the organization of air defense, the struggle for survivability and anti-terror were conducted.

On July 12, the GRKR “Moscow” will proceed to the Strait of Gibraltar into the Atlantic Ocean, and on July 13 will make a business visit to the Portuguese capital Lisbon.

After the cruiser completes its program of entry into Portugal, an inter-fleet squadron of warships will be formed, which, in addition to GRKR “Moscow”, will include the large anti-submarine ship of the Northern Fleet “Vice-Admiral Kulakov” and support ships.