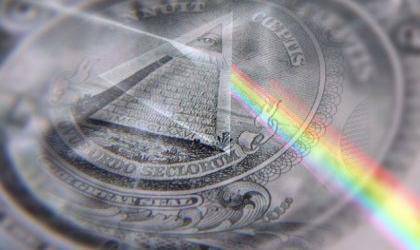 The world of finance as an information system


A modern international financial system is primarily an information system, that is, a system for collecting, processing, storing and using information about customers of banks, insurance companies, pension funds, investment funds, other financial companies and organizations. Gather information of all kinds. If these are individuals, then data on financial status, health, work, property, relatives, living conditions of citizens, etc. If it is a legal entity, then data on the current financial and economic situation, credit stories, information on proposed investment projects, managers, shareholders and managers, contracts, the state of fixed assets of companies, etc. etc.

For collecting, processing, storing and transmitting information, banks and other financial organizations primarily use their own services. In addition, the information infrastructure of the financial sector includes credit bureaus, rating agencies, specialized information companies. Several banks or firms may create joint information pools (databases) about customers. Powerful information centers are central banks that perform banking supervision functions and have virtually unlimited access to the information of commercial banks. In addition, some central banks in parallel are independently collecting information. For example, the Bank of France monitors enterprises in the real sector of the economy, justifying it with the need to improve its monetary policy. Powerful streams of financial and commercial information pass through payment systems - information and telecommunication systems. Separate information systems of the financial sector provide, in general, a very wide “capture” of information, closely intertwining and interacting with each other.

The overwhelming majority of banks and financial companies have security services. Officially, their main function is to protect their own information. Informally, many services are engaged in obtaining additional information about their customers and competitors. Naturally, this is a secret activity using special technical and agent-based methods.

The information collected by banks and financial companies becomes confidential, access to which from the outside can be obtained only on the basis of special orders of the courts and the prosecutor's office. The possession of confidential information, as well as considerable independence from government bodies, unites the world of banks and the world of special services. It can be said that the construction of a global information “cap” is conducted by the special services and banks together. In fact, there was an organic merging of Western intelligence services and the financial and banking world. An enormous “shadow” “Leviathan” emerged, possessing powerful financial and information resources and putting under control all aspects of society’s life.

SWIFT as a global financial and information "cap"

I am sure that many have heard the English abbreviation SWIFT, which stands for Society of Worldwide Interbank Financial Telecommunications. From a technical point of view, this is an automated system for the implementation of international monetary settlements and payments using computers and interbank telecommunications. From a legal point of view, it is a joint-stock company owned by member banks of different countries. The company was established in 1973 by representatives of 240 banks of 15 countries in order to simplify and unify international payments. Functions from 1977 year. The overwhelming part of all calculations provided by SWIFT is dollar. The company is registered in Belgium (its headquarters and permanent bodies are located in La Ulp, near Brussels) and operate according to Belgian law. The supreme body is the general meeting of member banks or their representatives (General Assembly). All decisions are taken by a majority vote of the participants in the assembly on the principle of “one share - one vote”. The dominant position on the board of directors of joint stock company SWIFT is occupied by representatives of banks in Western Europe and the USA. The number of shares is distributed in proportion to the traffic volume of the transmitted messages. The largest number of shares are the United States, Germany, Switzerland, France, United Kingdom.

Any bank having, in accordance with national legislation, the right to conduct international banking operations, can become a member of SWIFT. As early as the end of the twentieth century, SWIFT could not be bypassed if a legal entity or an individual was required to send money to another country. Since the lion's share of all international payments and settlements was carried out in US dollars, all transactions went through correspondent accounts opened by banks of different countries in American banks. The latter, in turn, had accounts in the US Federal Reserve. Thus, the SWIFT society, formally being international, closed on the Fed. And despite the fact that the American banks in the joint-stock company did not have a controlling stake. SWIFT servers are located in the USA and in Belgium.

In the middle of the last decade, SWIFT served 7800 financial and banking institutions in 200 countries. The serviced cash flow was estimated at 6 trillion. dollars per day.

SWIFT as a joint venture between the Fed and the CIA

In the summer of 2006, a scandal erupted around SWIFT. The push was given to him by publications in the American editions of The New York Times, The Wall Street Journal and The Los Angeles Times.

The essence of the story is as follows. After 11 September 2001, the US authorities came up with the idea to put all money transactions under the control of the security services both domestically and especially cross-border transactions. The official purpose of such control is to prevent the financing of terrorism. Soon after 11, September, the CIA contacted the SWIFT community and began reviewing information about incoming and outgoing payments in the United States. There was no legal basis for such a viewing by the CIA. Even members of the SWIFT community did not know about this activity of the Agency. In order to somehow justify the CIA’s control over the operations passing through the SWIFT system, negotiations were held in Washington’s 2003 between the Society for Worldwide Interbank Communications and a number of US government departments (including the CIA and the FBI), and Fed Chairman A. Greenspan attended.

The parties agreed to continue cooperation, subject to certain rules of Washington. These include increased control by the US Treasury Department and focusing exclusively on cash transactions for which there were suspicions about their connection to the financing of terrorism. The US side has promised not to be interested in data on remittances for other types of crimes, including tax evasion and drug traffic.

It is noteworthy that in the negotiations with the leadership of SWIFT, the Americans used as an argument the reference to the fact that, formally, this is not a bank, but only a body of communication between them. Accordingly, the interest of intelligence to his data, said in Washington, is not a violation of US bank secrecy law. It is alleged that the central banks of Great Britain, France, Germany, Italy, Belgium, the Netherlands, Sweden, Switzerland and Japan were notified of the practice of familiarizing the CIA with SWIFT data. The Central Bank of Russia is not on this list ...

The notification of some central banks about cooperation with the CIA and SWIFT in these central banks received a security classification and did not go any further. Not only the public, but even the governments and parliaments were not in the know (and if they were in the know, they remained silent). The example of Great Britain is remarkable in this respect. The Guardian newspaper in the summer of 2006 published information about how the SWIFT company transmitted to the CIA every year information about millions of operations of British banks. The Guardian stressed that the secret program for transferring confidential information about British banking operations to the CIA is a violation of both British and European laws (in particular, the European Convention on Human Rights). The Bank of England, one of the 10 central banks that have a seat on the SWIFT board of governors, reported that it had notified the British government about this program in 2002. “When we found out, we reported this to the Treasury Department and handed over these contacts to it,” said Peter Rogers of the Bank of England in 2006. - We also told SWIFT that they should personally contact the government. It has nothing to do with us. This is a matter of security, not finance. This issue was to be resolved between the government and SWIFT. ” In a written response to parliament, Gordon Brown confirmed in 2006 that the government was aware of the program. Citing government policies not to comment on "specific security issues," the finance minister declined to say whether measures were taken to "ensure respect for the privacy of UK citizens whose banking operations could be considered as part of an antiterrorist investigation in the United States in collaboration with SWIFT." Gordon Brown also declined to say whether the SWIFT program was legally consistent with Article 8 of the European Convention on Human Rights.

We know almost nothing about whether SWIFT’s cooperation with the CIA and other American special services continues today. This topic in the world media taboo. I suggest: most likely, continues. In any case, the United States has the necessary conditions for this (one of the two SWIFT servers is located in the United States). There are many indirect indications that the SWIFT society, which is formally independent of the states, remains under the strong influence of official Washington. One recent example is the exclusion by society from its members of Iran in 2012. All commentators agree that this was done under pressure from the American authorities.

In conclusion, it must be said that there are other (besides SWIFT) methods of control by the American special services of international financial flows and their participants. The US dollar is still the main currency in the calculations on the global commodity and financial markets. So, the corresponding dollar transactions of legal entities and individuals located outside the United States go through correspondent accounts opened with American banks. Information about transactions and their participants are accumulated in the databases of commercial banks and US Federal Reserve banks. The creation of a powerful consolidated database of the US Treasury is being completed, where information will flow not only from US banks, but also from insurance companies, pension funds, other financial companies and organizations. At the beginning of 2013, the media passed information that, in order to ensure security and “US interests”, all American special services — the CIA, FBI, NSA, and others — would access this database.

The accelerated building of the information and financial “cap” in the interests of American banksters and special services forces other countries to look for ways to protect themselves from oppressive control by the “Big Brother”. Today there is a lot of talk about the need to move in international payments from the US dollar to other currencies. Typically, such a transition is considered as a means of leaving countries from financial and economic dependence on the part of the United States. It is right. However, such a transition will also allow you to get away from the informational dependency.

Ctrl Enter
Noticed oshЫbku Highlight text and press. Ctrl + Enter
We are
Banks rule the world. And who rules the banks?
Military Reviewin Yandex News
Military Reviewin Google News
35 comments
Information
Dear reader, to leave comments on the publication, you must to register.