The outgoing head of the Central Bank made a number of sensational statements. 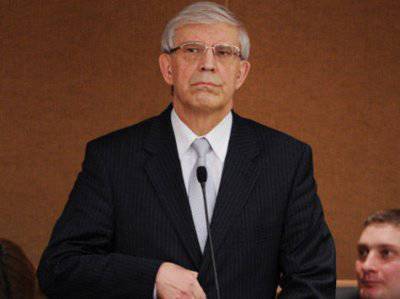 Almost the last public performance of Sergey Ignatiev in the rank of the head of the Central Bank became sensational. Nothing foreshadowed that. It was assumed that the annual report of the Bank of Russia in the State Duma 19 of June would be boring: Sergey Ignatiev would most calmly hand over the affairs of the incoming 24 of June to Elvira Nabiullina. But it turned out the opposite. Sergei Ignatiev revealed a network of one-day firms that snooze 760 billion from Russia. in two years. And even more: a joint investigation of the Interior Ministry and the Central Bank continues. In addition, the outgoing head of the Central Bank spoke on the issue of capital outflows; the fate of the ruble and criticized the Ministry of Finance.


The report itself of the Central Bank was, as expected, boring; Sergei Ignatiev simply voiced well-known (including published MK) numbers. But what started after, during the answers to the deputies' questions and conversations with journalists, became a sensation.

From the rostrum of the State Duma, Sergey Ignatiev said: “In May, we received a formal request from the Ministry of Internal Affairs of the Russian Federation regarding a number of organizations that were used in conducting illegal financial transactions by defendants in one of the criminal cases already initiated. The Central Bank investigated the direct and indirect payment relations of this organization, and two days ago we sent a response to the Ministry of Internal Affairs. We found out that the organizations indicated in the request are a small part of an extensive network consisting of one-day 173 firms through which 760 billion rubles were infringed in violation of the tax and currency laws. in 2010-2012. "

According to Sergey Ignatiev, the criminal network has operated for several years; some operations refer to 2008-2009. MVD, together with the Central Bank continue to investigate. To complete, it is necessary to increase the parameter of the study, which financiers call the “chain length”. Now the Central Bank has analyzed payments from no more than three counterparties. But the first step is the hardest. “If we investigate firms with a chain consisting of more than three payment organizations, then the number of such one-day firms and the total amount of illegal financial transactions will greatly increase,” said Sergey Ignatiev. In his opinion, voiced on the sidelines - "at least an order of magnitude more." Therefore, it consists of no less than 1,7 thousand (!) Legal entities.

And from the podium Sergei Ignatiev made the main conclusion. “I have the impression that this whole network of one-day firms is controlled by one group of individuals,” he added. These "faces" have not yet been named. Probably, in the interests of the investigation: it continues and is still far from completion.

Because the amounts of the output (read — the stolen) are comparable to the total amount of capital outflows from the country. The volume of doubtful operations for 2012 amounted to $ 38,1 billion against $ 25,9 billion in 2010 and $ 33,3 billion in 2011. And according to the corrected data of the Central Bank, the net outflow of capital from the Russian Federation in 2012 year slowed down to $ 54,1 billion from $ 80,5 billion a year earlier. That is, from one third to one half of capital outflows from Russia are of criminal or, at least, dubious origin.

An interesting situation with the outflow in recent months. According to the Ministry of Economic Development, it slowed down to $ 3,5-4 billion dollars in April from 7,8 billion dollars in March. And in May — after a request from the Ministry of Internal Affairs at the Central Bank — it rose again to $ 7-8 billion. “The net capital outflow from the Russian Federation turned out to be unexpectedly large in May,” Sergei Ignatiev stated.

Sergei Ignatiev spoke about the fate of the ruble. He believes the observed decline in the course of the phenomenon to be seasonal and predicts its soon ending. After that, the problem of fighting the excessive strengthening of the ruble, which reduces the competitiveness of Russian goods on the world market, will arise again.

Finally, Sergey Ignatiev criticized the Ministry of Finance for the initiative to limit cash payments. “I believe that the intention to oblige all more or less large points to accept payment cards is very correct. Along with cash transactions, a person should be able to pay non-cash in almost any outlet, except for the smallest ones. The initiative of the Ministry of Finance to limit cash payments can be fraught with great difficulties. The advantages of this solution are very doubtful. I am skeptical about 600 thousands and 300 thousand rubles, and any other amount, ”said Sergey Ignatiev to journalists in the State Duma. By the way, Finance Minister Anton Siluanov, following the June 17 government meeting, stated that: “The Ministry of Finance supports the idea of ​​transferring the right to impose restrictions on cash payments to the Central Bank”

Ctrl Enter
Noticed oshЫbku Highlight text and press. Ctrl + Enter
We are
Armament and equipment acquired for the modernization of the "Admiral Nakhimov"
Military Reviewin Yandex News
Military Reviewin Google News
42 comments
Information
Dear reader, to leave comments on the publication, you must sign in.