I know what you ate for breakfast, Mr. President 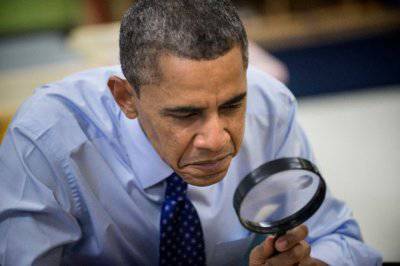 On July 8, representatives from the United States and the European Union will meet to discuss the PRISM issue associated with the US electronic intelligence program. This meeting will be possible "thanks to" the former CIA employee E. Snowden, who gave a presentation on the work of this system to the newspapers "Washington Post" and "Guardian", which they published on the pages of their publications. In particular, the presentation claims that US intelligence agencies are gathering intelligence information on government institutions of the European Union, which caused sharp criticism from Brussels.


As a result of July 4, at a plenary session of the European Parliament in Strasbourg, a majority of deputies approved a resolution demanding that Washington clarify immediately the situation surrounding the espionage of US intelligence in Europe.

The parliamentarians stressed that “if information on espionage of EU state institutions is confirmed, this case may affect transatlantic relations”. During the debate, deputies with radical views proposed a number of amendments to the resolution, which essentially boiled down to the idea of ​​suspending the discussion on the conclusion of a free trade agreement between the EU and the United States.

A spokesman for the German government said that "Washington’s actions have shaken confidence between the US and Europe and will have to restore it" It is worth noting that in the declassified documents Germany is marked as "partner" and "target" at the same time.

This incident was commented on by Polish Prime Minister D.Tusk, who noted that "spying on EU citizens is a serious problem both in relations and for the reputation of the United States." The early head of the Polish Foreign Ministry, R. Sikorski, said that Warsaw would demand an explanation from Washington regarding the activities of the National Security Agency (NSA) against Poland and other EU countries. However, he noted that Poland and the United States are still allies.

The PRISM electronic intelligence program was adopted in 2007 by the NSA and the US Federal Bureau of Investigation. Its main function is in-depth monitoring of the Internet traffic of users of services, such IT companies as Microsoft (Hotmail), Google (Google Mail), Yahoo !, Facebook, YouTube, Skype, AOL, Apple and Paltalk. The main purposes of intelligence are persons living outside the United States using the services of these companies, or citizens of America who are in contact with foreigners. PRISM software allows you to view e-mail and user accounts on social networks, listen to voice and video messages, as well as track sent files. Based on this information, the American special services have a unique opportunity to compile detailed portraits of almost any person, integrating information about him, his interests, and thoughts into a single information block.

According to the Washington Post, on 5 on April 2013 of the year in the PRISM database there were 117 675 users followed by active intelligence.

In addition to IT companies, the three largest cellular operators in the country are connected to the system, with which the program intercepts and records about 1,7 billion phone calls per day.

It should be noted that PRISM is used not only by the United States, but also by the Netherlands and the United Kingdom.

After the release of classified information in open sources, the Director of National Intelligence of the United States, D. Clapper, published an official statement explaining the PRISM intelligence collection program, which is conducted in accordance with Section 702 of the Foreign Intelligence Act (FISA) .

First of all, he stated that the collection of all data was initiated with the knowledge of the US Congress, and all branches of government were notified of this.

As D.Klapper explained, the PRISM system is not a secret data collection program, but an internal government system through which authorized intelligence information about foreign citizens is collected from electronic communications service providers. In other words, these are “secure portals” through which Google, Facebook and other companies transmit information to the NSA.

In turn, US President Barack Obama said that "all the intelligence of the world is engaged in such things, and everyone wants to know not about what I eat for breakfast, but at least about what I am going to talk about at meetings with country leaders. "

At the same time, the US president stressed that in the case of the EU countries, he prefers to receive information directly from European leaders, rather than through intelligence.

It is not known how much the sincerity and openness of US National Intelligence Director D. Klapper, as well as the statement by US President Barack Obama, will help mitigate this scandal, but it is safe to say that the Americans have made a big fly in the honey pot called the transatlantic community. .

Ctrl Enter
Noticed oshЫbku Highlight text and press. Ctrl + Enter
We are
What you didn't want to know about EnglandThe game of "snowballs" across the Atlantic
Military Reviewin Yandex News
Military Reviewin Google News
38 comments
Information
Dear reader, to leave comments on the publication, you must to register.