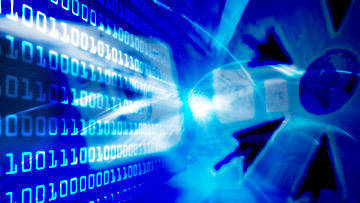 Information protection today is becoming one of the priorities of companies and government agencies. The fact that companies tried to obtain information about the backstage activities of their competitors in order to have a competitive advantage, news difficult to name. But the recent news that the British intelligence services were tapping Dmitry Medvedev's phone at the 2009 summit of the year caused a real shock.


Attempts to intercept important information that can provide the key to solving certain problems are carried out with a high degree of intensity.
These attempts are undertaken by various intelligence agencies around the world. In particular, the former system administrator who once worked at the CIA, by the name of Snowden, made public information about how Western intelligence services obtained personal data about Internet users. The hundreds of billions of SMS messages that subscribers of Chinese cellular operators sent each other are just one example of what information the Americans used.

Today, the Internet has turned into a giant web, which spreads a variety of information. High and the likelihood that it will go confidential or even top-secret information. Specialists in computer viruses and spyware say that there are no fully protected data transfer channels. Sometimes hackers achieve their goals with the help of spam attacks. Today spam protection can be a daunting task for different organizations.

Cyber ​​attacks on government and military organizations have become widespread. Hackers with the help of various computer programs (Trojans, worms) are trying to gain access to the computer of a remote user in order to be able to manage the data stored on his hard drives. These data can allow to get total control over the bank accounts of entire organizations, to paralyze the work of payment systems, bringing millions of losses to a certain organization.

Modern cyber attacks can go from several states at once, from hundreds of thousands of IP addresses, which makes the fight against such attacks ineffective. After all, if millions of requests from different computers are created to the same site, the site will simply collapse. Such an episode today is not uncommon for sites of various media or non-profit organizations.
Ctrl Enter
Noticed oshЫbku Highlight text and press. Ctrl + Enter
We are
Snowden could not act alone
Military Reviewin Yandex News
Military Reviewin Google News
Add a comment
Information
Dear reader, to leave comments on the publication, you must to register.