Vasiliev was suspected of swindle at 600 million 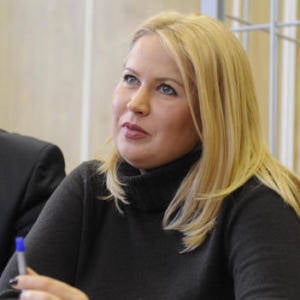 The main person involved in the case of Oboronservis, Evgenia Vasilyeva, became a suspect in the scam with land for 600 million rubles. Together with Vasilyeva in the case is her close friend Larisa Egorina, said the press service of the prosecutor's office.


"It was established that in September 2011, the former head of the Department of Property Relations of the Russian Ministry of Defense Evgenia Vasilyeva, the head of corporate governance Elena Kalnaya, as well as the general director of the above-mentioned joint-stock companies (Oborstroy and 234 SU) Larisa Egorina organized the sale of three land plots over 40 hectares in the Moscow region, owned by JSC "234 SU", at a price underestimated by more than 600 million rubles, "- said the prosecutor's office.

In fact, the fraud by military prosecutors opened a case under the h. 4 Art. 159 of the Criminal Code of the Russian Federation ("Fraud committed by a group of persons by prior agreement, on a large scale"). Materials transferred to the investigating authorities.

Recall the case of large-scale embezzlement in the JSC "Oboronservis" and other structures of the Ministry of Defense are being investigated since October last year. The damage caused to the state, according to preliminary data, exceeded 3 billion rubles. The scandal cost the post of head of the military department to Anatoly Serdyukov, who himself can become the person involved in the criminal case.

In the case are several former high-ranking officials of the Ministry of Defense, close to Serdyukov, including the former head of the department of property relations of the ministry Yevgeny Vasilyeva. During a search of her apartment, several million rubles, jewelry and antiques were seized. Now Vasilyeva, who was previously suspected of embezzling 360 million rubles, is serving a house arrest in the 13-room apartment, while she has the right to go shopping, use the Internet, meet friends, and also walk in the park.

A close friend of Vasilyeva, ex-head of the North-West Territorial Department of Property Relations Larisa Egorina is suspected of illegally renting the territory of a military training ground in the Leningrad Region. The damage from its actions is estimated at 1 billion rubles.