The US will reduce its ground forces by 80 thousand people 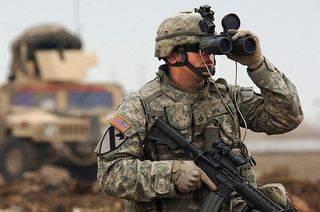 The United States, due to budget sequestration, is starting to reduce the number of its ground forces by 80 thousand people. This was stated by the Chief of Staff of the US Army, General Raymond Odierno.


The reduction is expected to be completed by the end of the 2017 fiscal year (September 30 2017). In addition, as a result of the reorganization, 33 combat brigades will remain in the Army instead of the current 45.

It is noted that out of the total reduction in funding for the armed forces, $ 487 billion falls to the share of the ground forces $ 170 billion. The US Department of State is to reduce its expenses by $ 417 billion over more than a decade in accordance with earlier laws.

Ctrl Enter
Noticed oshЫbku Highlight text and press. Ctrl + Enter
We are
Reports from the militia of New Russia for 2 September 2014 of the yearThe Pentagon has published a four-year review of defense policy.
Military Reviewin Yandex News
Military Reviewin Google News
11 comments
Information
Dear reader, to leave comments on the publication, you must to register.