Lithuanian contribution to the victory over fascism 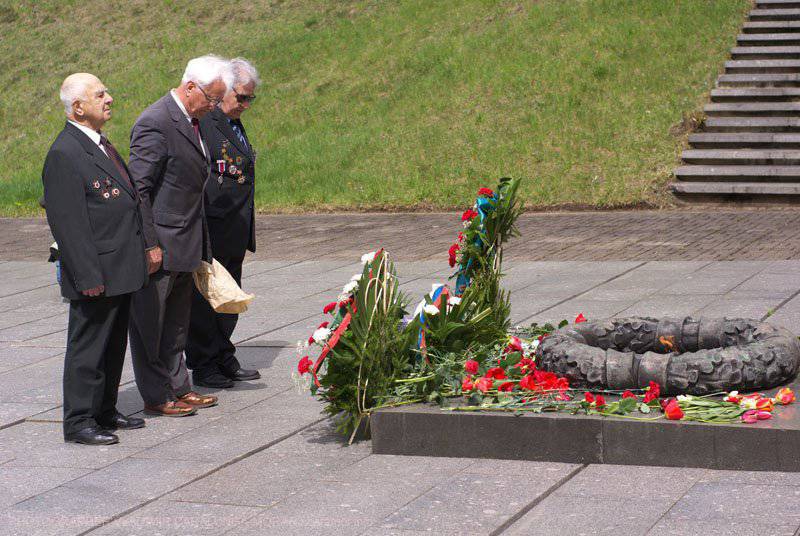 Today in the Baltic countries attempts are being made to falsify history Great Patriotic War. Representatives of local authorities with pronounced Russophobic sentiments are trying to deprive Latvians, Lithuanians, Estonians, Russians, Jews, people of other nationalities living in the Baltic countries, their true identity, or, as they say now, identity.


However, it was the fighters of the Latvian and Estonian corps and the Lithuanian division of the Red Army, the participants of the partisan resistance, who came from the Baltic states, who fought against the Third Reich in other military units and on other fronts, not only defended the future of their people, but also saved their honor and dignity in the hardest and the greatest tragedy of the 20th century. They are the heroes, not those whom the Latvian, Lithuanian and Estonian nationalists are trying to raise on the shield. Unfortunately, the political leadership of these countries expresses a similar Russophobic view of the history of the Great Patriotic War.

Nationalist forces in the Baltic States are trying to convince their people by distorting facts and fraud that it was almost the Soviet Union that unleashed World War II and was an ally of fascist Germany in 1939 – 1941, and therefore bears equal, if not greater responsibility for this tragedy and its victims. In their opinion, the signing of the Ribbentrop-Molotov pact between Germany and the USSR, with the annexation of the western territories of Poland and Romania to Ukraine and Belarus, became the main cause of the outbreak of war. However, even W. Churchill 1 of October 1939 of the year, speaking on British radio, said: "... To protect Russia from the Nazi threat, it was clearly necessary that the Russian armies would stand on this line (in Poland. Approx. Of the author) ... Anyway, this line exists and, therefore, created the Eastern Front, which Nazi Germany would not dare to attack ... "

Fascist Germany not only dared to move their hordes to the east, but was able to inflict a series of heavy defeats on our country in the initial period of the war.

The Nazi order established in the occupied territories was monstrous, and the Baltic collaborators made a significant contribution to this. But the peoples of the Soviet Union were able to strengthen their spirit, gathered their strength, defended themselves from enslavement and destruction. A considerable contribution to this was made by the Latvian units. For this they are bowed down and eternal memory.

The core of the personnel of the division was formed from workers, peasants, intellectuals of the Lithuanian SSR, (of which about 22 thousand people had evacuated at the beginning of the war, of which men were up to 14 thousand). Fighters and commanders of the former 29 (Lithuanian) Territorial Rifle Corps (about 3 thousand people) were also added to its membership; young officers - graduates of the Vilnius Infantry School, who underwent an abbreviated military school course in Novokuznetsk (Kemerovo region); Lithuanians - natives of other republics of the USSR; Lithuanians transferred from other parts of the Red Army. Among the generals and commanders were veterans of the Civil War, and the cadre commanders of the Red Army, and officers of the former Lithuanian army. In total, the division numbered over 10 thousand officers, sergeants and soldiers.

With the arrival of the division liberated during the war of the Lithuanian SSR in 1944 – 1945, about 13 thousand inhabitants of Soviet Lithuania replenished it, which changed the national composition of the units: the number of Lithuanians in the division increased from 32,2% by 1 in July 1944 to 68,4% As of April 27 1945.

From the 25 of August to the 5 of September 1944 of the city, 10 145 came to the call-up commission of Kaunas. In the first two weeks after the liberation of Vilnius, 1417 people joined the army. Before 16 September 1944, 83 941 people joined the ranks of the army from the liberated counties of the republic. All in all, 108 378 people entered Lithuania from the Red Army at the final stage of the war. They fought with the fascist invaders on different fronts until Victory. More than 150 thousands of citizens of the Lithuanian SSR participated in the war years in active armed struggle with the enemy.

16-I Lithuanian division participated in many battles. In one of the greatest battles of the war, the battle of Kursk, in the Polotsk, Šiauliai, and Klaipeda operations, in Kurland, where during the winter and spring she continued to fight against the Nazis and, together with other units of the Red Army, accepted the surrender of units of the German-fascist group.

After the territory of Lithuania was completely cleared of the German fascist invaders, the Lithuanian people greeted this news with glee. In mid-July 1945, the Lithuanian division made a triumphal march through the whole of Lithuania. In Vilnius, a parade of winners was held.

After the end of the war, the results of the combat activity of the 16 Infantry Rifle Division of the Lithuanian Klaipeda Red Banner Division were summed up. From February 1943 to 9 in May 1945, the 13 764 Warrior Divisions were awarded more than 21 with a thousand military orders and medals. She received four thanks from the Supreme Commander, 12 soldiers of the division were awarded the title Hero of the Soviet Union. The division fought as part of the Bryansk, Central, Kalinin, Leningrad, 1 of the Baltic fronts.

The division marched 386 kilometers, liberated 648 settlements, including 11 cities, destroyed more than 30 thousand and captured about 12 thousand enemy soldiers and officers. Her warriors were shot down and burned 108 tanks, 8 self-propelled artillery installations, 50 armored personnel carriers, destroyed 138 guns of various calibers, 111 mortars and many other military equipment of the enemy.

The Lithuanians in the ranks of the anti-Hitler, anti-fascist coalition fought, of course, not only under the banner of the 16 of the Lithuanian division. Many of them were in the partisan detachments, and in other parts of the Red Army. But it was precisely in the battles waged by the 16 Division that the Lithuanian people, together with other peoples of the multinational Soviet Union, found their most visible embodiment in the struggle for life, honor and freedom.

Ctrl Enter
Noticed a mistake Highlight text and press. Ctrl + Enter
We are
Lithuania: a difficult path to and from RussiaMyths of the Great Patriotic. Papier mache helmet
1 comment
Information
Dear reader, to leave comments on the publication, you must to register.