Belarus and Ukraine have decided the question of the border. Terms of the agreement - for some reason secret 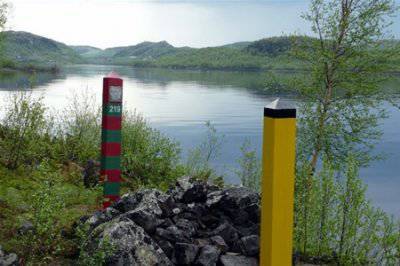 Belarus and Ukraine have concluded an agreement on the state border. The process was started back in 1997, however, for various reasons, the parties could not finally agree. The conclusion of the “border” contract is the main outcome of the visit to Kiev of the head of the Republic of Belarus Alexander Lukashenko, which took place on June 17-18.

So, the agreement between Ukraine and Belarus on the state border was signed on 12 of May 1997 of the year, and ratified by the Verkhovna Rada of Ukraine on 18 of July 1997 of the year. In turn, Lukashenko signed the law “On ratification of the treaty between Ukraine and the Republic of Belarus on the state border” only on May 17 of the year 2010. For the final completion of the procedure, the parties had to sign a protocol on the exchange of instruments of ratification - which was done on June 18 in the presence of Yanukovych and Lukashenko. This protocol defines the officials authorized to exchange ratifications, and also confirms that the instruments of ratification to be exchanged are properly drawn up and in the appropriate form. Without it, the agreement on the state border can not be put into action.

Earlier, Minsk, before finally ratifying the document, demanded that Kiev pay off the debt accumulated during the Soviet period. In 2009, the presidents Yushchenko and Lukashenko agreed to solve the problem using the “compensation mechanism”: electricity supplies at a reduced rate, after which, in fact, the Belarusian parliament ratified the document. However, the agreement remained unfulfilled, and Minsk blocked the transfer of the instrument of ratification to Ukraine.

As for the size of the debt, as the former Ukrainian ambassador to Belarus Roman Bessmertny said, the amount (according to Minsk, Kiev did not recognize the existence of debt in principle) decreased from more than $ 300 million in the times of Leonid Kuchma to $ 69 million during the presidency of Yanukovich.

For Ukraine, the demarcation of the border with Belarus is extremely important in the framework of "European integration", and more specifically, progress in the dialogue with the EU on the liberalization of the visa regime.

There is no information about the terms on which the parties agreed. The heads of state did not hold a final press conference, the head of the foreign policy bloc of the presidential administration of Ukraine Andrei Goncharuk refused to answer the relevant media question, and the omniscient "sources" this time, even a few days after signing the documents, are silent.

Belarus is one of the main trading partners of Ukraine, last year's bilateral trade reached a record level in 7,5 billion US dollars.

As Lukashenko noted after the talks, the parties are interested in unhindered access of their goods to each other’s markets and are ready to eliminate restrictive measures in mutual trade. According to the head of the Republic of Belarus, supplies for complex technical products for leasing are a reserve for increasing trade turnover - for this, the governments of Belarus and Ukraine should speed up preparations for signing an intergovernmental agreement on creating favorable conditions for enhancing leasing activities, and the National banks should take joint measures to expand their use in mutual trade in modern financial instruments. Lukashenko stressed that the parties see the greatest prospect in the development of joint ventures and enterprises in the field of agricultural engineering, development and production of urban passenger transport.

Also during the negotiations, it turned out that Ukraine welcomes the desire of the Republic of Belarus to join the WTO, and, moreover, is interested in this to happen as soon as possible.

In addition, the President of Belarus praised the experience of Ukraine in improving the safety of operating nuclear power plants and even asked for help from Kiev in this area:

“You have vast experience in operating nuclear power plants, but most importantly, you have specialists, there are people. We would like our Ukrainian brothers to help us with specialists in their training. We will count on you very much. ”

Lukashenko, Belarus, Kazakhstan and Russia would like to see Ukraine in the Common Economic Space and the Eurasian Economic Union in Kiev and would not like Ukraine to close its way to these associations by signing restrictive treaties with other organizations.

He noted that Ukraine should follow a certain path in order to study what has already been developed and to understand more deeply the processes that are taking place, suggesting that Ukraine “in the near future” will determine more specifically with regard to the Eurasian Union.

At the same time, Lukashenko suggested not to escalate the situation:

“There is nothing extraordinary in the fact that Ukraine is negotiating with the EU. The Russian Federation is negotiating with the European Union about a new agreement, Kazakhstan is conducting such negotiations on a new agreement with the European Union, and Ukraine is negotiating. Ukraine ... has the right and will build its relations in the interests of only the Ukrainian people, without interfering, of course, with its neighbors. Therefore, we have no caution. But we would like Ukraine to be ours, closer to us. ”

In turn, Yanukovych spoke in the traditional way for himself that the interaction of Ukraine with the Eurasian Economic Commission does not contradict the European aspirations of Kiev. He stressed that Ukraine is committed to "normal trade relations" with the countries of the Customs Union.

For the most part, Ukrainian political commentators of the first echelon saw what they wanted to see in Lukashenka’s visit to Kiev. Here are some characteristic quotes from their statements on the results of the visit that ordinary Ukrainians faced while studying the press (specific names are not important, publicly expressed positions are important):

“... But father is simply afraid to play alone with Putin and Nazarbayev in the Customs Union, so he is looking for support in Yanukovych. Plus, “But” problems with overstocking of its market, because within the CU, the volume of trade has fallen. Therefore, “daddy” is interested in Ukrainian products. That is why he agreed to the conditions of Ukraine, having signed an agreement on border delimitation ... ”.

“... The debt (of Ukraine to Belarus) on barter relations has lost any political sense. Today, Belarus has more important tasks, first of all, of economic orientation, therefore it will strengthen relations with Ukraine in every possible way ... ”

“... Belarus, as the least strong member of the CU, is most exposed to economic risks - because it has the lowest margin of safety among the trios. So, most likely, Lukashenko made a step towards expanding the market, diversifying trade and, perhaps, there are some deeper political agreements than demarcating borders ... ”.

"... As soon as the king left for Europe, the princes began to negotiate. Putin went on a tour of Europe, Lukashenko flew to Yanukovych ..."