70 anniversary of the feat of Alexander Matrosov dedicated 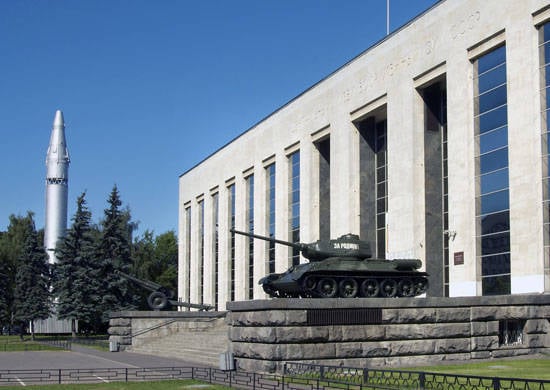 June 21 in the Central Museum of the Armed Forces will mark the 70 anniversary of the feat of the Hero of the Soviet Union guard Private Alexander Matrosov.


With inspiration and love, a thematic exposition created, a documentary about the great military self-sacrifice of the Soviet soldier will be shown to veterans of the Great Patriotic War, cadets of military schools, pupils of cadet corps, representatives of the military-patriotic clubs of Moscow.

Also, guests of the exhibition will see the true banner of the famous 254 Guards Rifle Regiment. A. Matrosov.

And in front of the Central Museum of the Armed Forces, samples of military equipment will be exhibited and field kitchen deployed.

“By the way, not everyone knows that Alexander Matrosov’s Komsomol ticket is stored in our museum, with an inscription made after his death:“ I went to the enemy’s gun emplacement and drowned it. He showed heroism, ”said Anton Gubankov.

Author:
Department of Culture of the Ministry of Defense of the Russian Federation

Ctrl Enter
Noticed oshЫbku Highlight text and press. Ctrl + Enter
We are
The Day of the troops of radiobiological and chemical protection is dedicated toThe action “Military service under the contract is your choice!” In Rostov-on-Don: future contract servicemen, exhibitions and “Russian Knights”
Military Reviewin Yandex News
Military Reviewin Google News
101 comment
Information
Dear reader, to leave comments on the publication, you must to register.