By launching a helicopter carrier. Why Russian media are always ready to believe that "Russian disgraced" 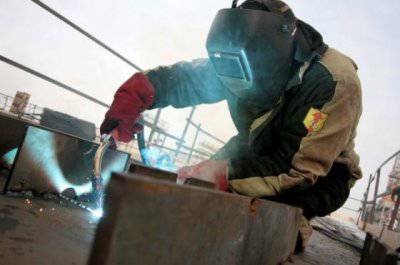 Baltiysky Shipbuilding Plant OJSC is forced to refute the misinformation that has passed in the media. On the day of the laying down for Russia of a second amphibious assault carrier of the Mistral type, RIA News With reference to the words of the Deputy Minister of Defense Yuri Borisov, it was reported that the aft section of the Vladivostok FCD ship would be made in France, because the Baltic people had failed. And this information appeared at that moment when the fully assembled feed section at the Baltic Shipyard was being prepared for launching! A high-ranking Russian delegation at the same time is in France itself.


“Sensation”, despite its apparent inconsistency with reality, was immediately picked up by domestic media (such as “tape.ru”), which are not very versed in the matter, but are always ready to believe that the Russians have failed in something. So obviously absurd news began to be vigorously debated. It has damaged both the prestige of the national defense industry and our delegation located in France with the aim of promoting the products of the Russian defense industry on foreign markets (at the Le Bourget air show).

Two important things are noteworthy here. Firstly, the attack occurred with the filing of one of the largest domestic news agencies. This happened at an extremely “right” moment, when someone needed to put out the negative news that spoke about the success of the Russian defense industry and the strengthening of our fleet. And the agency referred not as usual in such cases - to an “unnamed source” - but to the words of a specific, very high-ranking official who has no right to make nonsense, even in a cheerful mood.

Secondly, the damage from such misinformation is not even in monetary terms. The blow was dealt to the reputation of the leadership of the Armed Forces.
It is no secret that the construction of helicopter carriers in France was the reason for informational attacks on the leadership of the Armed Forces, for accusations of material interest in this contract of individuals, for thoughtful speculations about how “everything is bad for us”. We have already paid a high price for our inability to explain and justify certain steps of military construction and fight informational attacks. It already cost confidence in the transformations taking place in the armed forces. And so that, as before, people should not take frank nonsense at face value, and scant refutations should not be lost in the flood of lies, such incidents should have consequences. Or for a high-ranking official, deigned to joke, or for unscrupulous media.

It should be said that the same RIA Novosti cites the words of the same Yuri Borisov, refuting another old outline on the subject of the construction of the Mistral for Russia:
“It can work in cold waters, there was a lot of speculation about its fuel and other things. All the characteristics of the ship meet the requirements that apply to ships of this class. "

Recall that we are talking about the skillfully-promoted topic of alleged unsuitability of "Vladivostok" and "Sevastopol" for action in a cold climate. Somewhat earlier, even the remarks of Dmitry Rogozin, which related to the negotiations on the certification of domestic brands of fuels and lubricants for French equipment, were used to promote the scandal. And the words of Yuri Borisov refute this old "sensation at the level of rumors", although somewhat belatedly and without giving facts. But who now will believe the deputy minister?

For readers, we are in a hurry to inform you that a stern trigger pontoon has already been installed under the aft section of the DVKD Vladivostok at the Baltic Shipyard. Construction was carried out in strict accordance with the schedule, and 26 June section will be launched. At the end of July, she will arrive in France for final docking with the Vladivostok hull, and in October the finished ship will be launched.

Ctrl Enter
Noticed oshЫbku Highlight text and press. Ctrl + Enter
We are
What you didn't want to know about EnglandList of destroyed the largest and most high-tech enterprises
Military Reviewin Yandex News
Military Reviewin Google News
66 comments
Information
Dear reader, to leave comments on the publication, you must to register.