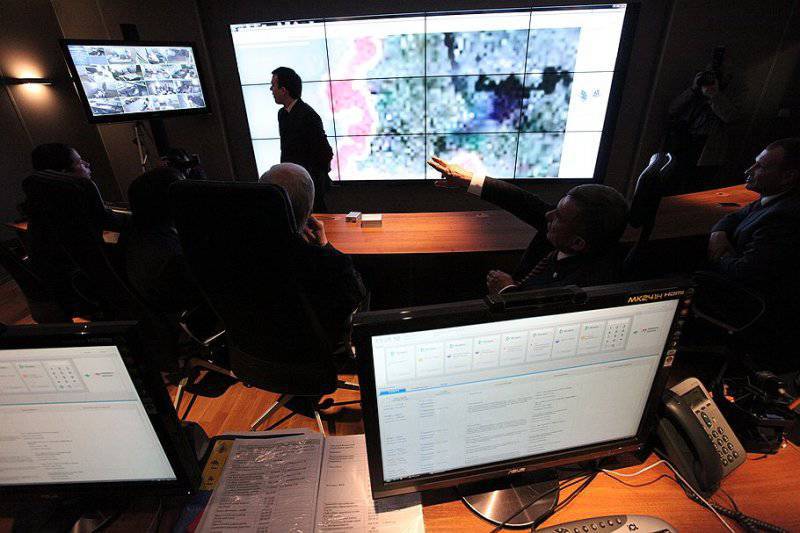 Yesterday it became known about the next major abuses in the implementation of the federal target program GLONASS. The Investigative Committee of Russia (TFR) opened a criminal case against George Kovkov, First Deputy General Director of the FSUE Central Research Institute of Mechanical Engineering, Alexander Chernov, head of the capital construction department of this organization, and Alexander Belov, general director of the FSUE Directorate of Special Construction N5. Officials are suspected of embezzlement through fraud of more than 107 million rubles allocated for the implementation of the program.


According to Kommersant, the FSB of Russia, who oversees military factories in the town of Korolev, near Moscow, initiated a criminal case. The Chekists learned that in 2010, as part of the implementation of the target GLONASS program, the Central Research Institute of Mechanical Engineering carried out reconstruction and technical re-equipment of the N100-1 building. More than 1 billion rubles were allocated from the federal budget for the reconstruction of the building. But, according to operational information, part of the money was stolen by the leadership of the Institute.

During the verification of the fact of theft, according to security officials, was confirmed. Yesterday, the Chief Investigation Department of the TFR for the Moscow Region based on the materials of the FSB against the first deputy director general of the scientific research institute for economics, finance and property complex of George Kovkov initiated a criminal case under Part 4 Art. 159 of the Criminal Code of the Russian Federation (fraud committed by a group of persons by prior agreement on a large scale). In addition, the investigation plans to bring to criminal responsibility in this case the head of the capital construction department of the scientific research institute Alexander Chernov and the general director of the federal state unitary enterprise N5 Special Construction Directorate at Spetsstroy Russia Alexander Belov (the federal state unitary enterprise carried out reconstruction work).

According to the investigation, the theft was committed by falsifying reporting documents for the implementation of reconstruction. The general director of the construction contractor, Belov, falsified acts of acceptance of works on the construction of monolithic structures of the buildings of the building, stating in them that the so-called sliding formwork technology was used in carrying out these works. In reality, the builders used cheaper technology for large sheathing. As a result, the cost of reconstruction was too high for 107 786 759 rub. The fictitious acts, according to the law enforcement officers, were agreed upon by the head of the capital construction department Chernov and approved by the deputy general director of the scientific research institute Kovkov. "Subsequently, on the basis of fictitious acts, these funds from the research accounts of the scientific research institutes were transferred to the special construction department of N5 at Spetsstroy of Russia, and then the accomplices and persons not identified by the investigation with the stolen money were disposed of at their own discretion," said TFR representative Vladimir Markin yesterday.

In TsNIImash yesterday they confirmed that they are aware of the actions taken by the investigating authorities in relation to Mr. Kovkov, however, they clarified that he continues to work in his place. In Spetsstroy yesterday the situation was not officially commented. Alexander Belov himself was unavailable for journalists.

It is worth noting that in the case of major embezzlement in the implementation of the federal target program GLONASS, criminal cases are not initiated for the first time. For example, in May of this year, Zamoskvoretsky District Court of Moscow arrested the current and former General Director of Synertek LLC Vladimir Polishkov and Yevgeny Motorny, who were accused of embezzlement by fraud 85,3 million rubles. when their company carries out research and development work on the development of the navigation satellite system. And in June of this year, the same Zamoskvoretsky court placed under house arrest the general director of NPP Metamark Infosystems, Alexander Klykov, accused of embezzling 15 million rubles. The money was allocated to develop a mathematical model of the power amplifier of the satellites of the GLONASS grouping, which, according to the investigation, was never created.

Ctrl Enter
Noticed oshЫbku Highlight text and press. Ctrl + Enter
We are
Armament and equipment acquired for the modernization of the "Admiral Nakhimov"Reconstruction of the aircraft Fw190A-5
Military Reviewin Yandex News
Military Reviewin Google News
14 comments
Information
Dear reader, to leave comments on the publication, you must to register.