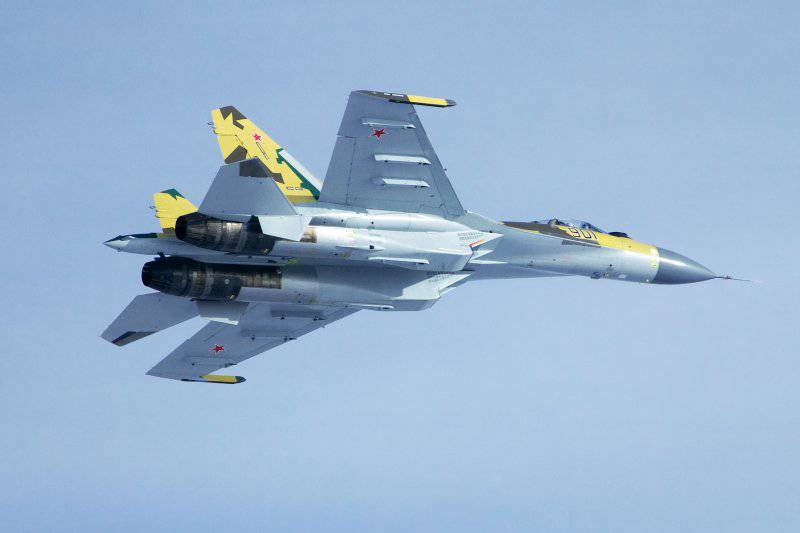 Su-35S made a flight from Zhukovsky near Moscow to Paris. Here, for the first time, he will take part in the exponential program of the opening of the Le Bourget-17 aerospace show on June 2013. For the remaining days he has to do a series of training flights. As part of the demonstration program of the exhibition, the pilot of the company “Sukhoi” honored test pilot of the Russian Federation, Hero of Russia Sergey Bogdan will lift the plane into the sky and demonstrate its flying qualities. Participants and visitors of the largest exhibition of world aviation achievements will be able to see such complex and spectacular aerobatics as spatial barrels, somersaults, a flat corkscrew, the famous “Cobra of Pugachev”.

In preparation for the Paris Air Show, training flights were conducted with the development of two sets of aerobatic maneuvers - for simple and complex meteorological conditions.

Le Bourget-2013 is the first foreign air show where the latest Su-35С multifunctional fighter will be demonstrated. It can be seen on static parking and during demonstration flights. The premiere presentation of the flight program with the participation of the aircraft was held at the MAKS-2009 air show.

Su-35 is a deeply upgraded super-maneuverable multi-generation fighter "4 ++". The used technologies of the fifth generation ensure its superiority over the fighters of a similar class. The aircraft possesses significantly better flight performance compared to vehicles-analogues and more sophisticated on-board equipment. Aircraft characteristics surpass all European 4 and 4 + tactical fighters such as the Rafale and Eurofighter 2000, modernized American F-15, F-16 and F-18 fighters and allow Su-35C to successfully counteract fifth-generation F-35 and F-F-22 and F-2400 fighters. . This aircraft, in particular, is the fastest (11 km / h at 3600 km altitude) fighter, it has a higher thrust-to-weight ratio, it has almost twice the advantage over modern French (Rafale) and Swedish (Gripen) fighters in flight range (without outboard tanks - 18 km). The aircraft Gripen NG - only one engine, that is, less combat survivability and reliability. The American F / A-35 fighter is inferior to the Russian Su-XNUMXС fighter in altitude.

Ctrl Enter
Noticed oshЫbku Highlight text and press. Ctrl + Enter
We are
ARMY-2016. Training complexesThe action “Military service under the contract is your choice!” In Rostov-on-Don: future contract servicemen, exhibitions and “Russian Knights”
42 comments
Information
Dear reader, to leave comments on the publication, you must to register.