Stealing the elite has become a serious threat to Putin 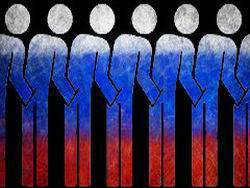 
The authorities, as best they can, fight for the cleanliness of a bureaucratic corporation — as they can, it snaps and fights. Marlezonsky ballet called "anti-corruption struggle" began long ago, and the final is not visible to him yet. Only intrigues now and then twist one more than another, citizens with amazement will learn about all the new and new criminal schemes, but they don’t know about the others. After all, among those who bring corrupt officials to clean water, there are corrupt officials.

In general, the fight against corruption can be quite clearly compared with the treatment of HIV infection. That is, we all know that, in principle, it is impossible to exterminate the virus of corruption, as it is impossible to eradicate possessiveness in principle, but the state conducts some of its “antiretroviral therapy”, thanks to which the state’s immunity is still at the proper level. True, this “damned question” from Griboedov interferes with this “treatment”: and who are the judges? That is, we know them very well by name, they don’t get off the TV screens, but how clean are they themselves, how genuinely are they fighting corruption, and how much do they sincerely believe in their success? ..

Meanwhile, corruption in Russia is greatly aggravated by the fact that the overwhelming majority of its large “adepts” feel practically invulnerable: their loyalty, sometimes hypertrophied, to the Kremlin is a guarantee. The corrupt, of course, must in principle be loyal, because he needs some guarantees. So it’s not at all surprising that oh, what a considerable proportion of bureaucrats tied up for corruption turned out to be members of one political party, which, by the way, made fighting bribe-takers one of its program priorities. What does this mean in practice? And the fact that the main corrupt officials in Russia, according to statistics, are doctors and teachers.

In February of last year, a truly shocking news: in the city of Pavlovo, Nizhny Novgorod region, law enforcement agencies detained ... An 90-year-old female doctor, a blockade who “took bribes” with food. No one argues with the fact that everyone is equal before the law, but well, the gallant Investigative Committee is clearly struggling from the wrong end. Patients accept food and even small rewards, as reality suggests, not at all from a good life. And somewhere much higher than the blockade-doctor Antonina Antonova, the official Vasily Pupkin (all coincidences are accidental) sits, on which her position directly depends and which should not be like this: money from the budget goes on regularly. But Pupkin is not tugging: he is an important and necessary person. He can, at the right time, mobilize an obedient, budget-dependent electorate and make a weighty contribution to the victory of the party, some of whose representatives, I remember, called history with doctor Antonova "an obvious bend". Greater corruption gives rise to petty. But if for the first one there is a free choice, greed for money and power, then for the second one is at times elementary need.

And finally, to bring all these "Basil Pupkin" with large bellies, on which the jackets do not converge, to clean water ... but something our valiant consequence is not in a hurry. Although the head of state does not get tired of repeating the blatant facts of embezzlement. And he doesn’t just speak, but he demands that he pound the table with his fist.

In vain knocks. At least, the authors of the article in the American edition of Foreign Affairs, an article analyzing the “anti-corruption campaign” conducted in Russia, say so. The well-known Russian economist Vladislav Inozemtsev and the Bulgarian political analyst Ivan Krastev, in their joint work “Putin’s Self-Destruction” (“Putin’s Suicide”), argue that the ongoing anti-corruption campaign in Russia with all its obvious advantages can be a stick for the government’s image on two ends: this struggle in itself can deprive the current regime of legitimacy. However, the authors chose a somewhat strange example of a “vivid example”: for some reason they remembered the “dry law” introduced by Gorbachev, who, in their opinion, became the “grave-digger” of the regime. However, with the very promise that the anti-corruption struggle now being waged "on all fronts" may be fraught with Putin, it is difficult to disagree.

Under the conditions of total “manual control”, when the notorious “vertical” turned out to be only the imagination of the president himself, the real, and not declared, struggle against bribe-takers in the high political atmosphere can indeed be fraught with the Kremlin. It is precisely because (it is important to understand!) That the inactive vertical, when any small clerk thousands of kilometers from Moscow can give a damn about the disposal of the Kremlin, realizing that he most likely will have nothing for that, and if he does, then not immediately you can have time to slip away. The people, seeing the inability of the authorities to appease the voracious beast, is about to be ready to grumble. After all, declarations are declarations, but utility bills from them will not be less.

But the doctor from the district clinic will be planted.

In a conversation with a KM.RU columnist, the Chairman of the Anti-Corruption Committee of Russia, Kirill Kabanov, noted that the fight against corruption, with all its flaws and risks, is needed as a guarantee of preserving the state as such:

- In fact, opposition to the control system by the elite has been going on for a long time, and the assertion that an active fight against corruption will inevitably lead to some negative consequences is nonsense. If such a struggle is not waged, the control system itself, even if it is such today, will be destroyed. Then officials tied with corruption schemes form a kind of “corporation”. Yes, strictly speaking, today such officials are uniting locally and blocking unfavorable decisions from the center. Their tasks are radically different from those declared by Putin. They do not connect their lives and the lives of their loved ones with Russia, and they live by the simple principle of earning money here as long as there is such an opportunity.

So, the now caught part of the elite is already a serious threat to the current government, and to the country in general. The fight against them must first be effective, but there are certain concerns in this area. In the struggle there should be no kinks, the change of elites should be done carefully. There should not be some kind of nagging, let someone continue to think that the current fight against corruption is not being actively pursued. In priority - efficiency.

Ctrl Enter
Noticed oshЫbku Highlight text and press. Ctrl + Enter
We are
Awesome calm in Russia. Who does not like the anti-corruption campaign and the nationalization of elitesIndependent expert report "Putin. Corruption"
Military Reviewin Yandex News
Military Reviewin Google News
101 comment
Information
Dear reader, to leave comments on the publication, you must to register.