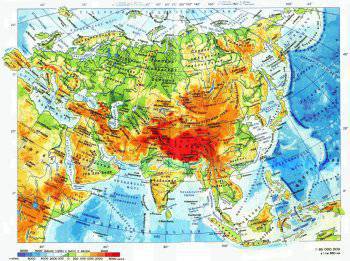 
In the global historical context, economic integration in the Eurasian space is a logical and logical process. In the context of globalization and increasing competition around the world, there is a steady trend towards the emergence and strengthening of regional economic associations. In view of the continuing crisis phenomena in the global financial and economic system, the integration processes become even more relevant and significant. United States united by common interests and tasks more successfully operate in the global economy, gaining real competitive advantages.

The states-participants of the Commonwealth of Independent States are also following the path of building up multilateral cooperation. Today, in accordance with the principle of multi-level and different-speed integration in the CIS space, various
integration formats: the Eurasian Economic Community (EurAsEC), the Organization of the Collective Security Treaty Organization (CSTO), the Customs Union (CU), the Common Economic Space (CES). They seamlessly complement each other, creating a broad partnership platform.

At the same time, the interests of our citizens, the task of maintaining and strengthening traditional ties between countries are put at the forefront. The objective advantage of our association is the linguistic community, similar ideological and life standards, well-established production models of interaction.

The core of Eurasian integration

As the leadership of our country has repeatedly stressed, Eurasian integration is the strategic choice of Russia. At the same time, the development of cooperation within the most complex and deep integration formats - the Customs Union and the Common Economic Space of Russia, Belarus and Kazakhstan - is of particular importance. It is these three countries that became the core of Eurasian integration.

The guidelines for the future work of Moscow, Astana and Minsk are set forth in the Declaration on Eurasian Economic Integration adopted at the Summit of the Supreme Eurasian Economic Council 18 in November 2011.

The course towards further development and deepening of the Eurasian integration processes was confirmed during the regular meeting of the Supreme Eurasian Economic Council at the level of heads of state during the December 19 held in Moscow 2012.

Currently, all the main activities have been carried out to create and ensure the functioning of the Customs Union. A unified regulatory system has been established in many key economic areas. A unified system of foreign trade tariff, non-tariff and customs regulation, conducting a coordinated policy in the field of technical regulation, the application of sanitary, veterinary and phytosanitary measures has been formed.

From 1 July 2011, the customs, sanitary, veterinary, quarantine phytosanitary, and transport state control was transferred from the Russian-Belarusian and Russian-Kazakh border to the external border of the Customs Union.
Fully formed a single Customs territory of the Customs Union with the free movement of goods within it and a single approach to all goods. Eliminating administrative barriers greatly facilitates business operations not only for national operators of the three countries, but also for foreign businesses.

Work is proceeding systematically to create the Common Economic Space of the Troika. Since January 1, the 2012 package came into force on the basis of the 17 agreements that form the contractual and legal framework of the SES. In the development of this base package before 2015, it is envisaged to adopt more
fifty international regulatory documents, as well as make the necessary changes to the national legislation of Russia, Belarus and Kazakhstan.

By creating a Customs Union, the parties ensured the freedom of movement of goods. Introducing the package of international agreements of the SES, they also provided the prerequisites for the free movement of services, capital and labor resources. In the long term - an exit on realization of the coordinated monetary and macroeconomic policy.

New integration formats already bring quite concrete practical returns. It is expressed not only in figures of growth in GDP and mutual trade, although they are significant. For example, in the first six months since the beginning of the full-scale operation of the CU in July 2011, the volume of mutual trade of the States members of the Customs Union has grown
almost 40%, January-September 2012 g. - 10%. On the whole, for the CU / CES states, the increase in 2012 produced in January-September was 4% compared to the same
2011 period of the year, incl. Russia's GDP - by 3,8%, Belarus - by 2,5%, Kazakhstan - 5,2%.

An important element contributing to the deepening of Eurasian integration is the creation of the Eurasian Economic Commission (EEC). The Commission, which began work on 1 in February 2012, is a single permanent regulatory body of the Customs Union and the Common Economic Space. In accordance with the agreements on the SES, as well as the Treaty on the Eurasian Economic Commission, a number of functions and powers have been transferred to the supranational level of the EEC. The Commission took over the issues of customs tariff and technical regulation, the establishment of trade regimes in relation to third countries, competitive, macroeconomic and energy policy, a number of other positions.

It is fundamentally important that the decision-making mechanism within the framework of the ECE excludes the dominance of any member state of the Customs Union. Its governing body, the College, consists of three representatives from each of the troika states. The Commission becomes a key structure in the Eurasian space. Gradually, the CU and SES states will transfer more and more new powers to it.

Possible expansion of the integration project

The Russian side regards Eurasian economic integration as an unconditional priority of its work in the CIS space. The promotion of integration processes within the framework of the “troika” does not mean a desire to distance itself from other countries. On the contrary
From the very beginning, the Eurasian project was conceived as a structure open to other states, primarily members of EurAsEC and CIS members. At the same time, it is important that countries that have expressed a desire to join the Eurasian integration project not only share its goals and principles, but also really be ready for their implementation.

The countries of the CU and the SES are striving to further strengthen comprehensive mutually beneficial and equal cooperation with other countries and international integration associations, with a way to create a common economic space. We are sincere
they are interested in that the nearest neighbors would not be placed artificially before a difficult choice between the “western” and “eastern” vector of development, but could participate in the integration processes throughout the Eurasian space.

For citizens, the removal of migration, border and other barriers, the so-called “labor quotas”, will mean the possibility to choose where to live, get an education, work without any restrictions. By the way, in the USSR, with its institute of registration, there was no such freedom. ”

All this does not mean the restoration of the former USSR. This is impossible due to objective circumstances, and this is not necessary. This will be a qualitatively different, equitable unification of states, based primarily on a common economic interest. The policy in this case will objectively adjust to these interests. No doubt, with time, other CIS countries will be able to enter into such a union.

Ctrl Enter
Noticed oshЫbku Highlight text and press. Ctrl + Enter
We are
The Decline of American Political Institutions ("The American Interest", USA)Astana should become the capital of the Eurasian Union: Nazarbayev’s reply to Putin
Military Reviewin Yandex News
Military Reviewin Google News
48 comments
Information
Dear reader, to leave comments on the publication, you must to register.