Pushkov: The United States will not succeed in disrupting integration processes in the post-Soviet space 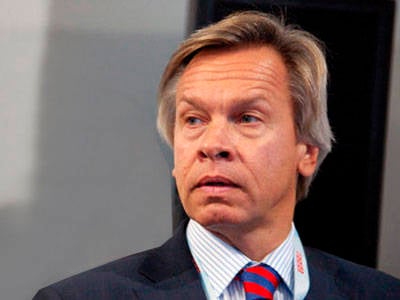 The United States will not succeed in disrupting integration processes in the post-Soviet space. This, as a REGNUM correspondent reports, was announced at a press conference on 10 in June by Alexey Pushkov, head of the Russian State Duma Committee on International Affairs.

According to Pushkov, Russia does not need accession to the EU, it is natural for it to look for opportunities to create an integration group in the post-Soviet space in which it will play a "very significant role." "This is what is happening now," he said.

As REGNUM news agency reported, December 6, US Secretary of State Hillary Clinton, during a meeting with Russian Foreign Minister Sergei Lavrov, said that Washington is trying to prevent integration processes in the post-Soviet space, which it considers Russia's attempt to recreate the new version of the Soviet Union. According to Clinton, there is a movement aimed at re-Sovietization of the region through the creation of the Customs Union, the CES and the Eurasian Union.