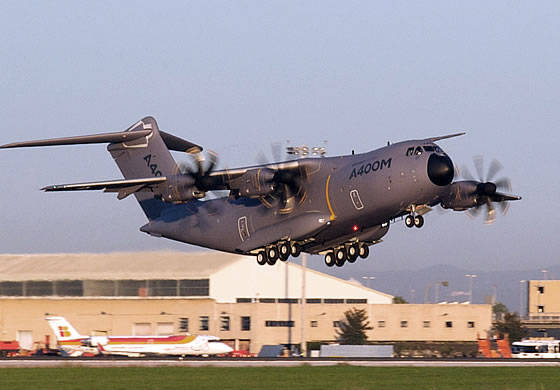 Airbus Militery announced the launch of a flight test of the second serial ATS-400M (MSN008) at the plant in Seville (Spain). The first flight took place 7 June.


This aircraft must be handed over to the French Air Force in the third quarter of 2013.

According to Cedric Gauthier, A-400M Program Manager, the first flight of MSN008 was somewhat delayed due to the small delay associated with the transfer of the first production aircraft, MSN007. The MSN007 acceptance process continues, the handover ceremony is to take place in late June or early July.

Currently, parts with long production times have been ordered for A-400M aircraft according to MSN032 inclusive.