How Britain 400 years solved the problem of a difficult childhood

6 2013 June
20
Stumbled today on this material and was horrified. Very similar to the birth of juvenile justice. 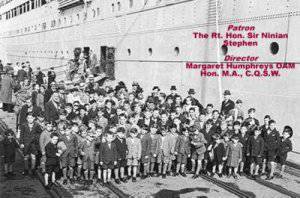 In 2009, the prime ministers of Britain and Australia apologized for the program to send thousands of children to the former British colonies in the 20 century. According to her, “children from poor families were sent for a“ better life ”to Australia, Canada and other countries. However, some of these children were mistreated there, many became farm laborers on farms. ”

This system existed only in Britain. And there was ... almost 400 years! The initiative was made already in the 17 century! In 1618, the first group of children was taken to the British colony of Virginia in America .... The government of enlightened Britain, the ancestors of European freedom and democracy, it turns out, not only convicts sent to distant overseas colonies! It also took tens of thousands of small children there.

For a start, these were real orphans, but in the end, children from large families of poor families, who could hardly make ends meet, began to fall under this program. England entered the heyday of human rights. The government was forced to carry out any kind of social policy, to arrange shelters for children and pay benefits for their maintenance to the poor. But bureaucrats all their lives were bureaucrats. We decided to save. Keeping children in distant overseas colonies was much cheaper. 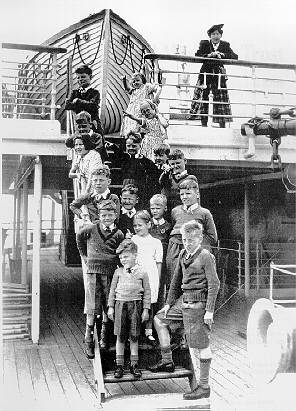 In addition, the question of the successful distribution of the British gene pool in the lands of the Commonwealth was “successfully solved” ...

It is significant that only children belonging to the Caucasians fell under this program. That was how the idea of ​​strengthening the racial unity of the British Empire was carried out. It was necessary to inhabit the lands of the empire with real British ...

The worst thing is that children were simply separated from their families. At the same time, the children were told that their parents had died, and their parents had been informed about the death of the children! The babies (the youngest was 4 of the year, the eldest of 14 years, most of the children - 7-10 years) were loaded on ships and taken away to Canada, New Zealand, South Africa, Zimbabwe and, mainly, to Australia. By the most conservative estimates, this is about 130 of thousands of children ... Especially the British government has become adept in this matter after World War II, when it was especially tight. Predominantly then migration was carried out to Australia. According to statistics, during this period (40-60 years of the 20 century), about 10 thousands of children and 7 thousands were taken from England to England.

As they write in articles on this subject, the children of which were taken far from what was familiar and expensive to them, the gold mountains to the skies promised from their fathers and mothers ... Oranges and Sunshine (oranges and sunshine). They were told stories about “the land of Milk and Honey”, where they will live carefree, ride to school on horseback along the road, tearing the fruits off the trees growing on the side of the road ... But in the end everything turned into a terrible reality. Separated from those to whom they were really expensive, the children found themselves in a completely uncontrolled environment, where no one was concerned about them. They did not have passports or any more or less identity cards. They were no one. Often during transportation, brothers and sisters were separated, communication with parents was completely lost. 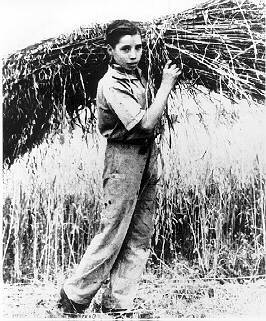 In spite of the fact that practically quite decent organizations were engaged in this - various Catholic missions and boards of trustees, glaring lawlessness reigned here. In Canada, some children were settled in farmers' families, and this was probably the best option, except for the fact that these farmers did not care at all about adopting children and did not hide the fact that they needed them as free labor. There were even a few terrible trials about the killing of such children by adoptive parents. As for Australia and New Zealand, overwhelmingly, the children either went to numerous faceless Catholic orphanages, or immediately loaded onto the truck as cattle and were taken to the outback to the plantations, where they were shamelessly used as laborers.

It is now recognized that the conditions of detention of children in those institutions were simply blatant and a dozen orders lower than similar institutions in Britain itself. Education was given to children to a minimum, physical punishment, heavy and overtime work, unsanitary conditions, a complete lack of safety measures, and sexual harassment flourished. There are numerous scandals about this. Dozens of cases of suicide kids. Hundreds of physically crippled, thousands of crippled morally.

This shameful practice ended only in 1967 year ...