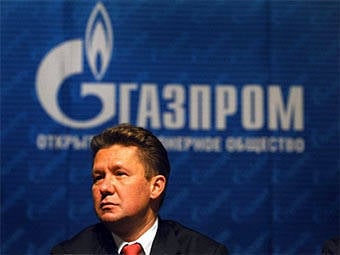 Experts started talking about the imminent dividing of Gazprom into transport and mining companies. Shards may be more. This is in bad agreement with what the Kremlin has adhered to over the past ten years: they say, Gazprom has been effective only in the form of a multi-armed monster, and the same transportation component is of no business interest. According to the official version, the point of view on the section was forced to change the pressure of the European Commission and the "shale revolution" in North America. Informally, a new hack of national wealth is being prepared.


The main nipple of the country

No legislative initiatives on the future of Gazprom have yet been put forward. There are only media reports about closed meetings with the president in Novo-Ogarev, and links to anonymous government sources. On the other hand, pro-Kremlin experts were noisy, proving that the division of Gazprom in the current situation is necessary. And it is alarming: it is very similar to preparing the ground for a scandalous decision.

Today, Gazprom produces more than 8% of GDP and gives 20% of revenues to the federal budget. That is, almost all of the power block can be maintained for his deductions: the Armed Forces, the Ministry of Internal Affairs, the Investigative Committee. In 2012, the concern’s turnover was 4,7 trillion. rubles, 404 thousand Russians worked at its enterprises. In recent years, the main problems of Gazprom have been associated with the transit of gas to Europe through the territory of Belarus and Ukraine. But in the first case, it was possible to achieve complete victory, in the second - a reasonable compromise. The Nord Stream 1200-kilometer gas pipeline from the Leningrad Region to Germany was laid along the bottom of the Baltic Sea. By 2015, the South Stream will pass along the bottom of the Black Sea. Both projects are concessionary; companies and governments of Germany, France, Italy, Austria, the Netherlands participate in them. And one of the few advantages of Russia's accession to the WTO is the expansion of Gazprom’s access to the gas distribution system of the European Union.

It seems that the affairs of the gas corporation are going fine, and by the year 2030 an almost double increase in the export of Russian gas to Europe is expected - to 500 billion cubic meters. It seems that European partners are happy to invest in joint projects. And here pro-government experts are beginning to argue that the Third Energy Package, adopted by the European Commission, may close Gazprom’s routes to European markets.

“An energy package is a set of rules that prohibits players who simultaneously extract, transport and sell gas from working on the EU market,” says economist Andrei Bliznets. “But the Third Energy Package was adopted as early as 2009, and for some reason, Gazprom is working quietly. During the gas war with Ukraine, it became obvious that there was no alternative to Russian gas. The European Commission is said to have launched an investigation into the monopoly of Gazprom in the markets of Eastern Europe. Similar investigations were once carried out against General Motors or Exxon, but this has never led to an embargo in any form. Moreover, it could not have been the reason for the decision of the authorities to divide the corporation. In Saudi Arabia, the state-owned company Saudi Aramco controls all of the country's oil fields (a quarter of the world’s reserves) and has a huge fleet of supertankers to which it transports hydrocarbons around the world. In a way, monopolists are oil producing companies in China, Kuwait, and Venezuela.

A possible section of Gazprom is said to be sped up by the “shale revolution” in the United States and Canada. This is the name given to the progress in the extraction of natural gas from shale: allegedly, gas can now become cheaper. Plus, the Japanese are ready to begin industrial production of underwater gas hydrates. Even Middle Eastern liquefied gas, which is no longer in demand in America, creates competition for Russian gas producers in Europe. Moreover, the binding of gas prices to oil prices, which is spelled out in Gazprom’s contracts, may collapse. But what does the section have to do with it? After all, President Vladimir Putin in October 2012 said that we should not follow this path: "If we separate the transport, the transport component simply dies by itself."
“The situation is very similar to the 2004 year, when, under the pretext of fighting terrorists, the election of governors was canceled,” says political analyst Dmitry Baranov. - The link between Gazprom’s division and the situation in European markets is just as unclear.

The idea of ​​dividing Gazprom has been proposed by various forces since the creation of the concern. At the start of the 1990's split, experts from the IMF and the World Bank suggested. Under the presidency of Boris Yeltsin, nine serious attacks against Gazprom were singled out, when the gas industry was tried to be privatized, like the oil industry. It all ended the same way: Rem Vyakhirev meets with the president in the Kremlin, Gazprom undertakes to preserve domestic tariffs, to support social programs. Evil tongues talked about suitcases with cash dollars, which were recorded in some offices.

In 2003, the idea of ​​dividing Gazprom was embodied in the project of the Ministry of Economic Development and its head German Gref. But Vladimir Putin made it clear for many years to come: the gas concern is a brand, a symbol, a national treasure. Since then, no one dared to seriously propose the division of Gazprom, but strange things began to happen to the assets.

In 2004, Gazprom sold its subsidiary Sogaz for 1,5 billion rubles, while its market value, according to economist Vladimir Milov, was 40 times more - 60 billions. The buyer was Rossiya Bank, which is associated with Petersburg businessmen Yury Kovalchuk and Dmitry Lebedev. In 2006, the Gazprom Pension Fund Gazfund, whose reserves alone amounted to 300 billion rubles, was bought by structures of the Bank of Russia for 880 million. In 2007, the great and mighty Gazprom suddenly decided to part with Gazprombank under a scheme of money-free exchange of shares instead of selling directly to the market. As a result, the bank, which is estimated at 750 billion rubles, did not bring real money to the gas corporation. Its new owner was the same bank “Russia”, which received the assets of Gazprom-media that hung on Gazprombank: NTV and TNT channels, Radio Ekho Moskvy, Itogi magazine, etc.

After coming to power, Vladimir Putin made a series of efforts to return Gazprom’s shares to the state. But a few years later, a strange disappearance of 6,4% of shares from it by the market value of 600 billion rubles occurred. In 2003, the balance of subsidiaries of Gazprom included 17,4% of shares, and 2007 - 0,3%. Officially, 10,7% passed the state-owned company Rosneftegaz, the fate of the rest did not interest any of the law enforcement agencies. Oppositionists estimate the value of assets withdrawn from the corporation at 1,8 trillion. rubles. The same amount is made today by Gazprom’s debts, and the price of gas for ordinary Russians has increased over 10 years from 350 to 4500 rubles per cubic meter. That is 13 times!

Over the past 10 years, Gazprom, in fact, has ceased to be a monopolist. Now Novotek, controlled by a businessman from St. Petersburg, has the right to sell Russian gas abroad. Gennady Timchenko. Through its structure, the lion’s share of Russian oil is exported, they produce about 60 billion cubic meters of gas and expand production at the largest Yamal-South Tambeyskoye field. Prior to 100, billion cubic meters plans to increase production and Rosneft Igor Sechin, which recently swallowed Itera and TNK-BP, and is also awaiting an export license.

New players are trying to transport liquefied gas by tankers, while Gazprom still controls all the main pipelines. The division of the gas corporation would have been in the hands of Timchenko and Sechin. First, the monopoly would finally collapse. Secondly, the construction of pipelines already pumped budget money. Third, when dividing Gazprom, the distribution of shares of two new legal entities is not obvious. And the administrative resource works wonders.