Liberals have declared war on us. Need to defend 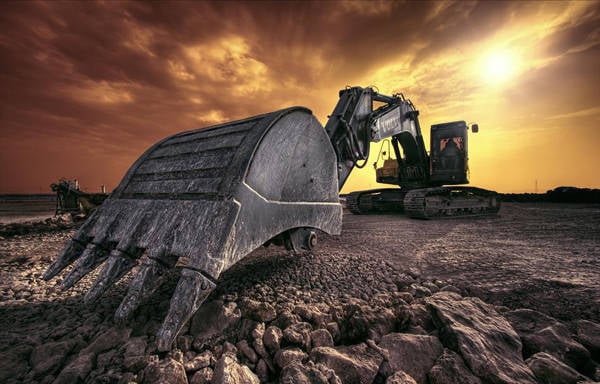 On the Meeting of the School of Common Sense (22.05.2013) the idea of ​​the need for a distinctive national, and perhaps supranational, idea uniting the peoples of our country was voiced. Ideas that give people a high purpose for existence.

In my opinion, this is a very correct question. I touched on this topic in the article "Who needs what". Now, with a new urgency, I felt its extreme necessity and urgency. People of Slavic culture can have more than fashionable iPods, pretentious costume jewelry, meat delicacies and Turkey “on inclusive” need a high goal in life. Super task justifying existence. The idea of ​​a planetary, universal nature.

We have no illusions about socialism, but the memory of the nation-wide idea of ​​building a just society to all the inhabitants of the planet causes nostalgia for “strenuous” times.

Indeed, people formed in the Soviet state remember not only the queues for sausage and tights, but also high impulses of the masses, labor heroism and the burning of the spirit. The shock Komsomol constructions of the North, the exploits of geologists and sailors, designers and teachers, scientists and inventors - this is not a patriotic agitation. This is the reality that we saw with our own eyes. The reality in which we lived and participated. What prompted us to work miracles at work, what turned the population of the USSR into a fraternal Soviet people. The people, in which there were practically no national conflicts, where the Russian could be friends with the Chechen, and the Azerbaijani with the Armenian.

Now it's all lost. The pinnacle of ideology is the desire to protect the Fatherland, to preserve the family, to protect children from abuse and anesthesia. (Most of our society have weaned from even thinking about it.)

But this, unfortunately, is not enough. This will not be able to inflame the flame of the Russian spirit. People of Slavic culture in order to “get up from their knees”, unite against an internal enemy (a corrupt, soulless scavenger or agent of foreign influence), in order to forget about personal peace and security and to go “breast-feeding on a machine gun” is necessary OVERHIDE.

Where to get the answer, when it is not known from what end to undertake the solution of a similar problem?

Perhaps the wise men of antiquity will help find some kind of clue. Let's try to ask the answer to the Holy Fathers and Scripture.

From the Old Testament, we know that God, having created Adam and Eve, blessed them with the words: "Be fruitful and multiply, and inhabit the limits of the Earth."

The wonderful elder and theologian of the last century, Saint Reverend Silouan of Athos, said these words: “The young man is looking for a bride, the girl is looking for a groom. This is earthly life blessed by God. "

In these postulates, and try to look for a hint.

So, according to God's law, the goal of human existence is in the population of the earth.

The “humanist liberals” united in the “Foundations of Wildlife”, the World Health Organization and other Bildelberg clubs do not agree with this categorically. What are their stated goals, besides boundless freedoms for sexual perversions, euthanasia and drug legalization?

The most important goal (which they do not think to hide) is to reduce the population of the Earth. Resources, they say, on the planet are limited and they need to be saved for the life of future generations.

So, for Russia, for example, Western “humanists” consider the population in 15 – 20 million sufficient. Exactly so much is needed to ensure the efficiency of the "pipe", pumping Russian wealth to the West. The rest of the people are redundant. Useless "mouths" that consume electricity and food, produce waste and pollute the atmosphere. 120 to millions of Russian citizens better die quietly. And do not waste resources.

What a touching concern for preserving the life potential of the planet! What a thoughtful forethought!

Only here the same humanists diligently inhibit the advancement of breakthrough technologies that can provide humanity with cheap food, electricity and heat.

They do not need economic progress. They need power. HUGE. ULTIMATE.

Over the whole earth.

They need a guarantee of preservation of power. For endless times!

This requires control. Over all of humanity.

Question: “Why is it necessary to control ALL humanity?”

Answer: “Because the uncontrolled part of humanity can rebel controlled, and this will put at risk the power of“ humanists ”.”

In exactly the same way as theorists raised the question of the complete and final victory of socialism in one particular country. (Let me remind you: in a single country, the complete victory of socialism is possible. The final is impossible. The final victory was recognized as possible only within the entire inhabited universe.)

So, it is necessary to control all.

Question: “How many people are easier to control, 7 billion or 2?”.

It is precisely to facilitate complete control over humanity that “humanists” are needed, a reduction in the birth rate, the destruction of the family, euthanasia, a primitive education, the legalization of same-sex marriage, general anesthesia, universal chipization, and a slowdown in technical progress.

The idea of ​​fighting this global evil can become the very supranational idea of ​​a planetary scale capable of igniting the souls of our people. Raise them to the feat. Give them a high meaning of life.

The idea of ​​combating the venom of "liberalism" that corrupts our society. Dead all what he touches. Degrading human dignity. A person who is producing a cattle, whose purpose is to produce a useful product, and then (at the appointed hour of the owner) die quietly and without reproaches at the slaughterhouse.

The external enemy is clear - this is the global “liberalism” that destroyed the Russian empire, destroyed the Soviet Union built by I. Stalin, and now destroying the plundered Russia and the rest of the world.

The internal enemy is known - these are accomplices of Western “humanists”, debilizing our education, corrupting Russian Orthodoxy and traditional Islam, seeking to give our children to reproach sodomites. These are agents of foreign influence. They are unprincipled, burned in their conscience, corrupt.

The goal of the Russian patriot is to destroy the power of the “liberals”. Revival of society. Strengthening family, morality and ethics. Leading technical and intellectual progress of society. Population increase of the country. Providing opportunities for our children and grandchildren to live freely and morally.

THE PURPOSE OF THE WORLD-SCALE PATRIOT is the destruction of the power of “liberal” degenerates and enemies of the human race on a scale of all mankind.

“Liberalism” declared war on us hundreds of years ago. Ruthless war of annihilation. We have no choice. It has long been made for us and our descendants.

We have to die anyway.

Better to die in battle.

Ctrl Enter
Noticed oshЫbku Highlight text and press. Ctrl + Enter
We are
About Stalin and KhrushchevOn the other side of the “red” and “white”. Izborsk Club Report
Military Reviewin Yandex News
Military Reviewin Google News
129 comments
Information
Dear reader, to leave comments on the publication, you must to register.