30 May 2013
13
The Black Sea Fleet - operational-strategic association of the Navy fleet Russian Federation on the Black Sea. Recently, the Black Sea Fleet of Russia celebrated its 230th birthday. Today there will be beautiful photos of ships from this solemn event. To the Day of the border guard. 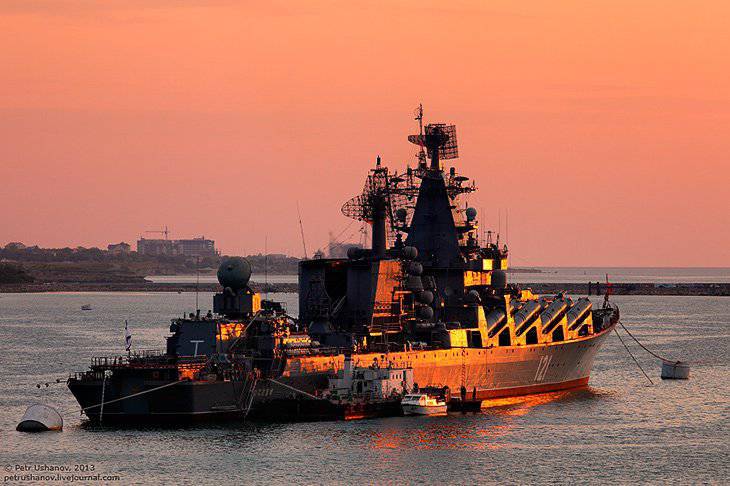 Dawn on Konstantinovsky ravelin. Beauty! Ships from left to right: the flagship of the Russian Black Sea Fleet, the missile cruiser "Moscow", the large anti-submarine ship "Kerch", the flagship of the Ukrainian Naval Forces frigate "Getman Sagaidachny" and the big landing ship "Novocherkassk": 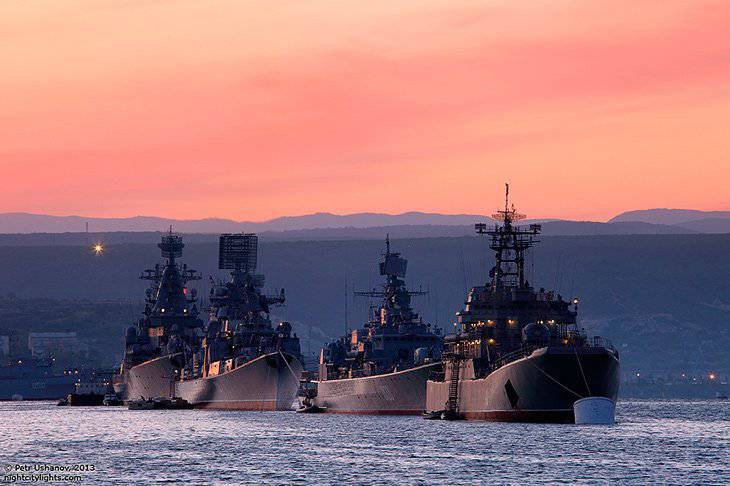 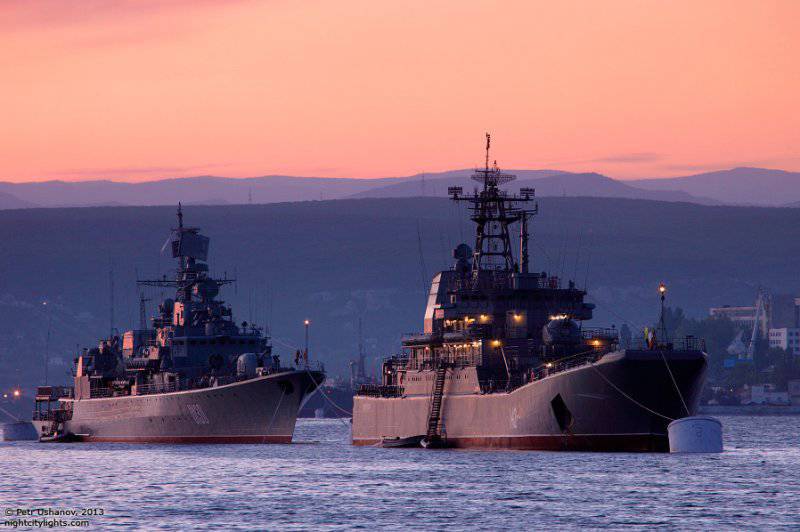 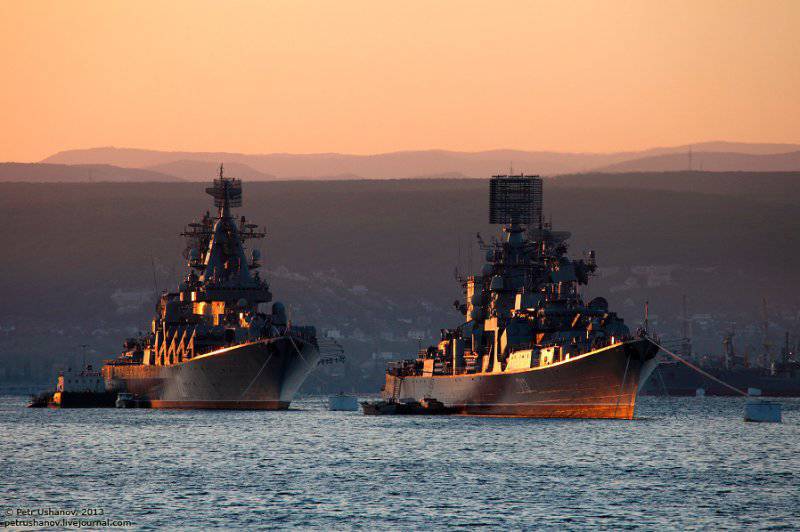 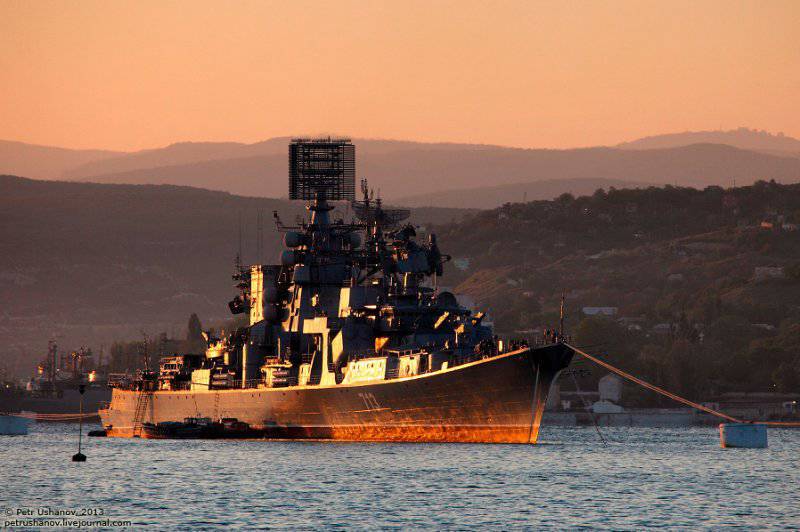 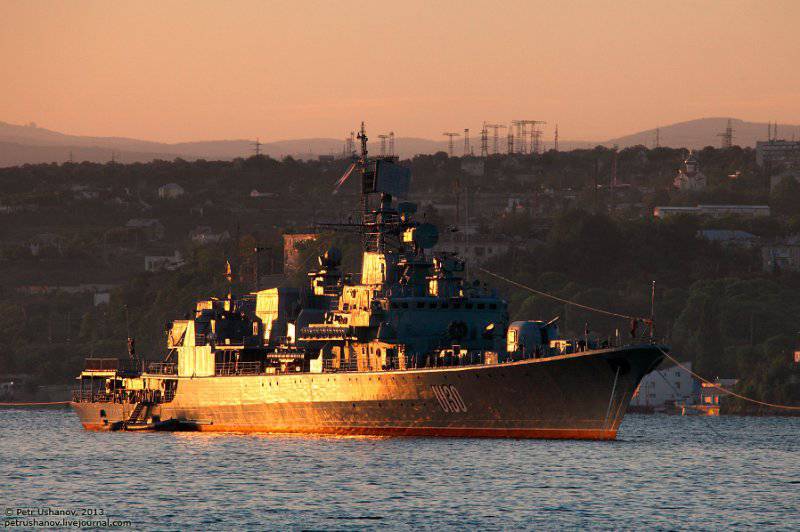 In March there was a message that maybe on the occasion of a round date in Sevastopol, they would arrange a parade of ships with access to sea, but then they decided to hold a parade on an abbreviated program when the fleet commander bypasses all ships on a boat. There were two lines of ships: this one with large ships and a line of small ships (further inland). (Clickable, 1523 x 598 px): 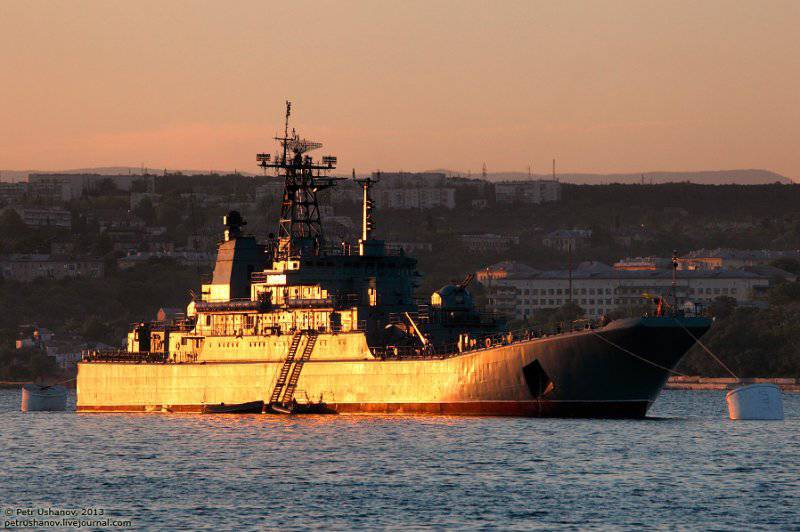 In each line of the ships was a representative of the Naval Forces of Ukraine, symbolizing the friendship of the two fleets:

The Moscow missile cruiser in the fog: 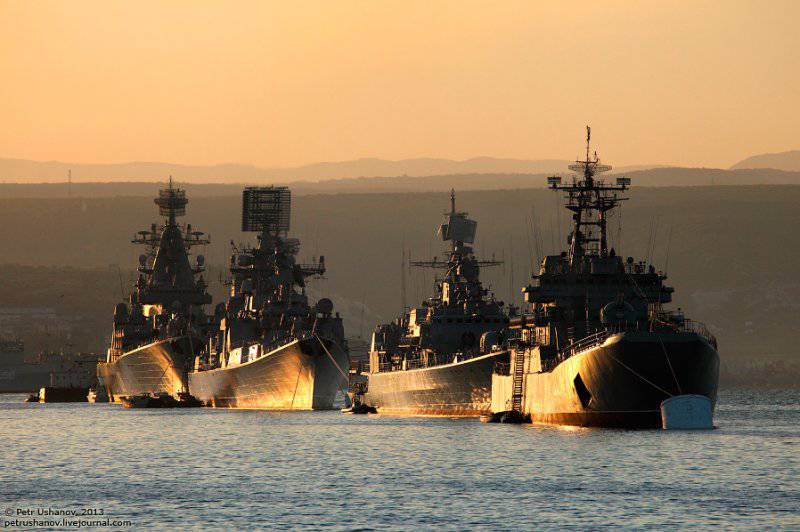 Diesel submarine of the Black Sea Fleet of Russia "Alrosa": 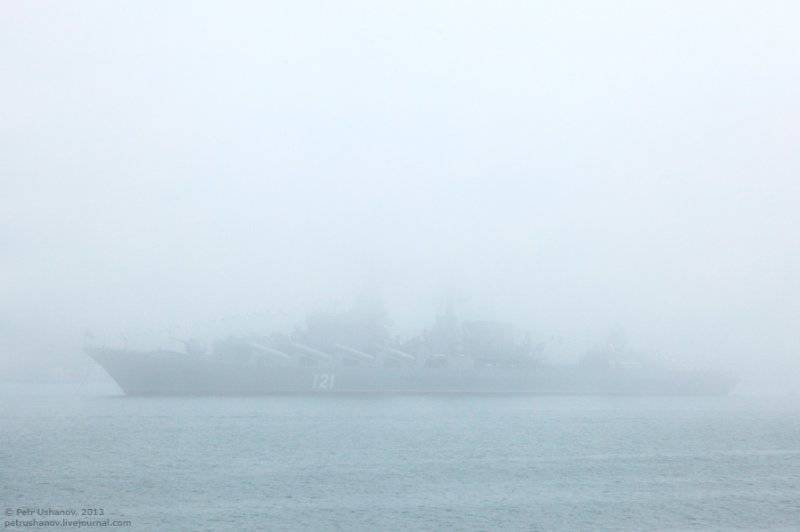 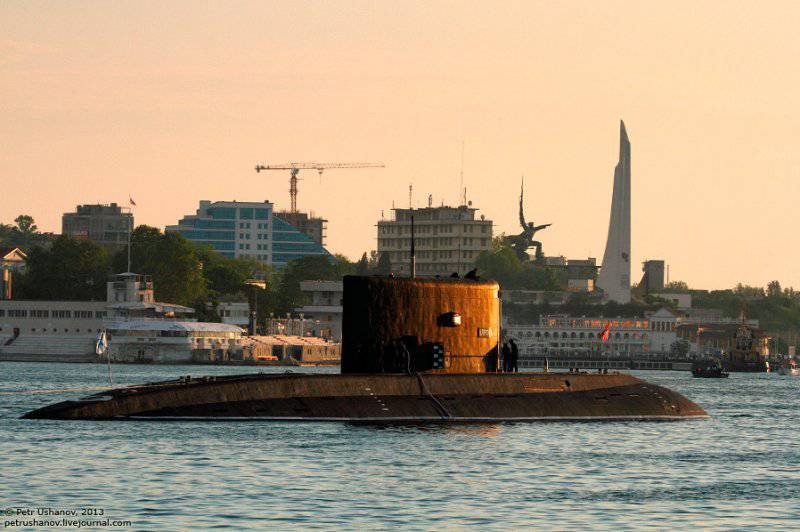 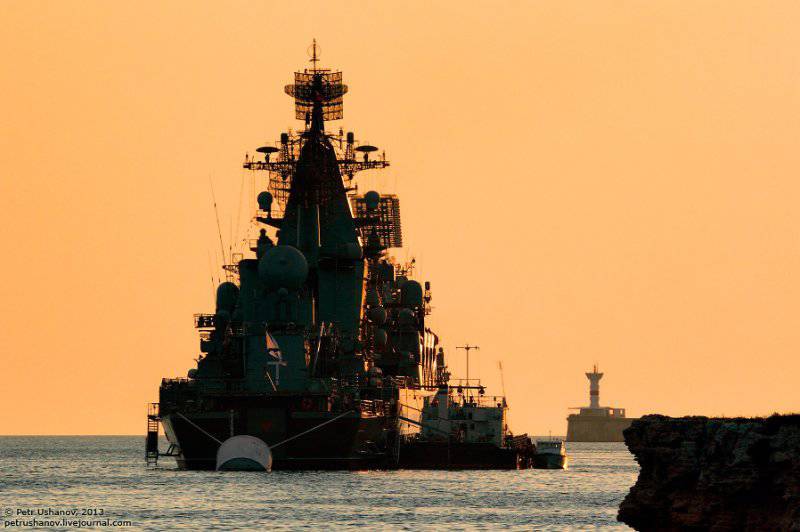 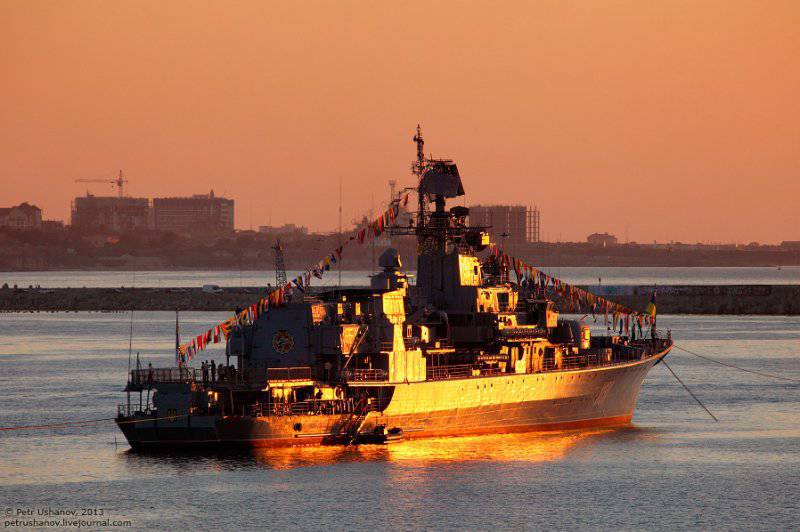 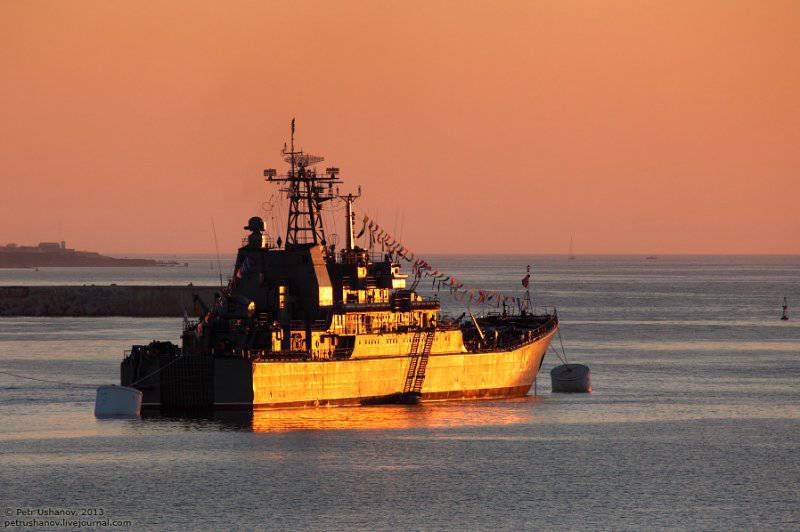 The Moscow missile cruiser is the flagship of the Russian Black Sea Fleet: 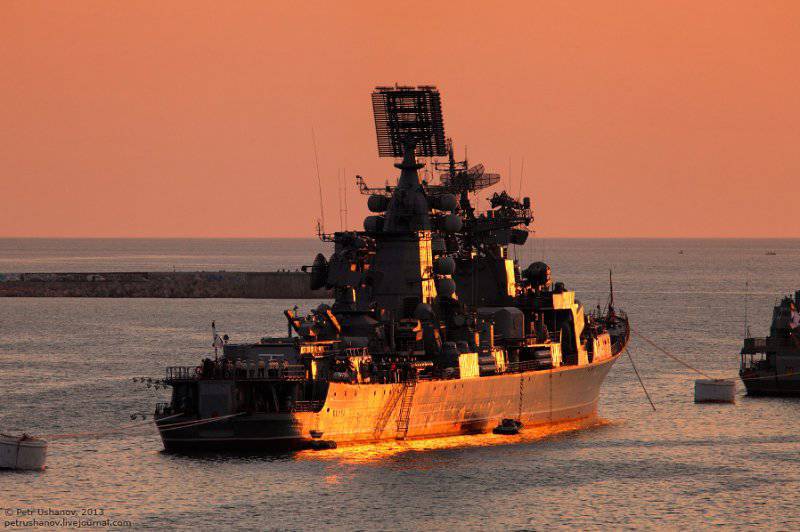 Sunny village, it's time to return to the south side of the bay ...: 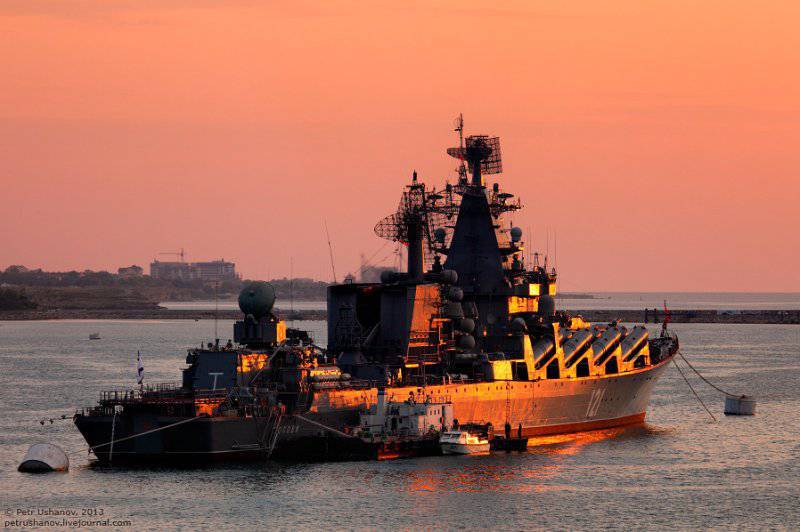 "Kerch" highlighted in the evening:

"Moscow". As it turned out, some ships have a full-time illumination, which is installed one by one during parades and holidays. : 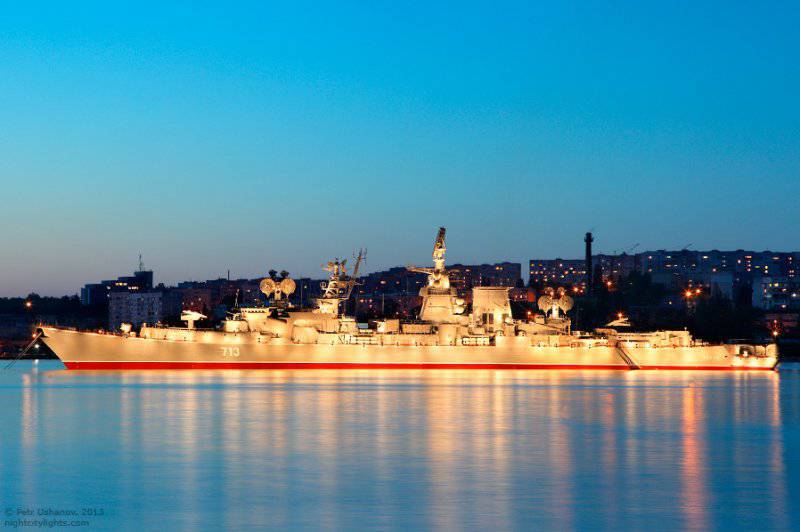 And this is the beginning of the evening celebration. Fireboat arranges a fountain on the water: 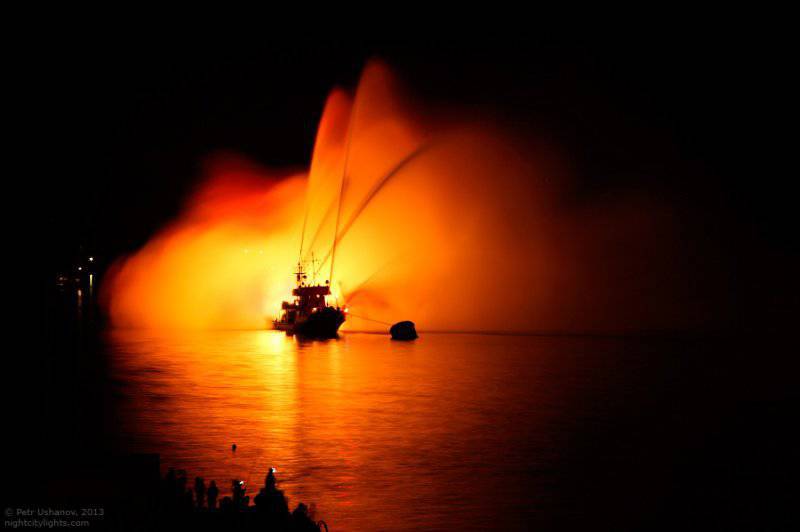 The military salute was from 3 points. I decided to shoot only this one so that there was a salute above the illuminated “Kerch” and “Moscow”. The rest of the ships had "Christmas garland" instead of lighting ... 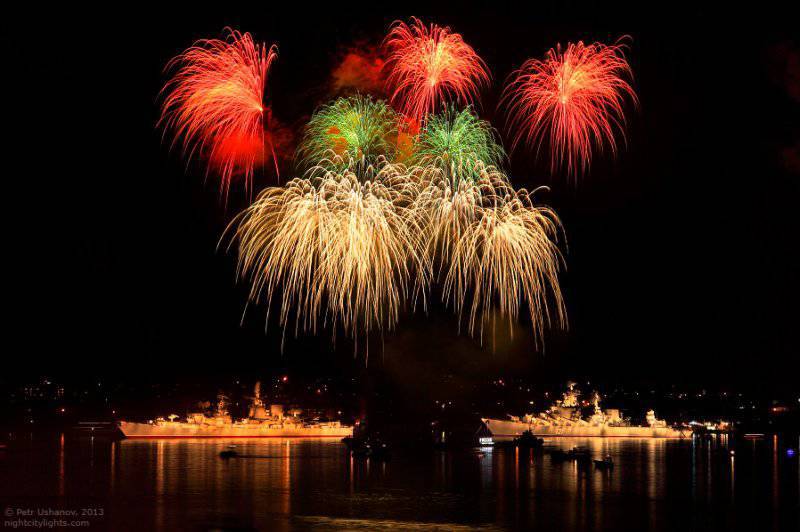 The first time, by the way, I see a similar military salute. Loved it. 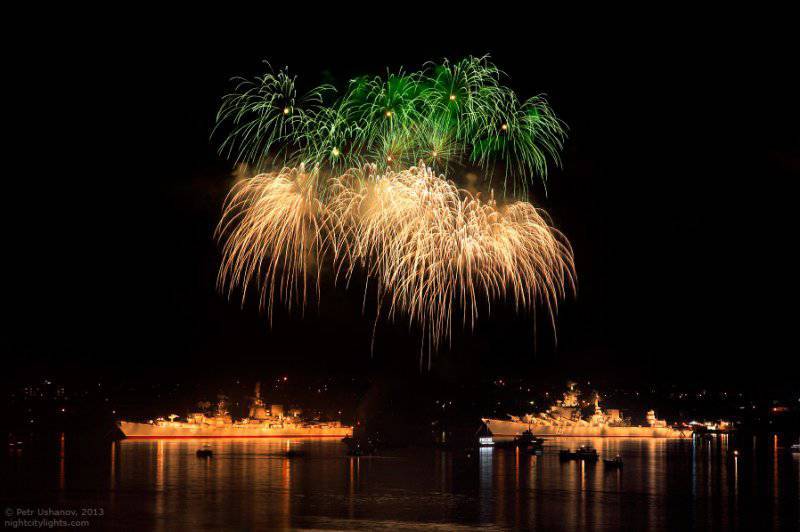 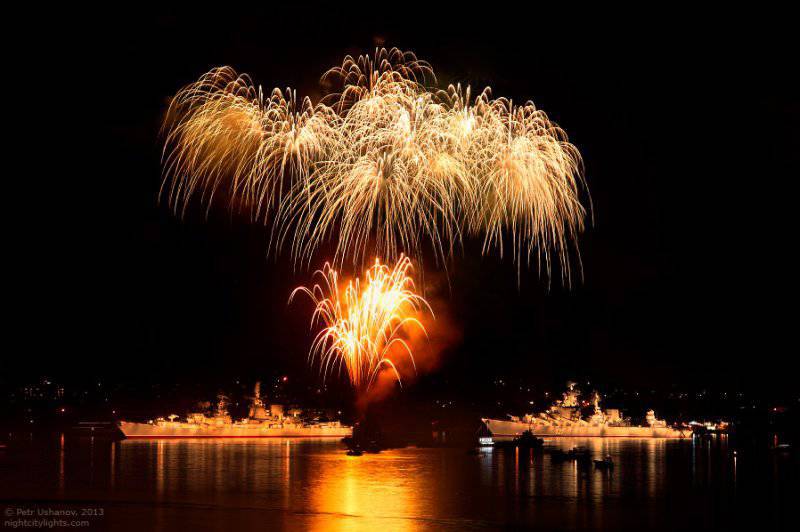 Two volleys in a row: 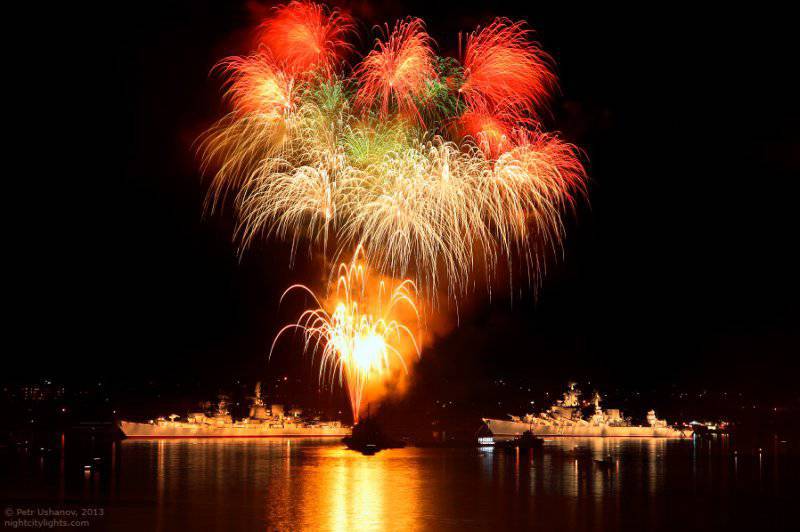 At the end of the holiday there was a short but very cute and dynamic firework from a barge. 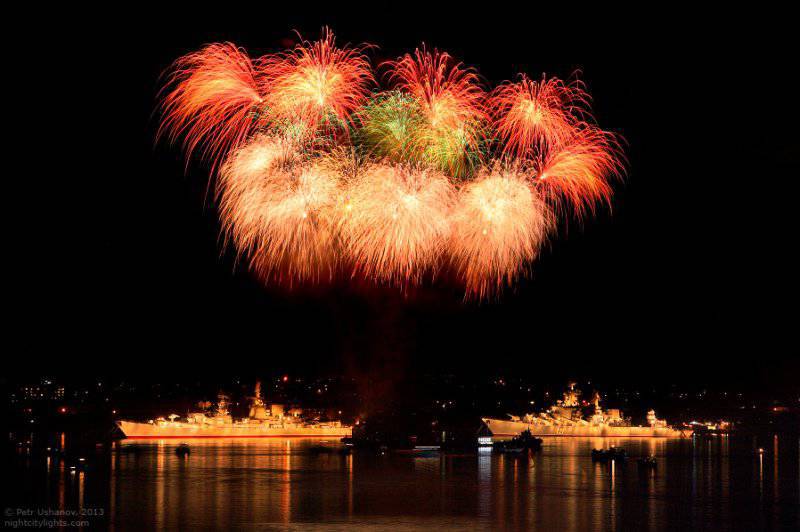