Is it time to throw? Sweden is waiting for you, giving you a big hug. Letter from Stockholm 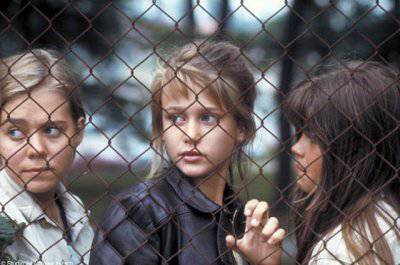 Comment on the article “Swedish socialism - a weapon of self-destruction. Death of a Swedish family "


... By subscribing to every word in the article, I can add a lot of things about something outside of Sweden without even realizing continuing to push Sweden out for some made-up first places in some made-up ratings, apparently to someone outside or within the country that is profitable.

0. There is no presumption of innocence in Sweden. A person must always prove that he is not a camel. The fact that a man camel can say any state. employee, soc. employee or policeman.

1. All laws are "rubber" in which, in order to confuse the average person, there are many exceptions points of something, the last of which always goes the point "and in all other cases". Believe it, you want to laugh, I stopped laughing for a long time.

2. Anyone / house / car can be searched without a warrant and by anyone. Yes, in large letters on "all fences" it says "no one can be searched", followed by a list of exceptions, the last paragraph of which is indicated "in other cases." Yes, it is written that a warrant is needed, then the list of exceptions, the last paragraph "and in other cases not tolerating delay." Yes. only the police, then the list "as well as the guards, as well as warriors" and the last paragraph "as well as ordinary citizens if the situation requires it" in which the citizen assumes that you are a criminal.

4. Any disliked "insolent" can be planted by the police on 8 hours into the detox, regardless of whether he took any alcohol at all, no analysis is done, no appeal is then considered, the method is applied everywhere against anyone in a row to argue with the police and aggravated by "incorruptibility "career-making molokosov in the form of fearful of catching real criminals

Anyone can be detained for "identification" forever. There is a known case when a person who refused to identify himself (to avoid punishment, the anonymous author cannot be judged) was 9 months in prison. Standard in cases of refusal to report their data in respect of the suspect is imprisonment without trial for a term corresponding to imprisonment under the violated article of the law. Those. called - the court, prison. He didn’t name himself - prison without trial.

5. No doctor ever comes home, even to infants. "Ambulance" is a visit without a queue of a certain healer to the level of a Russian veterinarian sitting in several metro stations frost in your home. Ambulance in the Russian sense, the ambulance machine, can be caused if a person “stops breathing”, the 2-3 waiting time in Stockholm hours (how many in the village I can’t imagine, it’s enough to say that the swine flu died outside the city due to ambulance It was called in the morning but "did not have time" because it arrived in the evening). There is no sense from the “ambulance” as the driver and the orderly arrive at it, without drugs, purely for transportation to the hospital where the patient is put in a queue. In the queues die regularly.

6. A visit to any doctor 1000 rubles for me with honey. insurance and Swede. citizenship. And for those who are in the country illegally, visiting a doctor is free because they don’t have the right to refuse help, and the money is not taken from anyone when there is neither an address nor documents.

7. An open lesbian was elected to the post of bishop of the Stockholm diocese. Anna Söderström, chairman of the Stockholm branch of the All-Swedish Organization for the Protection of the Rights of Sexual Minorities RFSL, noted in this connection: “The fact that such people who do not hide their sexual orientation occupy prominent posts in society helps to change our attitude towards us in general.

8. The post of Minister of Integration, responsible for the resettlement of Muslims and other Somalis among the Swedes, was elected to come to Sweden as a youth in Africa. Now this foreigner is responsible for the education of Swedish children and the appointment of Swedish rectors in the school. establishments.

9. No jury trial exists. The courts are identical to the Soviet Union and consist of a chairman and a pair of two other farts.


10. Any public servant, including not only police officers but also taxi drivers, throughout his life, even after being fired, can point the finger at anyone and say that he was threatened with words of death. In 99% of cases, state courts take the side of state employees and no evidence is required by the courts, the standard wording when sentencing is “there is no reason not to trust the prosecutor”. The term of imprisonment to 4 years in prison, if you are lucky enough to pay a fine of about one hundred thousand rubles, a previous conviction, inability to find work.

11. Stockholm subway is leased to the Chinese. Swedes carry, Swedes go, and the Chinese are responsible for a piece of paper. Therefore, when the subway is late or does not go for hours because of the snow, which the Swedes are too lazy to clean up in the winter the Chinese are to blame.

12. Envy is officially recognized national pride. Therefore, it is prohibited to paint your own private houses in other colors than the single color set for the whole street. It is also prohibited extension of extra balconies, swimming pools and other "innovations" are not like their neighbors. Compliance is monitored by helicopters and airplanes flying regularly overhead, with photos and video cameras. The Swedish villas themselves, worth at least a million euros in Stockholm, are shield birdhouses known to Russian summer residents under the name of “temporary house”. Space housing prices are necessary to keep Swedes in a state of slaves obliged to give almost the entire salary on mortgage interest as well as on the mysterious "rent" of their own "purchased" housing until death, after which the "property" often goes back to the bank because amorted no one has any money.

13. The country has officially recognized "friendly corruption" when nothing and nowhere can be solved without dating, and only relatives and acquaintances are arranged for any positions. In general, it is quite natural for a country with a population of 9 million where all resources are limited.

14. Sweden is the only country in the world where any contract or subscription including elementary Internet access to an individual cannot be terminated without a penalty or a few months “warning in advance” and the collector is the state. Any account overdue for a couple of days and even a simple friend’s debt can be sent to the state that you **** have the debtor having entered it into all registers, having deprived of the right to enter into any agreements at all.

14. but. According to Swedish law, any bill or fine must first be paid, even if it is appealed if it is wrong. As a result, the slave Swedes pay all the bills, including false ones, which have been successfully used by swindlers and local cunning who come from all over the world.

15. Anyone who has left Sweden is obliged to continue paying taxes to Sweden for at least 5 years from any income at a new place even if he paid local taxes. Any Swede is obliged to pay taxes to Sweden not only for the sale or rental of any real estate abroad, but also for owning it at the Swedish rate.

The "capitalists" who came to power began to break that small good socialist that was in Sweden (removing social support, free training, unemployment benefits) leaving control over people and strengthening their robbing (as well as offering rejection of neutrality and joining NATO) selling reserves for commercial housing, in the best traditions of the Yeltsin era.

Ctrl Enter
Noticed oshЫbku Highlight text and press. Ctrl + Enter
We are
About Stalin and KhrushchevWhat you didn't want to know about England
Military Reviewin Yandex News
Military Reviewin Google News
150 comments
Information
Dear reader, to leave comments on the publication, you must to register.