Democracy, but only in Washington 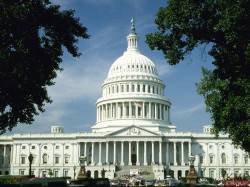 
The book of the American historian-researcher William Bloom "Murder of Democracy" is one of those rare works that literally turn the human worldview. With her revelations, she amazes even those who are well versed in the true goals and methods of the foreign policy of the United States.

The study, which describes 56 cases of secret and open US intervention in the affairs of sovereign states during the years of the Cold War, deals a strong blow to the illusions about the political processes in the world.

The book shows that the United States, contrary to their rhetoric and common opinion, was not engaged in promoting democracy in the world. On the contrary, in one state after another, methodically and ruthlessly, directly and with the hands of mercenaries, Washington destroyed undesirable movements, parties and people to bring its henchmen to power, ready to serve American interests. Not a single state, which in the twentieth century tried to take an independent course and carry out progressive reforms in the interests of its people, has not escaped the merciless American intervention. William Bloom provides unrelenting statistics.

From 1945 to 2003, the United States tried to overthrow governments in more than 40 states; suppressed more than 30 popular patriotic movements fighting against dictatorial regimes, bombed 25 countries; as a result, several million people died, and millions more were doomed to live in agony and despair.

In the Soviet era, any desire for independence in Washington was called "communism." And William Bloom argues that "Soviet expansion" and "communism" in most cases served as a pretext for American intervention. The author writes that the desire for independence and leftist aspirations were by no means imposed by the Soviet Union, but became the initiative of the peoples of the states themselves - in some cases the USSR helped them, but more often they did not.

In the early days of 2000, terrorism was replaced by “communism” as a pretext for aggression. And those states that, like Russia, cannot be attributed to such a threat, are becoming targets of harsh political pressure along the lines of "lack of democracy" and "violations of human rights."

W. Bloom's book is a textbook on true US foreign policy. It is also the most complete description of the tools of open and hidden activities of US foreign ministries and special services: from launching balloons with propaganda leaflets and forging food stamps with the aim of causing shortages and discontent of the population to terrorist acts under the flag of others and open bombardments with a mixture of defoliants and herbicides Agent Orange.

Initially, an anti-communist who dreamed of public service, William Bloom, he said, lost his illusions about American "democracy" during the Vietnam War.

In 1960, he worked in the US State Department, from the inside he saw what true American foreign policy is. As a result, his mission was to strive, as he says, "if not collapse, then at least stop the expansion of the American empire, which causes so much suffering to the whole world." Bloom did not become a communist, he was not a supporter of the Soviet system. He simply explores US interventions from the perspective of an honest historian and defender of true democracy as the will of the people. The author is not only a brilliant analyst and deep historian, he is also a famous activist, one of the leaders of protest against the imperial policy of the United States. William Bloom stands on the side of independence and self-determination of peoples, social progress and justice. He believes in the people, believes in his ability to choose the right path for himself and succeed - unless dictators set by the same Washington, police regimes and death squads do not stand in his way.

With the destruction of the Soviet Union, the United States did not change its goal setting - American foreign policy became even more aggressive in the absence of a deterrent.

Now they can bomb Yugoslavia and Libya with impunity. In Syria, as described by Bloom, the coup was organized by underground methods in 1957-1958 - today the United States is openly arming and providing combat training for terrorists as part of a forceful “regime change”. In Iran, in 1953, the CIA overthrew the democratically elected Prime Minister Mossadek along with British intelligence agencies — today they use a full arsenal of political, economic, military, and subversive methods against the Iranian leadership. “Gaddafi’s Problem”, after 40 years of continuous American attacks, in March 2011, the “final solution”, unique in its cruelty and hypocrisy, was found. As for Latin and Central America, the states of this region, which the USA has already considered as its backyard for two centuries, have not left the operational map of US open and secret operations for a day.

But the testimony from the chapter on China: “The Chinese insisted that the United States, especially in January-March 1952, dropped large numbers of bacteria and insects infected with bacteria over the territories of Korea and northeast China. They provided evidence of 38 captured by American pilots who allegedly flew deadly cargo aircraft. Many of them gave detailed details about the whole operation: the types of bombs and other containers dropped, the types of insects and the diseases they were carrying, etc. However, photographs of alleged bacteriological bombs and infected insects were published. Then, in August, the “International Scientific Committee” was created, consisting of scientists from Sweden, France, Great Britain, Italy, Brazil and the Soviet Union. After more than a two-month investigation in China, the committee submitted a report of about 600 pages with many photos and the following conclusion: “The peoples of Korea and China were indeed the targets of bacteriological attacks. The attacks were carried out using the means of the American armed forces, which used a wide variety of methods to accomplish their goals, some of which seemed to be designs developed by the Japanese during World War II. ”

Washington did everything to prevent the Left from coming to power in Italy. Another piece from the book:

We cannot know all about today's American operations, by virtue of their secrecy. But past interventions, described in detail by W. Bloom, clearly show the tactics, approaches, methods and behavioral patterns of the American empire. The only thing that changes with time is the technological support of the process - today the Internet and social networks have appeared.

“Murder of Democracy” is the third book in the “Real Politics” series, initiated by the Institute for Foreign Policy Studies and Initiatives.

The series publishes key publications of Western authors, revealing the true, real policy of the United States and its allies - in contrast to the propaganda version that we are served from Washington and the pro-American "nests" in Russia. These books for specialists are real textbooks on US foreign policy, which give an idea of ​​the American vision of the world and the means of its implementation. This is basic information, without which a true understanding of what happened and is happening in the world is impossible. And as you know, knowledge stories illuminates the understanding of the present and helps predict the future.

If you want to sit down at the notorious chessboard, you must know how such games were played in the past. "Our main task is to prevent the re-emergence of a new competitor in the former Soviet Union or in another place that poses a threat like the one that represented the Soviet Union," says the planning directive of the US military for 1994-1999 years. - We must take into account the interests of developed industrial countries to such an extent that discourages the hunt to challenge our leadership from new competitors or seek to change the established political and economic order. We must have mechanisms to keep our potential competitors from even thinking to play a more significant regional or global role. ” This strategy of the USA is implemented consistently, systematically and uncompromisingly.

Abounding with indisputable facts, details, and references to documents, William Bloom’s book is of undoubted value to a non-expert who wants to know the truth about those who today impose “democratic standards” on us.

Ctrl Enter
Noticed oshЫbku Highlight text and press. Ctrl + Enter
We are
About Stalin and KhrushchevVladimir Putin: Democracy and the quality of the state
Military Reviewin Yandex News
Military Reviewin Google News
16 comments
Information
Dear reader, to leave comments on the publication, you must to register.